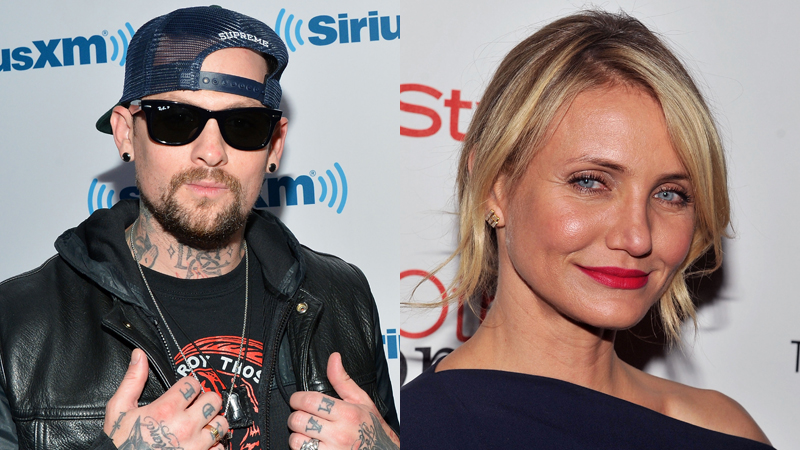 In the realm of weird celebrity couples, this one might take the cake. Good Charlotte guitarist Benji Madden and Cameron Diaz are now officially dating.

Rumors have been swirling for a while that the two are an item, but it wasn’t confirmed until yesterday, when the duo was snapped by the paparazzi walking around New York City holding hands. Reportedly, the stars were introduced by Madden’s sister-in-law Nicole Richie, who’s married to Benji’s brother Joel Madden.

Benji has been reluctant to address the rumors that he and Diaz are an item: He appeared on Australian radio program “The Kyle and Jackie O Show” Monday and was asked: “Nicole’s been matching you up with Cameron Diaz, what’s happening there?” After a pause Madden responded: “Oh Kyle and Jackie O, you know what, I’ll talk about it when I see you next week.”

Diaz has a long roster of famous ex-boyfriends, including Justin Timberlake, Matt Dillon, Jared Leto, and New York Yankee Alex Rodriguez. Meanwhile on Madden’s love resume, there’s been model Sophie Monk and Paris Hilton, so it looks like he got a serious upgrade with Diaz—at least in the fame department.