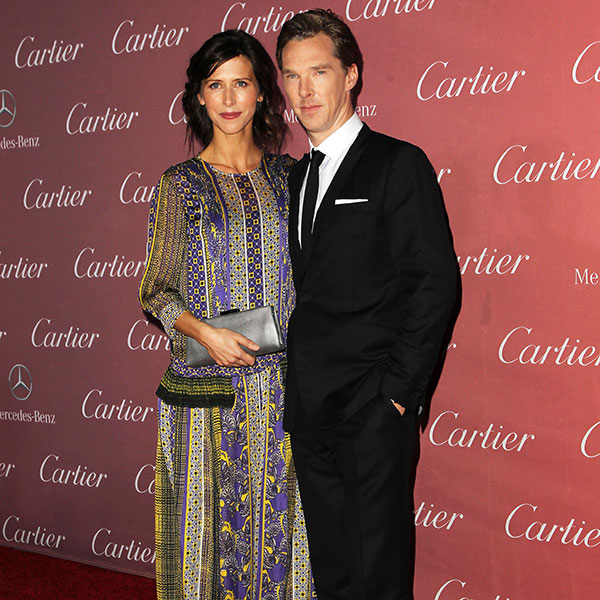 Well, that was quick. It’s barely been two months since Benedict Cumberbatch and Sophie Hunter announced their engagement, but it seems the couple is already expecting their first baby, a rep confirmed with Us Weekly.

“I am delighted to confirm that Benedict Cumberbatch and Sophie Hunter are expecting their first child,” the rep told Us Weekly. “They are both over the moon.”

Cumberbatch, 38, and Hunter, 36, got engaged in November 2014, and it seems like the pregnancy might be speeding up the pair’s wedding plans, with sources saying the couple are planning to get married earlier than originally planned–possibly in the next couple of months.

The “Imitation Game” actor, who’s up for a Golden Globe, is reportedly thrilled there’s a Cumber-baby on the way, with a source telling Page Six: “Sophie is a few months along, and both she and Benedict are very excited about it. They are also quietly planning to marry in early spring.”

We have to hand it to Hunter, who managed to conceal any hint of a bump in a floor-length Just Cavalli maxi dress and the most strategically placed purse we’ve ever seen at this week’s Palm Springs International Film Festival Awards Gala (shown above.)

This is going to be one cute baby, guys.