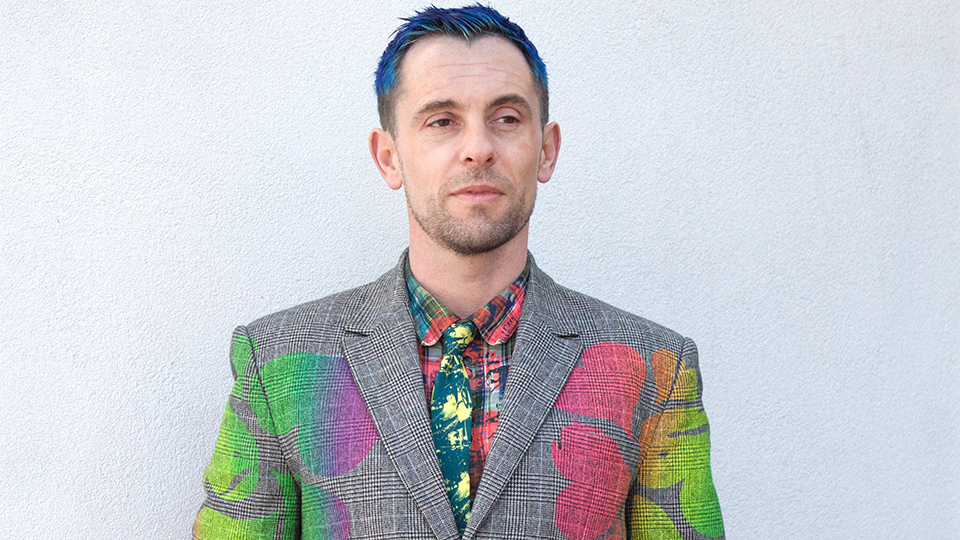 A few weeks ago, during the Super Bowl, Gwyneth Paltrow snapped a photo of her daughter, Apple, hand-in-hand with Blue Ivy Carter and uploaded it to Instagram. Both girls wore brightly patterned bomber jackets, and the GOOP founder added the caption “#superbowl50 jacket game.” (The “strong” was implied.)

So far, more than 56,000 people have “liked” the photo—but perhaps no one meant it more than Ben Copperwheat, the print designer and artist who custom-made Blue’s neon bomber.

Copperwheat, 40, is based in Brooklyn, New York, and grew up in the United Kingdom, earning a master’s degree in textiles from the Royal College of Art in London. His work is flamboyantly colorful—a riot of neon hearts, stars, and lightning bolts that he screenprints onto garments for clients such as Boy George and Liza Minelli. The Super Bowl jacket was the result of a recommendation from a friend, who works as a wardrobe assistant for Beyoncé, and occasionally picks out pieces for the younger Miss Carter as well.

“We’ve known each other for a while, and he just thought that my work, because it’s really bright and colorful and fun, would work great for her,” explains Copperwheat. It turns out he was right: In January, team Bey commissioned a few pieces for Blue Ivy to wear to the Super Bowl, where the singer would be performing during the halftime show.

“I did some mock-up digital sketches of some dresses and some shoes—stuff like that—just to give an idea of how it would look, and they really loved them and loved my work. [My friend] was showing Beyoncé directly my stuff, so that was cool, and she was a fan. They wanted to keep it light and young and obviously not really use anything dark … some of my work can be a little punky as well, so it was really just taking out those elements and sticking with the more playful things that could be easily relatable to children’s wear.”

In about a week, Copperwheat turned around a couple of jackets, a dress, and some pairs of shoes, and while so far the bomber is the only piece that’s made a public appearance, the stage was about as big as he could ask for—plus, he’s since had the chance to send the team a handful of other custom designs, including two matching bombers for Beyoncé herself. (Instagram bait if we’ve ever heard of it.) 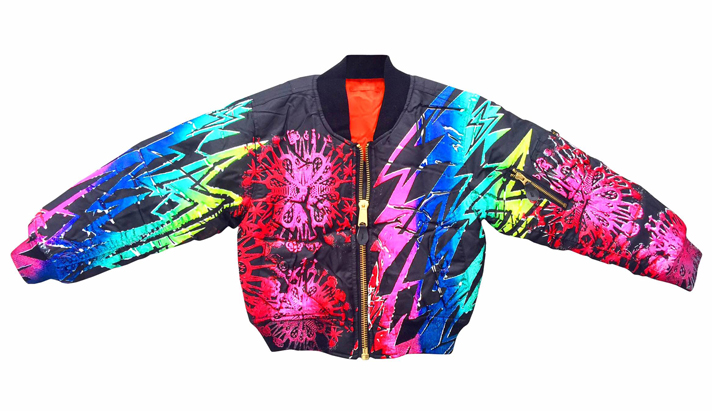 Since then, Copperwheat says he’s received several personal orders from parents who spotted the jacket on Instagram and wanted similar versions for their kids—a bespoke, toddler-sized version of the Beyoncé Effect, which sends brands’ sales through the roof when the star gives them her seal of approval.

While Copperwheat has worked with celebrities before, this is the first job with such potential for mass exposure. “It was a very quick project, but that one image came up and it just kind of blew up out of nowhere,” he says. “The nice thing about it is that it’s what I do for my work, so it’s not like I have to do something that looks completely different. It fits in with what I do and with my aesthetic.”

That kind of freedom is a rare commodity as a designer—a fact that he understands, having worked for many years as an in-house and freelance designer for brands such as Calvin Klein, DKNY, Peter Som, and Tommy Hilfiger. “Corporate jobs are very specific,” he explains. “They’re really telling you exactly what they want, and you do exactly what they want, and that’s how it is. Especially in corporate fashion, it’s a lot of borrowing from other people’s ideas and knocking stuff off, which can be a little disheartening if you’re a designer.” 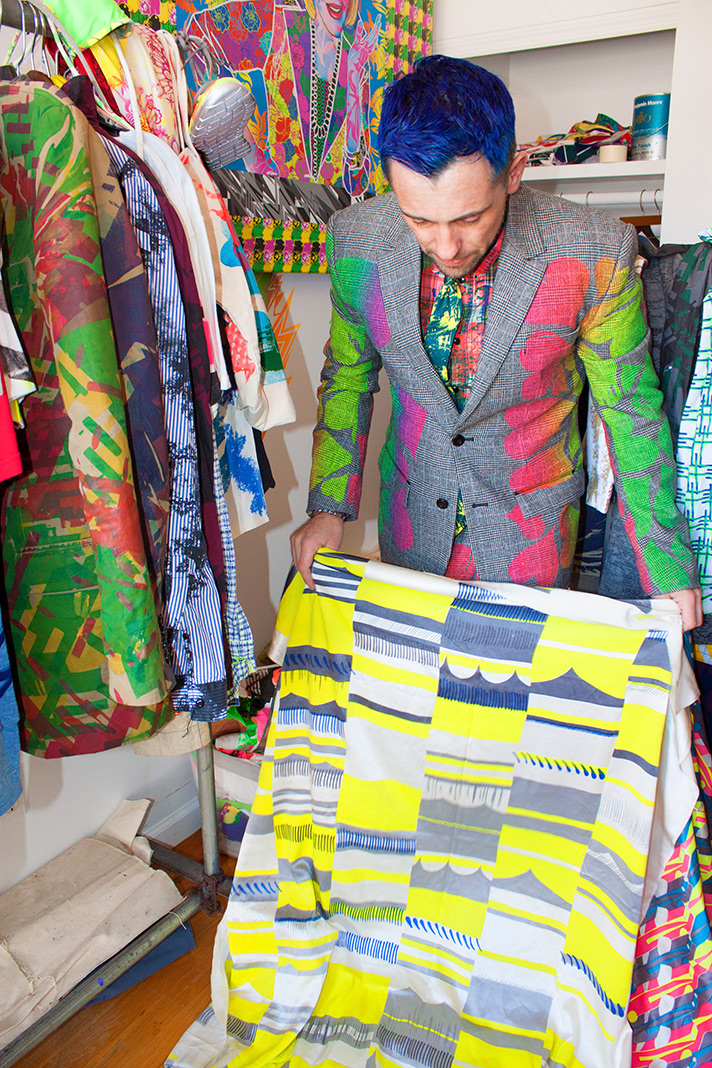 On the other hand, satisfying, creative work is rarely a lucrative business. On one occasion, Copperwheat recalls, he was summoned to the apartment of Isabella Blow, the legendary Alexander McQueen muse and fashion editor who died in 2007. She loved his work, and commissioned a few pieces for a photo shoot with UK magazine Tatler, but the whole thing was scrapped over budget cuts.

“She was a really lovely woman—very sweet, very gregarious, very eccentric, just as you’d imagine, and very kind and supportive as well,” he says. “But there was no money—I mean, no one would pay you anything. She spent all the budget, there was no money, people didn’t pay—and that’s actually largely why I left London, because you would do projects and work on stuff and you wouldn’t get paid. And in New York, you do get paid.”

In New York, as it turns out, textile designers are a rarer commodity than in the UK, where the practice is, as he explains, “bred into the fabric of British creative life.” “I’m definitely in a happy place to be evolving my own work in New York City, where it’s becoming harder to do that all the time. I still love it here, and I don’t have any intention of leaving.”

And, after all, why should he? Beyoncé lives right across the East River.