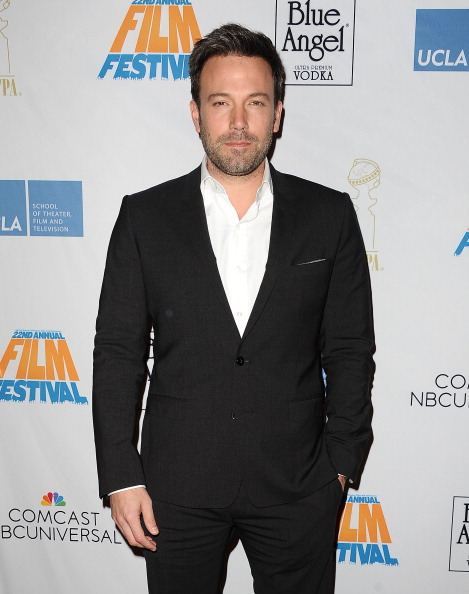 By now you’ve probably heard the news: Ben Affleck will play Batman. What you might not have heard: There’s already a change.org petition to remove Ben Affleck from playing Batman.

Let’s be clear: The ire of diehard fans of books and characters when it comes to big-screen casting choices isn’t anything new. It happened recently with Robert Pattinson and Kristen Stewart when it was announced they’d play the leads in beloved vampire-human book franchise Twilight, it happened with Jennifer Lawrence and The Hunger Games, Tom Cruise as Jack Reacher, even with Reese Witherspoon and beloved cult novel Gone Girl, which luckily turned out to be just a rumor.

However, fans were especially irate last night with the news of Affleck (who failed miserably, according to fans, in 2003’s “Daredevil”) assuming the role of the Dark Knight—most recently played with aplomb by real-deal thespian Christian Bale—in Warner Brother’s as-yet-unnamed superhero movie that brings Superman and Batman together for the fist time on the big screen.

“What the studios always get wrong is that Batman is not a rich guy who needs cool toys to fight crime. He is a world class athlete who fights crime and also has cool toys. Ben Affleck does not look like a world class athlete,” one commenter wrote in response to Entertainment Weekly’s coverage of the news, while other fans haven’t been as eloquent. “THIS IS A NIGHTMARE,” one wrote.

To make matters worse, the hashtag “BetterBatmanThanBenAffleck is trending on Twitter, with responses running the gamut from Blake Shelton and Meryl Streep to “my cat.”

Perhaps the most earnest form of retaliation is a Change.org petition started by a Kentucky man named John Roden, with an intro that reads: “[Affleck’s] acting skill is not even close to being believable as Bruce Wayne and he won’t do the role justice. He’s not built, nor is he intimidating enough for the role of Batman. His portrayal of Daredevil was atrocious and he’s not remotely close to an action star. Please find someone else.”

Are you upset that Ben Affleck is playing Batman? We really want to know, so let us know your thoughts below!