Bella Thorne is not exactly shy. A quick flip through her Instagram feed highlights this fact—there, you’ll find shots of her in a bikini atop her boyfriend, Tyler Posey; topless showing off a huge (fake) angel wings tattoo on her back hanging out with a cat (caption: “#cats & #tatts”); and working it for the camera in a short video dressed in a bra and boxers.

Her latest venture: a sultry photo shoot for Playboy’s November issue, which just came out today. Sounding off about social media, the opinionated 19-year-old spoke out against her haters in the publication. “People often don’t want to get to know the real you; they only want to get to know the person they think you are,” she said. “For me, that means people are constantly trying to change me, every second of the day, especially on social media.” 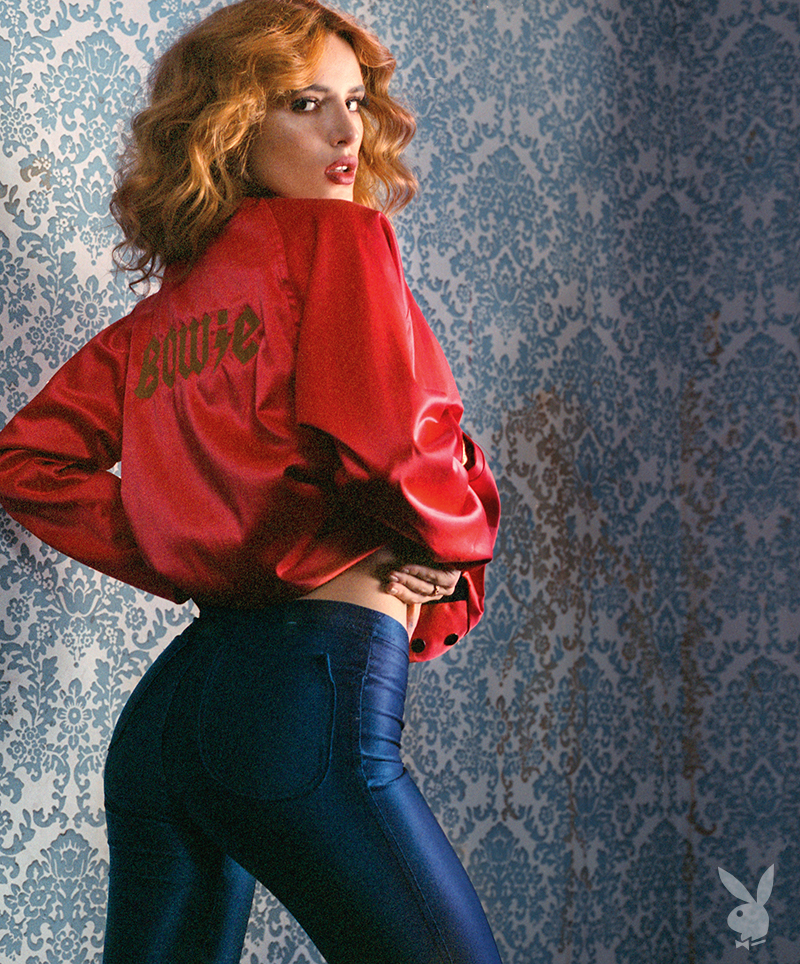 She went on to say that she is not about to ban IG or whatever, but she doesn’t enjoy how much people comment that she should be more buttoned-up. “I’m not fed up with social media—I understand it—but people like to comment on how my image is too edgy, that *I’m* too edgy, and on how they wish I looked,” she said. “It’s a lot of ‘do this, don’t do that.’”

Thorne added that she has just two little words for such naysayers. “To them I say, fuck off,” she said. “There’s this effort to try to shame a woman’s sexiness by pulling a cover over it, but I’m a woman who loves skin. I love skin on me, I love skin on girls, I love skin on guys. If you’re confident enough to show off your body, you should. Be confident. It can be difficult to get yourself to focus on you all the time, especially when you’re trying to transition into who you really are, but I’m not going to change for anybody else. I love staying true to me.”

Boom. Any further questions for Ms. Thorne? Head over to Playboy to have a look at the rest of the sexy shots.