Bella Hadid is known for rocking the runway in some crazy outfits (and some dangerously high shoes), so, naturally, a measly wardrobe malfunction is nothing for the modeling pro. The 20-year-old exemplified her skill at the 2017 Cannes Film Festival when Hadid, unfortunately, suffered a minor mishap while walking the red carpet at the event’s amfAR Gala on Thursday. But, like the supermodel she is, Hadid effortlessly recovered and carried on as if her outfit was nothing but flawless. (We can all take a lesson from that book.)

At Thursday’s gala, the model stunned on the red carpet in a sheer Ralph and Russo gown with beaded embellishment and a high slit. She paired the look with peach-colored underwear to match her skin tone (good call) and a pair of strappy Rene Caovilla silver stilettos. Even though she probably intended for her look to be leggier than usual (if you got ’em, flaunt ’em), she likely didn’t expect her underwear to be in plain view for everyone to see—which is what happened when she took too large of a step and her dress’s slit shifted more than she would like. 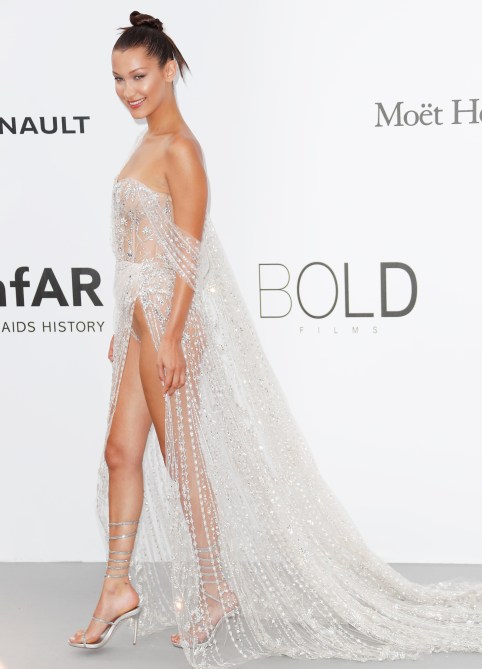 This isn’t the model’s first wardrobe malfunction either. (If you gotta have a wardrobe malfunction, might as well have experience, right?) Last week, Hadid experienced a very Marilyn Monroe moment when a gust of wind blew open the slit of her Alexandre Vauthier gown and revealed her underwear. Also, at last year’s amfAR Gala, Hadid narrowly avoided a nip slip when her boob tape almost failed her as she walked the runway bra-less in an open tracksuit. 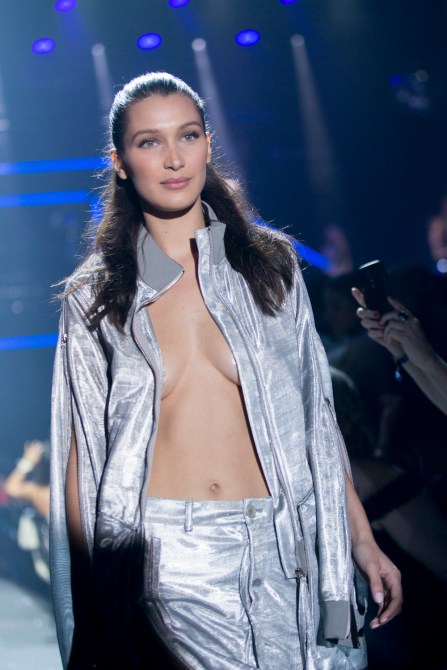 As for Thursday’s mishap, Hadid recovered by just shifting her dress back to where it was and making sure she took smaller steps. No biggie. #JustSupermodelThings.