Fans want to know if Bella Hadid and The Weeknd are back together after their breakup. Us Weekly reported on Tuesday, June 2, that the supermodel and the “Starboy” singer are “in touch” nine months after their breakup in 2019. So where do they stand?

While it’s unclear if Bella and The Weeknd are back together, a source did confirm to Us Weekly that the couple is talking again after their split in August 2019 after four years of on-again, off-again dating. “Bella and The Weeknd have been in touch recently,” the insider said.

The source’s comment comes after another insider told Us Weekly in February that Bella “still has feelings” for her ex-boyfriend but has no plans to date at the moment. “Bella isn’t dating anyone at the moment. She is so busy traveling and working nonstop and she’s mostly focused on her career right now,” the insider said. “There’s always a possibility that they will get back together down the line.”

While Bella and The Weeknd may not be together, there is happy news in the Hadid family. Bella’s older sister, Gigi Hadid, confirmed that she’s pregnant with her first child with her boyfriend of four years, Zayn Malik. Gigi confirmed her pregnancy in an interview on The Tonight Show Starring Jimmy Fallon after news broke that she and Zayn are expecting a daughter around September 2020. 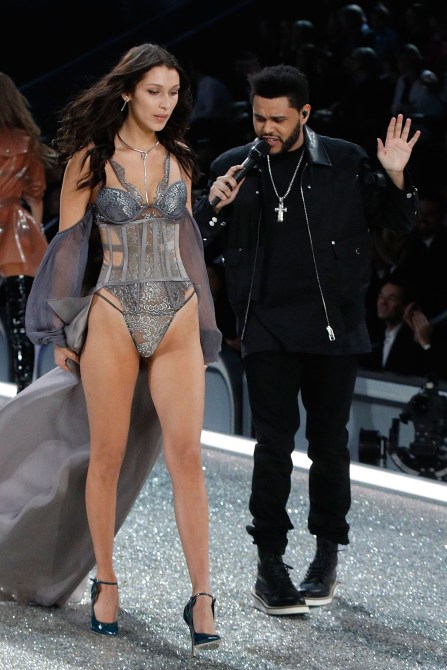 “Obviously, we wish we could have announced it on our own terms, but we’re very excited and happy and grateful for everyone’s well-wishes and support,” she said in May.

In a recent video on her Instagram, Gigi also explained that her fuller-looking cheeks at the moment are because of her pregnancy and genetics and not fillers. “People think I do fillers on my face and that’s why my face is round, but I’ve had cheeks since I was born,” she told her makeup artist in an Instagram Live in May. “Especially fashion month when I was already a few months preggo.” She continued, “I think I had the cheeks already so there’s not a lot to fill in.”