If you’ve been keeping up with Cara Delevingne, you know that the 24-year-old has been sporting some 🔥 looks and hairstyles as she promotes her new movie, “Valerian and the City of a Thousand Planets,” all around the world. Her latest outfit to make buzz is the super-slinky, crystal-beaded gown she wore to the film’s Paris premiere on Tuesday.

But if you’re anything like the fashion-obsessed sleuths we are, the look might seem a little, sorta, kinda, totally familiar. Well, turns out your deja vu isn’t deceiving you. That’s because Delevingne’s former supermodel peer Bella Hadid wore the exact same dress at Vauthier’s runway show at Paris Fashion Week earlier this month.

But before everyone and their moms starts the whole “Who Wore It Best” B.S., both models looked amazing. We mean, who wouldn’t? The dress is a couture maxi gown, with a low neckline, long sleeves, and is beaded with about a bajillion Swarovski crystals. It’s also cinched at the waist with a black velvet belt and has a super-sexy thigh-high slit. Even if you weren’t a supermodel, we’re sure you’d look pretty dang swanky.

But aside from the similar black shoes, the 20-something “It” girls styled the gown completely different. Delevingne sported a bright-red lipstick and kept her silver pixie fringe in full swing, while Hadid kept it more neutral in the beauty department and wore her hair in a tight ponytail. 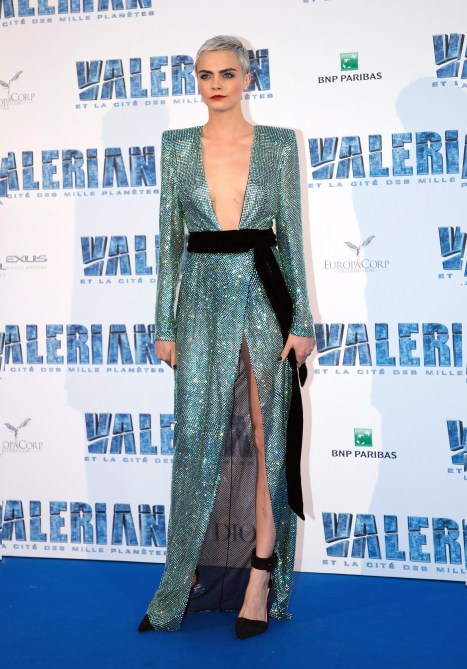 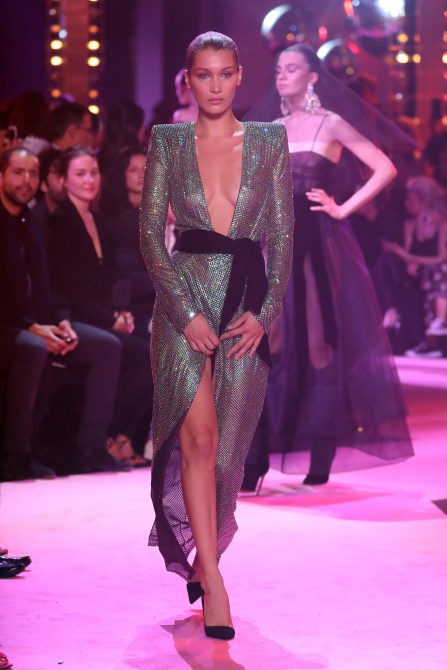 Given that they both have their own expert glam squads prepping them for events just like these, it’s obvious that they would look fab. But even if they had to style themselves and wore the dress to less A-listey event than a movie premiere or a fashion show, if they feel good in it, that’s all that really matters, TBH. Both ladies look 🔥 and so would you. Now, how long do you think until the dress will go on sale for about 99-percent off?