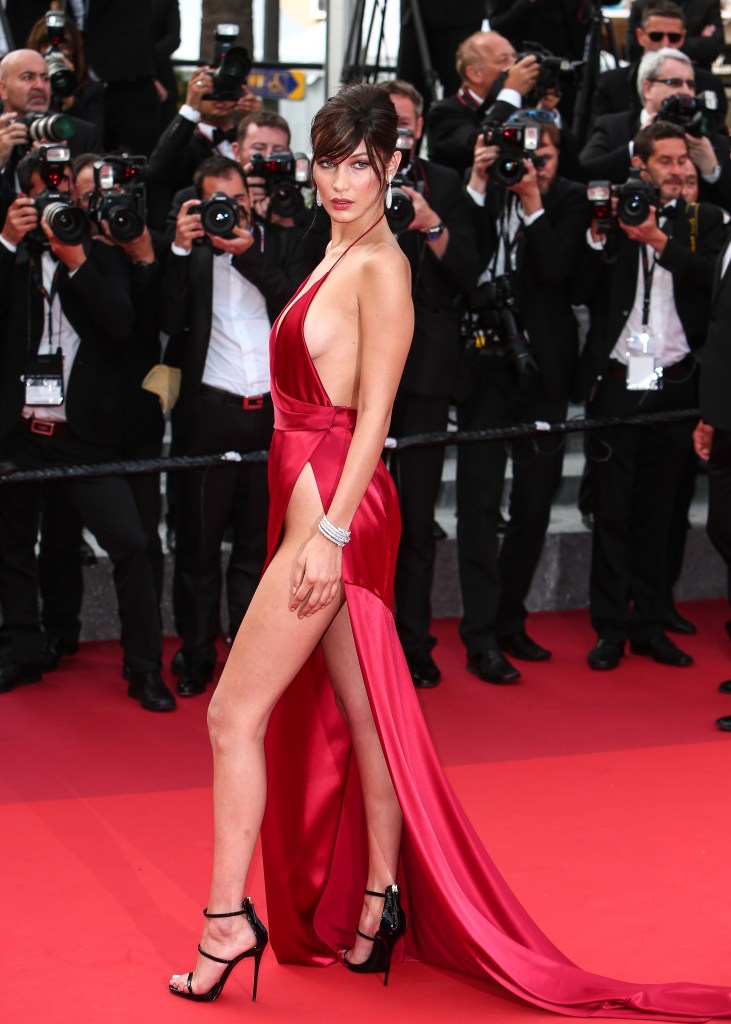 The Cannes red carpet is famous—or, should we say, infamous—for being hit with strong breezes, and Mother Nature gave no exemption to Bella Hadid at yesterday’s screening of “La Fille Inconnue.” She was dressed to kill in a silky red dress that couldn’t decide which asset to show off, so it went with pretty much all of them: her décolletage, sideboob, and entire left leg (up to the hipbone) were all on display.

It looks like everything was going relatively smoothly until Hadid tackled the notorious stairs leading up to the Palais des Festivals, when that infamous sea breeze hit, and all bets were off. Though you would think she’d have to go commando in that dress, there was a tiny pair of underwear sewn into the dress, so she didn’t flash the world completely—though let’s just say it’s clear she paid a trip to the salon for a full wax before she hit the red carpet.

Perhaps Hadid was inspired by Kendall Jenner, who hit Canada’s 2014 MuchMusic Awards in a double-slitted dress, which shockingly stayed put. Then again, Toronto is not known for its sea breezes—Lake Ontario has nothing on the French Riviera—so maybe that was less thanks to magic and more thanks to weather. In a fashion climate in which barely-there dresses are less scandalous and more de rigueur (we’re looking at you, Madonna, at the Met Gala this year, even though we know that’s exactly what you want us to do), Hadid racked up some points in the dangerous game we like to call “Who can wear the least amount of clothes on the red carpet?” Hadid is in the lead—for now. 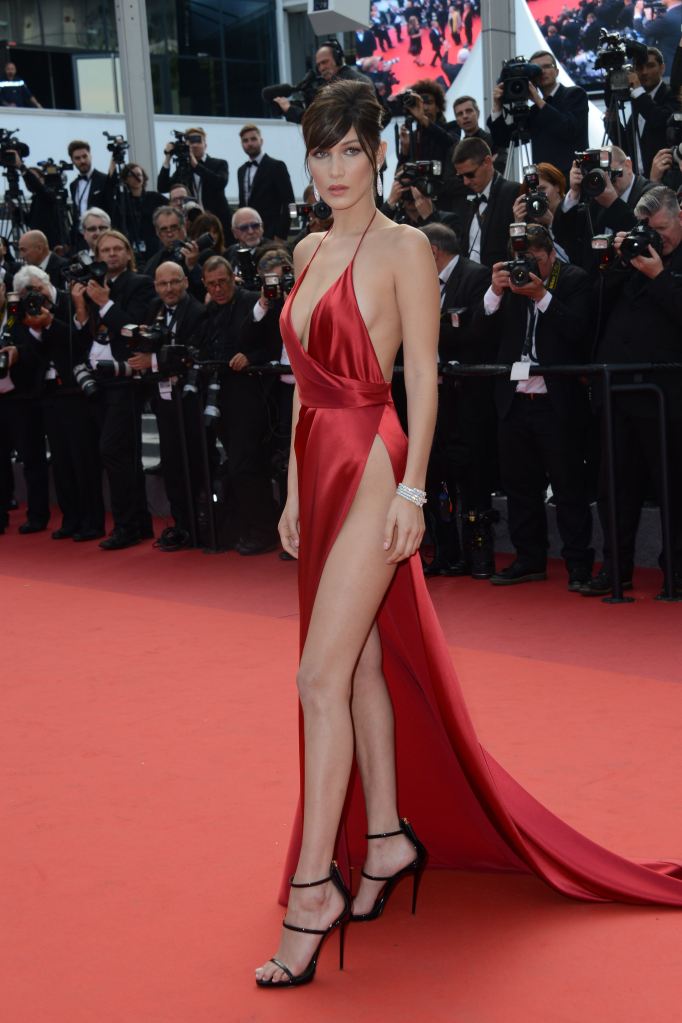