When Marc Jacobs sent models sailing down the runway with pastel-hued dreadlocks woven into their hair, the world erupted. Cultural critics high and low called out Jacobs and hairstylist Guido Palau for the tone-deaf display, which featured models including the likes of Gigi and Bella Hadid, Kendall Jenner, Karlie Kloss, Jourdan Dunn, and Adriana Lima. And though Jacobs finally wound up taking to Instagram to unleash a tirade in his own defense, two players seemed deeply unperturbed by the whole thing: the Hadid sisters. 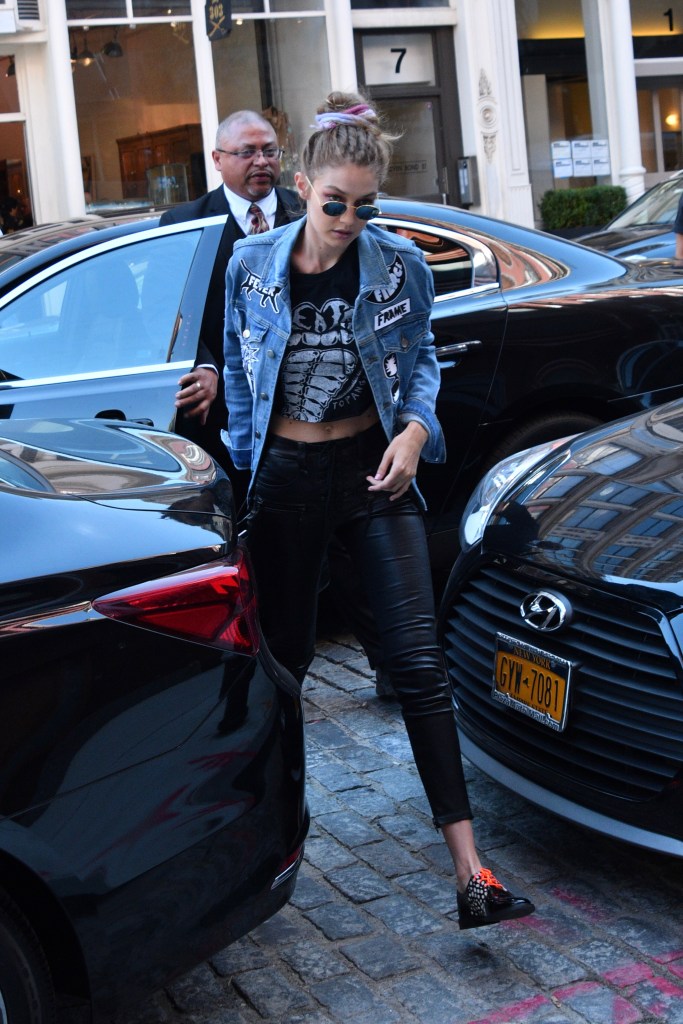 Bella and Gigi were both caught arriving back at their NYC apartment with high buns wrapped with the colorful dreadlocked wool from the show yesterday afternoon, and Gigi went as far as to take her hairstyle out on the town for a date with Zayn Malik, Us Weekly reports. Wearing a cropped black and silver Local Authority LA tee, leather leggings, and a one-off Frame Denim Le Original Patch Jacket with her name emblazoned on the back, she looked the picture of serenity, even as fury raged online (including on our Slack channel).

MORE: Bella Hadid Falls on the Runway in 6-Inch Heels 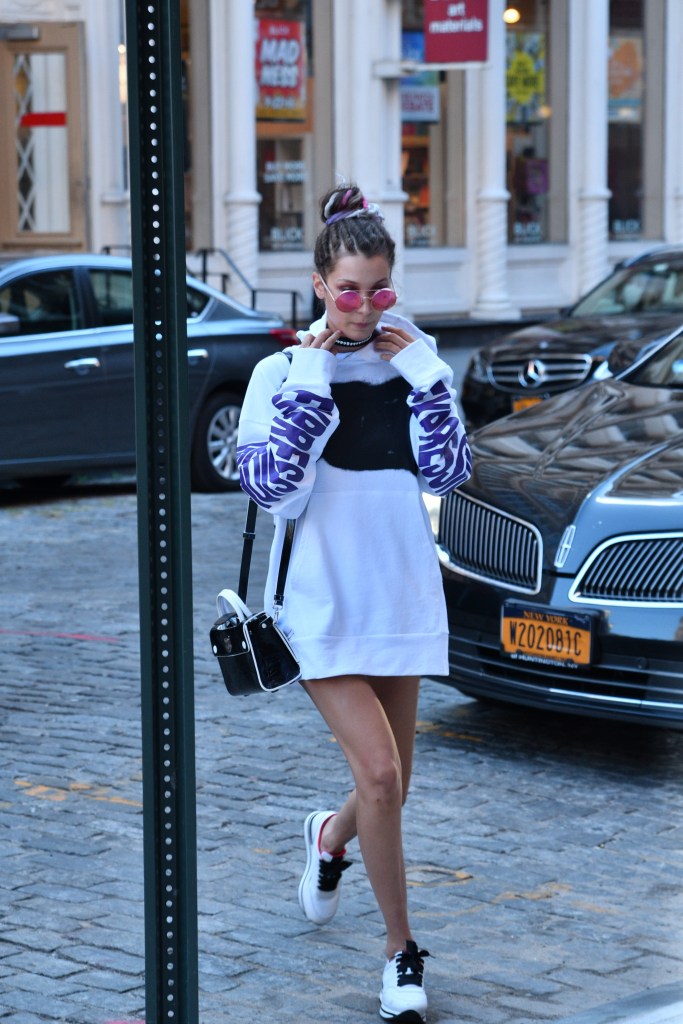 Apparently, the dreadlocks were sourced from a random Etsy seller named Jena, who was commissioned to create over 12,500 yards of hand-dyed yarn for about 55 dreadlocks in six colors, according to Us.

As for Jacobs, he wrote that he doesn’t even “see” color or race, and instead focuses on love, which is “the answer.” Tagging various Instagrammers who called him out for using so many white models, Jacobs wrote, “And all who cry ‘cultural appropriation’ or whatever nonsense about any race of skin color wearing their hair in a particular style or manner—funny how you don’t criticize women of color for straightening their hair.”

He continued by calling his critics “narrow minded”: “I respect and am inspired by people and how they look. I don’t see color or race—I see people. I’m sorry to read that so many people are so narrow minded…Love is the answer. Appreciation of all and inspiration from anywhere is a beautiful thing. Think about it.”