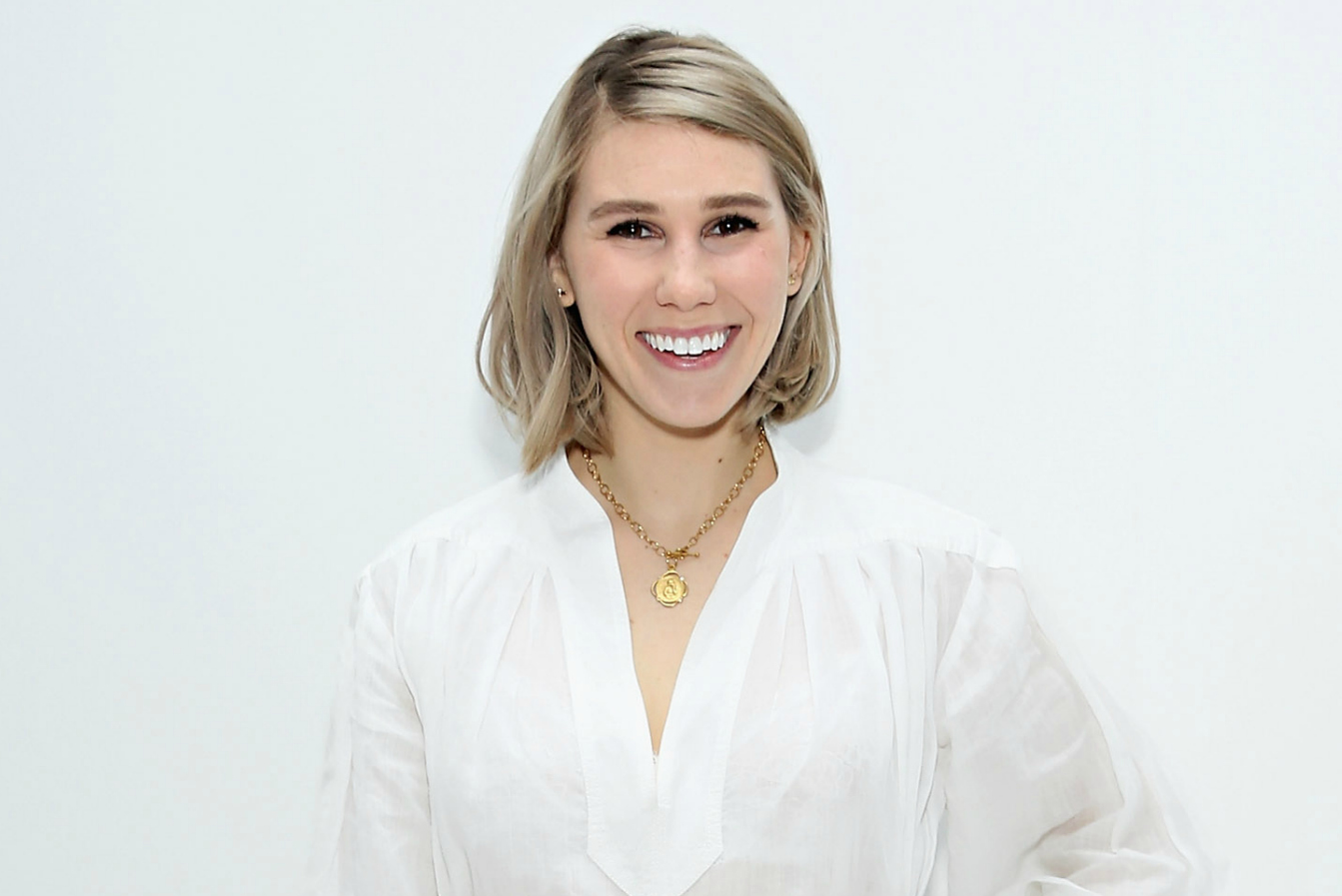 There’s no denying that Girls is a cultural phenomenon. The show that spawned a thousand thinkpieces is sharp, funny and filled with amazing women with gorgeous hair.We joined star Zosia Mamet and Girls hair designer Sherry Heart for a conversation about shampoo, scrunchies and worst hair nightmaresand yeah, it was every bit as amazing as you’d think it would be.

It’s a peculiar fact of life that hair changes as you get older. Zosia found herself struggling through this, and with Sherry’s expert guidance, found a haircare routine that really works for her.”I hit 25 and my hair started getting really oily all the time,” she said. “Sherry told me to stop washing it, and I did, and it totally went back to normal.”

“It’s the no-poo thing,” Heart elaborated, herself a big fan of co-washing. “The reason that your hair gets so oily is because it’s always neutralizing the shampoo and conditioner. But if you can, give it about six weeks without shampoo and your hair will acclimate. You’ll be able to rise it and be done.”

We’ve always wondered about that acclimation, though. “There’s an awkward period,” volunteered Zosia, answering the question on many of our minds. “It’s not cute.”

“Slick it back in a ponytail!” Sherry said. With this classic style more popular than ever right now, a little extra grease could be considered a silver lining. And if our hair is eventually half as beautiful as Zosia’s (worn blonde and slightly wavy when we saw her), we could be co-washing converts.

We all have themand horrifyingly, Zosia’s came true recently.

“My worst hair nightmare is my hair falling out, which kind of happened,” she told us. “I was in St. Croix over the holidays, and I’d just recently started dyeing it...I didn’t know anything about hair, really, in terms of taking care of it, so I was like ‘I’LL BE FINE, I JUST PEROXIDED MY HAIR RIGHT BEFORE GOING TO A TROPICAL ISLAND!’ And it totally started breaking.I spent like half a day in a ball on my bed, like ‘I have to shave my head now!’ which I didn’t, but that was me living my worst nightmare.”

Sherry’s worst hair nightmare turns out to be the same as oursand Meg March’s.“Sticking a curling iron in someone’s hair and it burns it off,” she said. It’s never happened to her (thank goodness), and she offered up a really awesome tip for anyone else scared of singing their lovely locks: “I test curling irons on towels…if it’s gonna burn the towels, it’s gonna burn the hair.”

Just so long as this never happens to us. Frizzles around the face aren’t nearly as trendy today as they were when Little Women was published.

We all know that hair accessories are trending hard right now. If you aren’t embellishing your pony with something, you’re seriously missing out. And Zosia’s favorite accessory? It turns out to be a 90s classic.

“I have a friend who’s a yoga teacher, and we were all ‘We need to bring back the scrunchie!’” she said. “That inspired me. I bought a velvet black scrunchie, and I work out in it. And it makes me feel really good!”

If you want to copy Mamet’s style (andspoiler alert!Heart told us a scrunchie will feature prominently in a future episode of Girls)we love these incredibly soft velvet scrunchies from Scunci. Not only do they come in a pack of three great colors, they’re incredibly soft and will hold your hair back without pulling or breaking it. That’s a throwback trend we can get behind.

Read more: 4 Easy Tricks to Salvage Your Hair After Getting Caught in the Rain.