Last night, the cast of the upcoming HBO series Euphoria (it looks SO good) hit up the red carpet for their big Los Angeles premiere. Zendaya is one of the stars of the show so you know she turned heads. The beauty chameleon switched up her hair again, debuting a stunning copper shade, long bangs and a long, wavy ponytail. Though her ‘do is probably temporary clip-in bangs or other types of faux hair, it’s one of our favorite looks from the star (other than her natural curls, of course).

Zendaya paired her new hairstyle with a white mini dress from Nina Ricci and shoes by Le Silla. The look was courtesy of her longtime stylist and best friend Law Roach, who was also responsible for her eye-catching Met Gala look. I’m a bit surprised they went the princess route considering Euphoria is a much edgier project for the 22-year-old. But Zendaya pulls it off so well, I love that she stays true to herself.

Here’s her pony from the side. I can’t get enough of it. 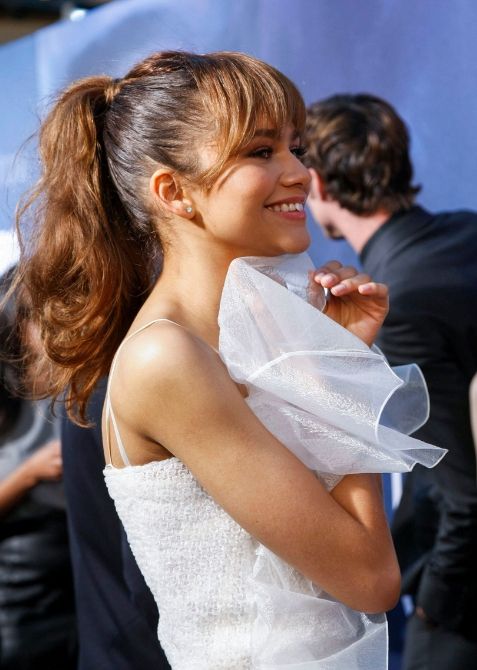 Storm Reid stars alongside Zendaya in Euphoria and she also brought her A-game to the premiere. The 15-year-old has one of the best styles in all of Young Hollywood (or Hollywood in general, to be honest). She wore a pink Simone Rocha dress with cool shoulder cut-outs, styled by Jason Bolden. Her braids have me screaming over how incredible they are; just look at those rings and crystal embellishments. 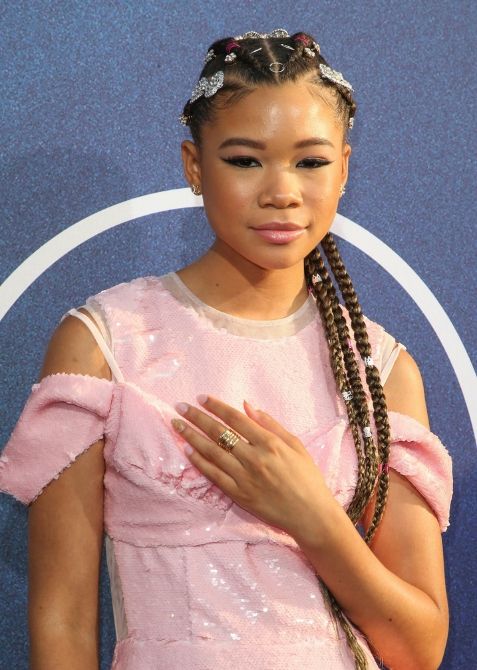 Watch Zendaya and Storm Reid in action when Euphoria premieres June 16 on HBO.