Zara Larsson was everywhere in 2015. It seemed like wherever we went, the 20-year-old singer’s songs, “Lush Life” and “Never Forget you,” were either playing on the radio, the TV or in a department store. But since then, Larsson seemed to have taken a break from the spotlight as she’s recalculating for her next album. When it comes out? We don’t know. But if her new hair is any indication, it’s soon and it’s good.

The Sweden-born singer recently ditched her signature platinum-blonde hair for a full head of striking white locks. Larsson debuted her bleached hair at Paris Fashion Week on Tuesday where she performed at ETAM’s show, while models, such as Joan Smalls and Constance Jablonski, made their way down the runway.

Larrson showed off her white hair again on Friday at Balmain’s show where she was photographed with shiny white hair, which was parted down the middle and worn in a loose, wavy bob. The Sweden’s Got Talent winner paried her lighter locks with a color-blocked dress that contrasted with her bright white ‘do. 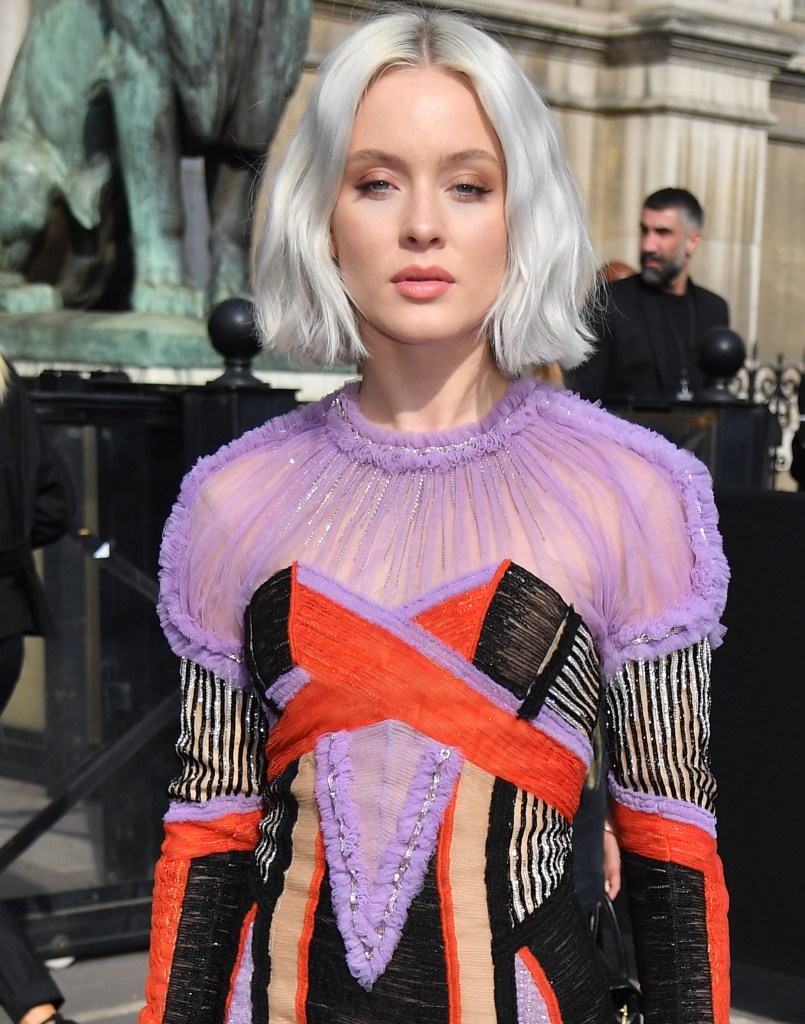 MORE: The Best Celebrity Hair Makeovers of 2018 (So Far)

It’s unclear how long Larsson has had her white hair, but judging from her roots (which show very little of her naturally dark hair), the singer must have recently gotten a touch up. It’s also unclear how long she’ll keep her white hair (with the colors of pop stars changing as fast as seasons—take a look at Ariana Grande), but we hope she keeps the white for a while.