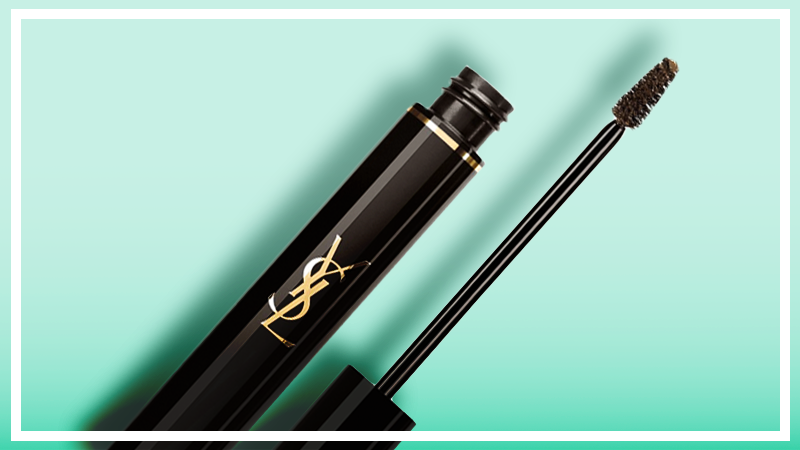 Like many other women, the time I spend doing my makeup is basically cut in half in the summer. Why put on layers of foundation only to watch it drip off my face and land on a poor innocent bystander on the subway? Instead, I lay off the face makeup and spend more than half the time defining, filling in, and securing my brows, juggling a ton of products to get as close as humanly possible to mimicking Cara Delevingne. It’s worked out fine, but you can imagine how psyched I was when a product from the always-swanky YSL (that literally does everything in one single swipe) landed on my desk.

YSL’s Brow Couture is a lightly pigmented product that fills in, defines, shapes, and secures (really secures) your brows. It applies with a tiny fibrous brush that’s obviously thin enough so that the pigment only lands on your brow hairs. It’s similar to a pencil, but all you literally have to do is remove the product and brush it through your brows in tiny sweeping movements, starting on the inner corners and working out.

My brows have just as many bare spots as the next girl, and I’ve found this totally covers them up while still looking really natural. No weird, shiny finish here. While the wand-like packaging isn’t anything revolutionary, the brush is really fine and deposits just enough product, which means I’m not left cleaning up globs of formula with tissues that only make even more of a mess. It comes in two shades, but I’m a fan of #2, Blond Centre, which has just enough depth for my bronde hair. It’s also buildable, which means I can apply it in the morning and again before my after-work plans without starting from scratch.

MORE: How to Get Runway Brows… Instantly

Oh, and as an added bonus, it’s one of the same exact products that Delevingne–the face of the brand–has used on her heavenly brows on the red carpet. I mean… that qualifies it as a brow essential, right?

Clearly I’m hooked, and realistically, given its multitasking perks and effectiveness, it’s one of the few designer buys you’ll actually get away with wearing every single day.