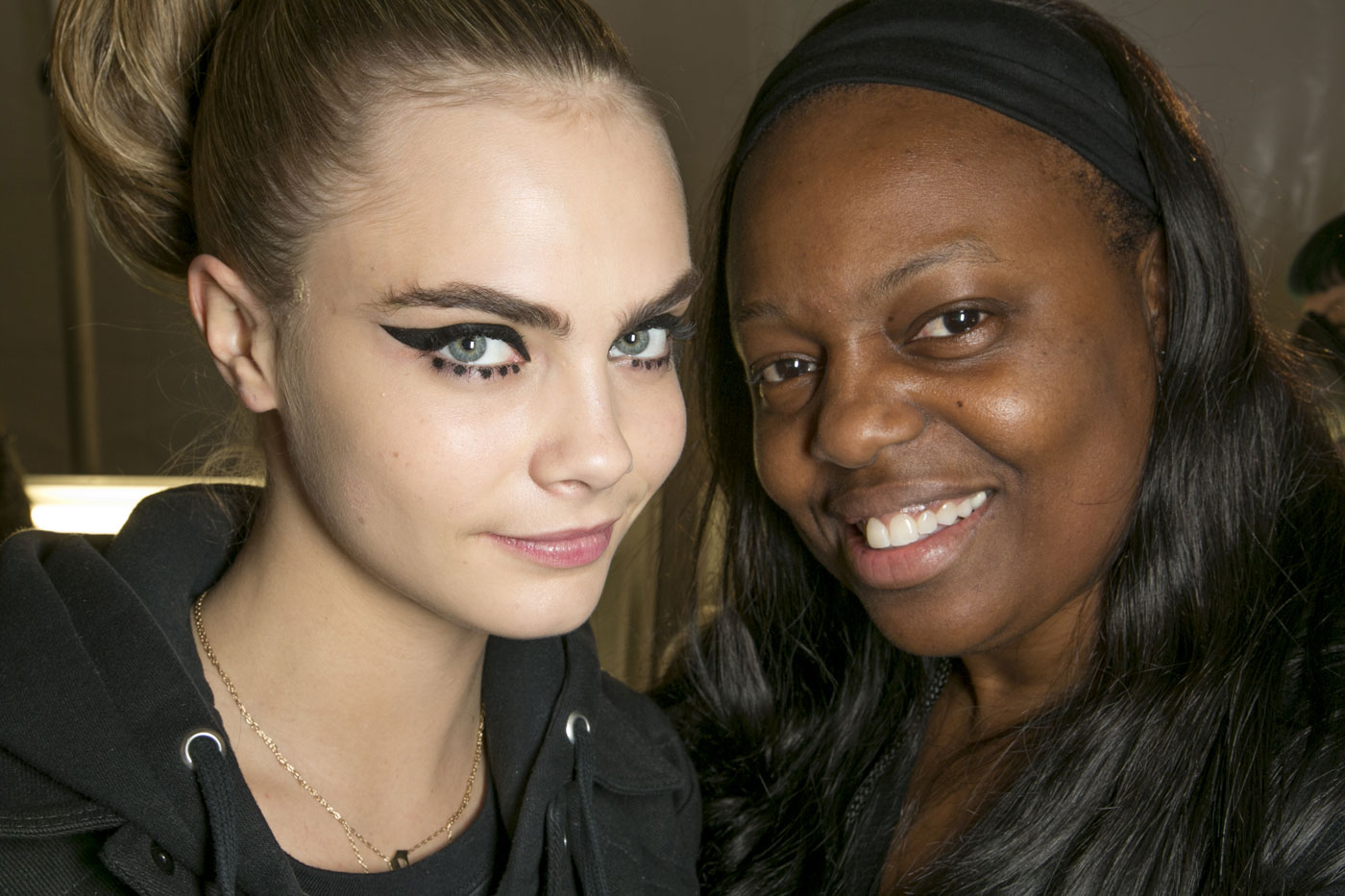 While we gear up to hit the shows at Lincoln Center next week, it goes without saying that for most people, attending New York Fashion Week is about as likely as us not using your iPhone for a week (highly unlikely). But luckily, these days Twitter lets everyone with an Internet connection into all that NYFW glory, regardless of press credentials or work experience. It’s the best of both worlds, actually—you can surf the runways in your pajamas, and with some shows even live-streaming, feel like you’re sitting right there with the press through tweets and quick comments. To help you get in on the fashion week madness first hand from backstage and in the front row, here are our Twitter picks to follow for the fashion week.

1. @GucciWestman: No newbie to the backstage area of fashion week, Gucci’s constantly pushing the makeup boundaries and giving us a taste of her life through Twitter.

2. @evachen212, Eva Chen: Lucky’s new Editor-in-Chief is a self-titled social media addict, and keeps followers in the fashion week know with Instagrams and Vines of shows, presentations and everything in between.

4. @WmagJane, Jane Larkworthy: We’ve always loved Larkworthy’s earnest excitement on the pages of W, and her fashion week tweets are that times about a hundred.

5. @JakandJilBlog, Tommy Ton: One of the original streetstyle photographers, Ton’s absurdly high quality photos capture the feel of fashion week both on and off the runway. Our favorite is when he catches models between shows–their makeup usually takes on a whole new dimension of cool when paired with normal clothing.

MORE: Designer Beauty Lines to Watch For During Fashion Week

6. @EmilyWWeiss: Weiss’s got an eye for makeup trends on Into the Gloss, and her Twitter is like backstage lite. Equally as great, though, are her personal Instagrams.

8. @DVF, Diane von Furstenburg: Von Furstenburg’s Twitter is a combination of behind the scenes and party scene, and we’re almost as jealous of her life as we are of her clothes. Also, she’s wise like a very thin Buddha.

9. @JasonWu: Wu’s Twitter isn’t the least bit corporate, and the inside look into the designer’s mind (and collection) always leaves us wanting more.

10. @KarlLagerfeld: Ah yes, the Kaiser. The best part of his Twitter might be when he quotes himself in “#Karlisms,” but we also love his efforts towards follower participation, like when he asks what everyone’s favorite #Karlism is. All jokes aside though, Karl’s eye has made him a legend, and his Twitter’s often an extended version of that.

MORE: Beauty Industry 101: Experts Share Advice on How to Land Any Job

11. @AlexanderWangNY: Wang’s Twitter is a pretty important source of information, as we learned in the Great Giveaway of 2013, but it’s also great for less serious updates on backstage fashion and beauty.

12. @OfficialRodarte: Kate and Laura Mulleavy. Rodarte’s collections are always gorgeous and innovative, and their Twitter gives an inside look at everything from casting to music choices.

13. @MACCosmetics: The makeup artists who create the iconic looks we see on the runways, MAC’s take on backstage is up close and personal, just the way we like it.

14. @CNDWorld: If you want the inside scoop on the nails happening on those runway-ready fingertips, CND gives you the low down on manicures aplenty.

15. @NARSissist: Nars’ makeup is everywhere during the shows, and the range of looks they spotlight will keep you makeup-lusting for weeks.

16. @dkny, Aliza Licht: DKNY’s got that irreverent voice down—their #showrequests from fashion week are beyond priceless.

17. @Caradelevingne: Delevingne’s tweets are offbeat and hilarious, and her uber-active Instagram activity (and selfies) keep us clicking.

18. @joansmalls: Smalls is a breath of diversity in the fashion industry, and her neverending work updates give us at least a little hope for the future.

19. @karliekloss: Kloss has energy like no other, seemingly in just about every show. The backstage access that is afforded her (and her followers) is incomparable, but her genuine, sweet tweets somehow manage to slightly lessen our jealousy.

20. @MirandaKerr: We want Kerr’s life both on and off the runway, and her Twitter lets us get at least a little closer to living the dream.

21. @patmcgrathreal, Pat McGrath: McGrath does so much during fashion week, we’d swear she’d gotten her hands on a Time Turner. We hear it’s actually a Vespa that zips her around in the blink of an eye, and it’s details like that (and like what makeup she’s using) keep us addicted.

22. @OrloPita, Orlando Pita: Pita is the hair equivalent of McGrath—his behind the scenes shots keep us trying for that elusive perfect hairdo.

23. @GuidoPalau: The man behind the hairstyles we yearn to recreate at home, Guido’s backstage seat at fashion week is priceless to social media.

24. @butterLONDON: From bejeweled nails to texturized polish, the manicures from Butter London are never a disappointment.

25. @Maybelline: From the first application of primer to the last flick of a mascara wand, Maybelline brings you exactly what’s going on with the makeup backstage.