That jiggly skin just between the armpit and elbow is a source of insecurity for many. Although we see nothing wrong with having a little cushion on our bodies, the truth is if we could strengthen and sculpt that area without spending endless hours in the gym, we’d do it without hesitation (anything to avoid those bulky weight machines!).

According to Jen Jewell, personal trainer and Cellucor athlete, the best time-efficient workout combines brief bursts of cardio in between moves that isolate each muscle group so you’re getting more bang for your buck by minimizing rest between sets.

A circuit format elevates the heart beyond that of a normal strength-training workout, “which means that you’ll be torching more calories (plus increasing your overall strength and endurance) while on your way to sculpting a serious set of defined arms.” The format of this workout is simple, fun, and fast-paced. If you’re traveling and don’t have access to any weights, then a resistance band can also be substituted for every exercise listed below. Jumprope for 30 seconds in-between each one.

Jewell also adds, “If you are doing this at home and you don’t have enough room to jump rope, you can always substitute the jump-roping for 30 seconds of any of the following: mountain climbers, lateral hops, burpees, running in place, or plank jacks.”

MORE: The Quick-and-Dirty Workout for a Juicy, Lifted Backside 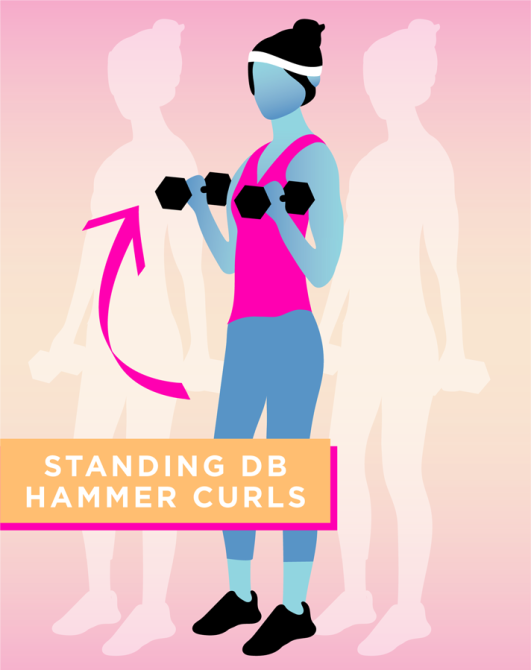 Begin by standing with a dumbbell in each hand. The palms of your hands should be facing your torso with your elbows close to your torso. While keeping your elbows in close to your sides, exhale and curl the weight forward while contracting the biceps. Continue to raise the weight until the biceps are fully contracted and the dumbbell is at shoulder level. Hold this contracted position for a brief moment as you squeeze the biceps. Form tip: Focus on keeping the elbow stationary and only moving your forearm throughout the exercise. Slowly lower weight to starting position and repeat this for the recommended number of reps and sets. 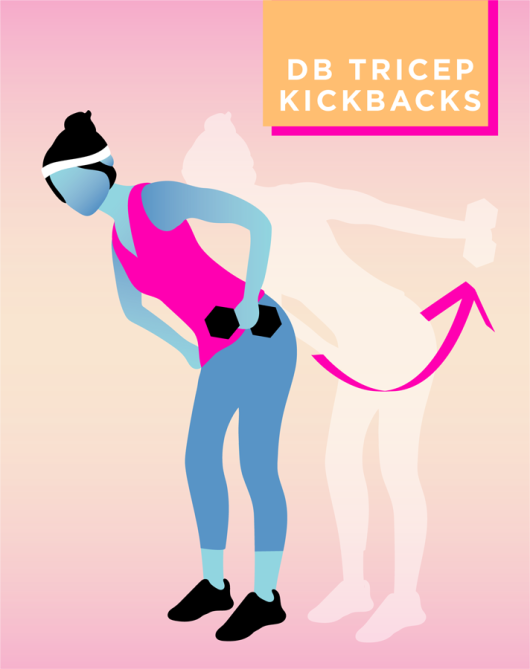 Begin with a dumbbell in one hand and your palms facing your torso. With a slight bend in your knees, bend forward at the waist and keep your back straight. Your torso should be almost parallel to the floor. Make sure to keep your head up. Your upper arms should be close to your torso and parallel to the floor. Your forearms should be pointed toward the floor as you hold the weights. There should be a 90-degree angle formed between your forearm and upper arm. This is your starting position.

Pause briefly at the top contraction then slowly lower the dumbbell back down to the starting position. Repeat this until all reps have been performed on this side, then switch sides and repeat on the other arm.

MORE: The Quick-and-Dirty Travel Workout for a Smaller Waist 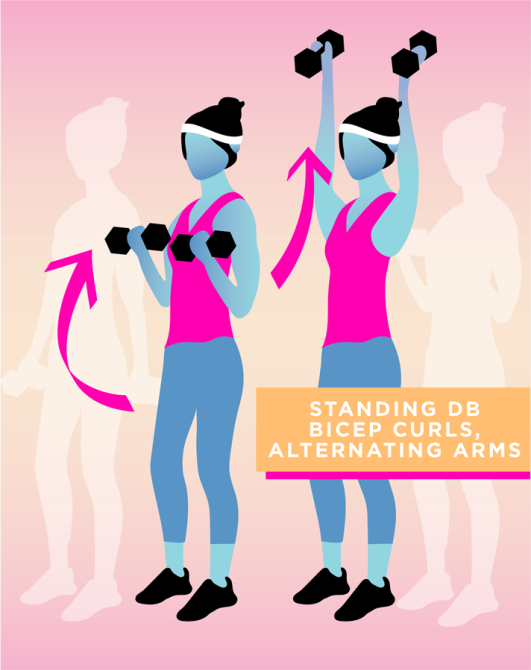 Begin by standing up straight with a dumbbell in each hand (dumbbells should be at arm’s length). Make sure you keep your elbows in close to your sides/torso throughout the entire exercise. From this starting point, you’ll rotate the palms of your hands until they are facing forward.

Begin to curl the weights while contracting your biceps, keeping the upper arms close to your side throughout the entire movement/bicep curl, as you continue to raise the weights until your biceps are fully contracted. Dumbbells should now be at shoulder level. Hold this contracted position (the bicep curl) and then slowly lower to your starting point.

Note that this exercise can be performed with both arms performing the bicep curl at the same time, or you can curl one side at a time, alternating arms throughout the set. 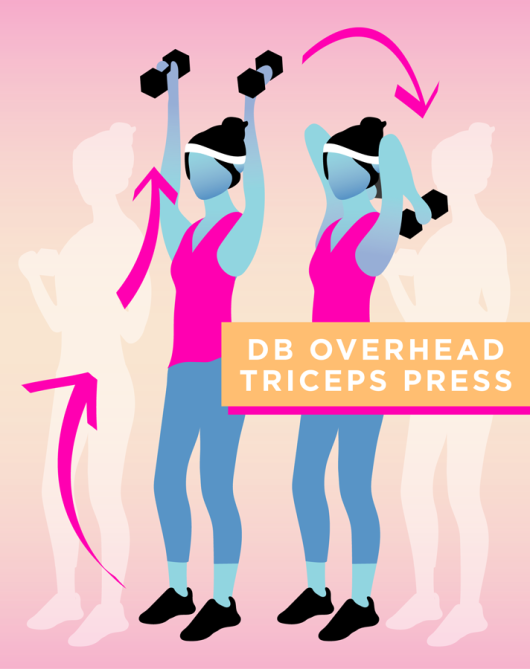 Begin from a standing position with feet shoulder-width apart and hold a dumbbell with both hands. Lift the dumbbell over your head until both arms are fully extended.

Once arms are extended, make sure that your elbows stay close to your head throughout the exercise and each rep. The dumbbell should be resting in the palms of your hands with your thumbs around it. The palm of the hands should be facing up toward the ceiling.

From this position, keeping upper arms in tight, you’ll lower the dumbbell behind your head until your forearms touch your biceps. From here you will press the dumbbell back up to the starting position.

Repeat this motion until all reps have been completed.

MORE: The Quick-and-Dirty Home Workout for a Smaller Waist 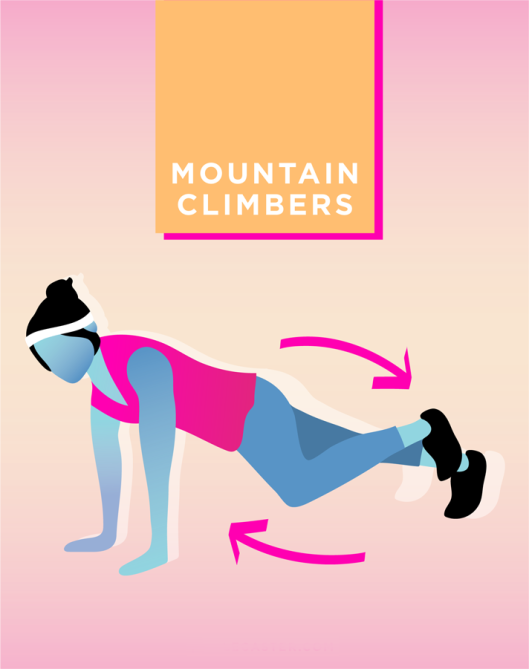 Begin in a push-up position. Flexing the knee and hip, bring one leg up until the knee is approximately under the hip. This will be your starting position.

In an explosive movement, you’ll reverse the positions of your legs, extending the bent leg until the leg is straight and supported by the toe, and bringing the other foot up with the hip and knee flexed. Repeat this movement, alternating sides throughout the entire set. Form tip: These are quick movements, as you alternate one knee in toward the chest with the other. Be mindful of form and try to keep abs engaged throughout the movements.

Repeat this circuit for a total of 2–4 rounds!