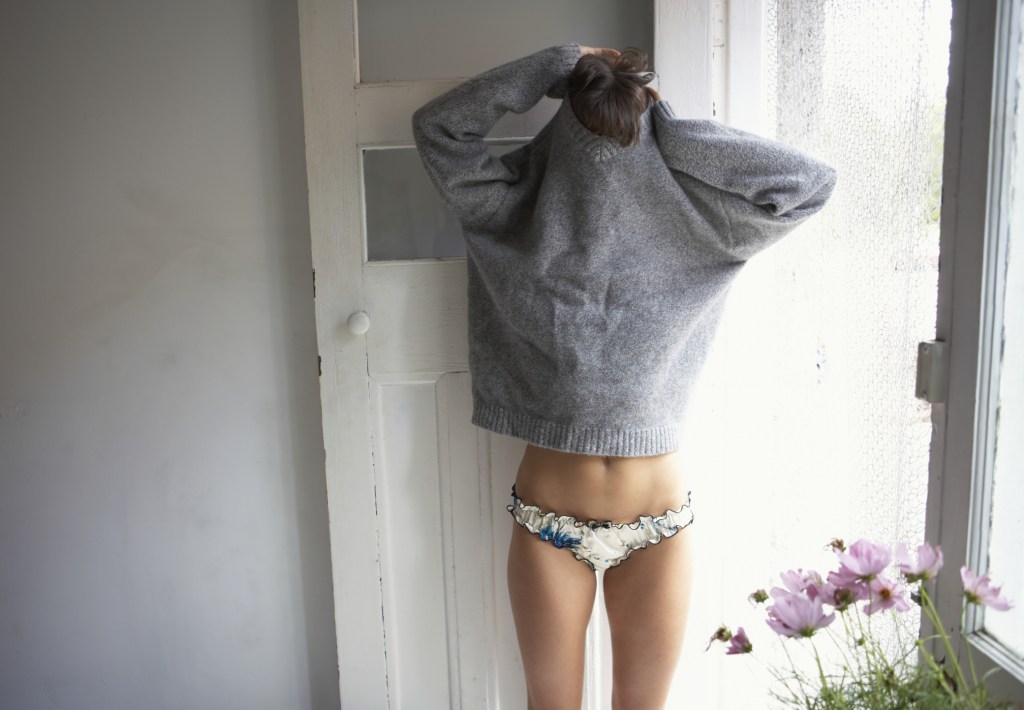 It’s an odd phenomenon when you think about it: Using hot wax and sharp razors to get rid of the hair that naturally grows between our legs. It sounds like a medieval torture method and yet almost half of us engage in the painful “ladyscaping” routine.

Last month, a survey of 1,000 American adults found that only 37 percent of women believe they should remove their genital pubic hair, and yet 41 percent of them do it regularly—and for women under age 30, that went up to 55 percent. These numbers aren’t shocking; I’d speculate that younger women—who may be likelier to be single, sexually active with more than one partner, or wearing bikinis at the beach—wax or shave more than older women, but in an age where our gender has made enough progress that we’re getting put on the face of US currency, why in hell are we doing something to our bodies that we don’t want to?

Blame it on our culture. “Shaving and ‘scaping’ is much more common in American culture than European,” says Loryn Ashton, a women’s-health nurse practitioner with Maven digital health clinic. “When you walk into stores, there are whole aisles dedicated to feminine hygiene, with tons of options to rid yourself of pubic hair: This tells us that hair is unwanted, that it is unfeminine and not sexy. I have had multiple clients apologize for not shaving or waxing before their exam.” And it doesn’t help that in most of the porn men watch, women are totally hairless down there, so they associate it with feeling turned on. “Many men request their female partners to minimize their pubic hair—in fact, that’s my own husband’s preference,” says Ashton.

Products might be marketed as “feminine hygiene,” but let’s be clear on one thing: Pubic hair is in no way unhygienic—it’s not like choosing not to shower or floss. In fact, removing your hair is likelier to put you at risk of health issues than leaving it au naturel. “Recent research shows that removing pubic hair can increase your risk of viral or fungal infection, ingrown hairs, or even skin scarring,” says Ashton. “You can pick things up from dirty surfaces, contaminated tools, or by introducing bacteria into newly opened pores or nicks after shaving or waxing.” A 2014 study even suggested that going hairless could up your risk of getting an STI.

Even if these situations are unlikely eventualities, they’re still risks—not to mention the physical pain and cost of a bikini wax, which can run you around $80. The good news is that more women seem open to taking off less hair. “We’ve definitely seen a shift,” says Jennifer Pesce, brand director for Shobha, a high-end hair-removal salon chain based in New York. “When ‘Sex and the City’ was in its heyday, going completely bare was more on trend, but now people are opting for a little more on top, with everything still pretty bare beneath and on the sides—in other words, no bathing suit flyaways.”

Bikini season is coming up, and many on-and-off waxers will probably be heading to salons like Shobha. Waxing trends are cyclical, Pesce says: “Similar to haircuts, bikini styles tend to change seasonally, leaving more behind in the colder months, while taking it all off in the spring and summer. In general, the trend seems to be leaning toward personal customization and what makes you feel the most confident and sexy.”

Do what you have to, ladies, just do it carefully. Ashton’s rules: Trim when you can instead of going totally bare; use a new razor every time you shave; treat ingrown hairs to avoid infection; and avoid sex right after shaving or waxing (the friction can be irritating). And do it on your own terms, please—if you absolutely dread getting waxed, there’s no need to torture yourself. Despite what ads, magazines, or even men might have you believe, the world will not end if your bikini area is not perfectly scaped. As Ashton says, “heaven forbid someone see a woman’s pubic hair!”