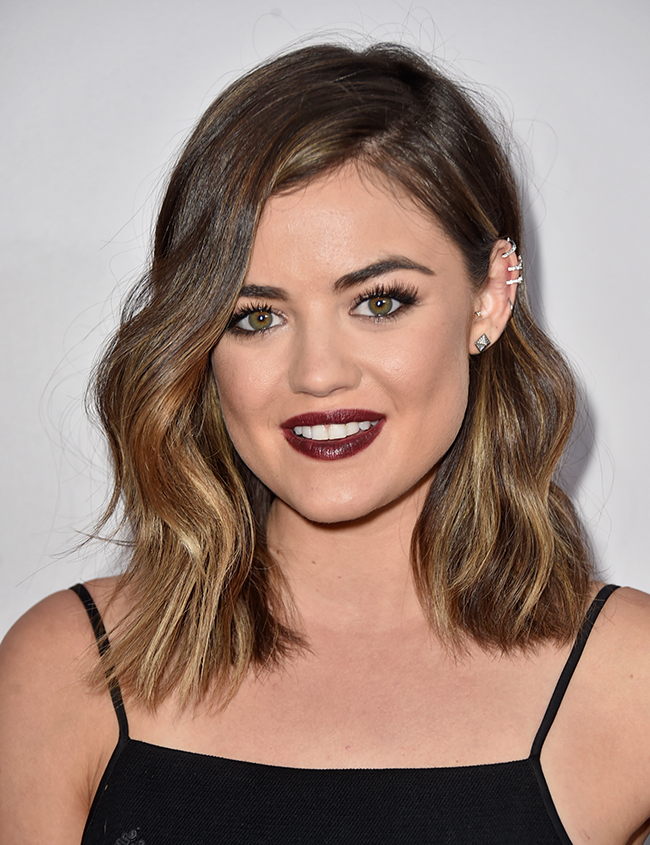 Perhaps an “anti-hairstyle,” the Lob has cropped up more in beauty circles this year than what seems like ever. The portmanteau means “long bob,” or what happens when your bob haircut is growing out but isn’t quite “long hair” yet. It’s a term for the growing-out phase that, while many used to suffer through, now it’s become a destination haircut to begin with. Why the sudden longing for mid-length hair though? Sure, it’s easier to style and manage than super long hair and less risky (and difficult to maintain and grow out) than super short hair, but it’s also not as statement-making as either. We can’t know for sure why certain trends take off, but we have a couple theories.

MORE: The Long Bob: How To Get It, Style It, And Maintain It

It’s universally flattering and less jarring than a short cut. When Lauren Conrad debuted her shorter hair three whole times, we wondered if she was just going to gradually snip off an inch every week until… who knows? According to her hairstylist, Kristin Ess, Conrad asked for a bob after her wedding and Ess refused. She claimed that she should cut a few inches off gradually so Conrad wouldn’t freak out after such a drastic cut. What we got were three stages of all very cool cuts. We may not be able to afford a salon visit every three weeks, but it just goes to show that the lob can be a pit stop as much as a destination to a bob.

MORE: Lauren Conrad Has A Lob

It’s a great way to get rid of that ombre. Or any other over-colored, over-processed damaged ends. Ombre was THE thing for the past two years, but now with the ever-evolving hair color trends, if you want to keep up but already have colored hair, it can be really difficult to change colors without damaging hair that’s been chemically processed more than once. Jessica Alba rocked long, loose waves for the longest time, painted blonde from mid to ends. Suddenly, the super blonde ends were gone and a lovely caramel highlighted lob emerged in its place. While we can’t say for sure whether Alba was sick of her bleach-ravaged ends, the chop definitely evened out the color and made for a much healthier-looking hairstyle overall.

2014 was a bad year for relationships apparently. And we all know what happens post break-up. “Break-up hair,” as it’s affectionately called by some, is when you opt for a big change in your appearance after shedding a relationship. It seems that news in general throughout 2014 was shaky, but also in this very unscientific study, couples bit the dust left and right. While heartbreak inspires many rash gestures, a haircut is the most classic. You may not be quite ready for a pixie but itching to change something. Enter the lob to satiate that hunger for change without inspiring concern in others. It might make hair-flipping less dramatic, but here’s to a life of less drama, right?

All the cool kids are doing it. It’s true, SO many celebrities—especially ones who have been known for their long hair for so long— are taking the semi-plunge and lobbing off their locks.  And now that Kim Kardashian took a cue from little sis, Kylie, and chopped her mane to mid-length, the style has pretty much hit market saturation. Everyone from Emma Stone to Pippa Middleton have chopped their locks, making them look fabulous of course, so that naturally, the rest of the world follows suit.