I have a supremely vivid memory from when I was a kid: I’d finish dinner, take a bath, get into my pajamas, and race downstairs while my hair was still wet to watch my mom smear Pond’s Cold Cream all over her face while she sat at the vanity my dad built for her in the early ‘80s. She was always wearing a white fluff-ball of a robe with matching slippers, her hair pushed out of her face. I’d sit just outside her bathroom starring in silence, and if I was lucky, she’d let me dip my fingers into the jar and take some for myself. That routine went on for the better part of my childhood until my cousin started working for a prestige beauty brand with full access to the fancy stuff. That’s when Pond’s got the boot and her vanity—once stacked with drugstore products she bought in bulk to cut costs—was lined with expensive creams and serums. I wasn’t even allowed to look at her while she put that stuff on.

Fast forward two decades, and now I have an extensive skin-care routine of my own, though I generally slap on whatever product is on top of my collection with one hand while the other scrolls through Instagram, flips through a book, sorts through the laundry—anything to feel like I’m multi-tasking. But recently, I found a product that made me slow down. In fact, it made me shut the bathroom door and ask Alexa to put on smooth jazz (don’t judge me) so my boyfriend couldn’t interrupt my “me time” to brush his teeth. But it just so happens that that product—La Prairie’s Line Interception Power Duo—has a $350 price tag. I’ve fallen in love with a $163 vitamin C serum, and even traveled illegally with a $158 lactic acid mask, but I haven’t used anything north of $200 with regularity, well, ever. I think I actually said something to the tune of, “you must be insane” while reading the tag.

The basics about this product, specifically: It’s a day and night cream packaged with two separate, airless pumps, and it has a nifty little lock feature so you can’t accidentally spill it all over your new leather tote as I’m wont to do. It’s designed to be an antioxidant-driven alternative to Botox (though, let’s be serious, nothing topical comes that close) that won’t leave your skin red or peel-y the way some retinoids can. But even though I’ve waxed poetic about this product’s texture to everyone that’ll listen, and even though I genuinely look forward to putting it on twice a day, I couldn’t reckon with its cost. So I did what any self-respecting editor would do: I called a cosmetic chemist. My first question: Why the hell do some skin-care products cost a shit ton?

“It’s hard to put a price tag on experience,” said Randy Schueller, one of the cosmetic chemists behind The Beauty Brains, who knew exactly what I meant when I told him I just felt so fancy when I used it. “Some people just love the texture or scent or the look or feel of a product, and if you’ve got the money and experientially, you love it, then the product will be worth it for you.”

The scent, which is pretty strong and the same across all of La Prairie’s products, is neither a pro nor a con for me, but the texture feels like butter—or, in beauty terms, the most luxurious silicone you’ve ever touched without the actual silicones—so, check. Still, in the world where buying a cheap dupe of an expensive product rebranded itself as a humble brag, is it actually worth it?

“There’s evidence that says you can’t just say more expensive is better,” says Schueller, who says many drugstore products are often pretty comparable to their more expensive counterparts. Besides, there’s a reason most derms almost exclusively suggest brands like Neutrogena, Olay, and L’Oréal: They’re more widely accessible, and more often than not, they get the job done—but usually without bells and whistles. “Of course there are differences, but it’s also not as simple as a prestige product or something you buy at the drugstore. It’s more about what the product is designed to do and what ingredients are that are used to deliver that.” 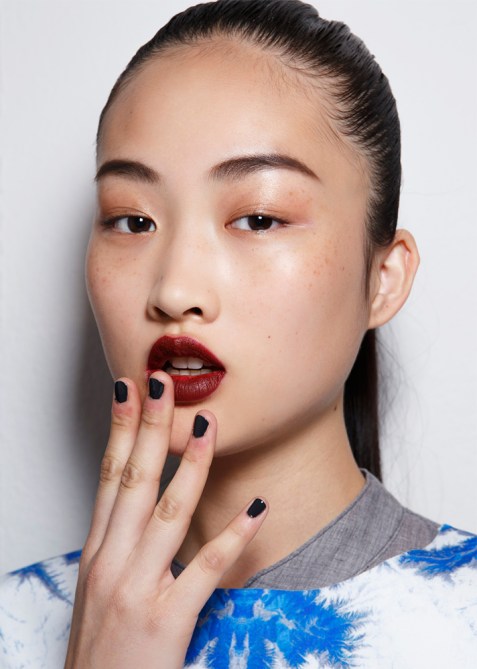 Dermatologist Mona Gohara echoed his sentiments, recommending you look at skin care the same way you look at anything else in life. “Cheaper products always have the hazards of breaking down more quickly, as well as not being as effective as more expensive options,” she said, but if you’re keeping it out of light and making sure the top’s secured, any product should last a few months. Still, “all the R&D that goes into a product means something.” She’s talking not just about the product itself—research, testing, more testing, etc.—but also about the fact that it would have been easier—and tens of dollars per unit cheaper—to throw the formula into a jar. A more substantial packaging with an air-tight pump that blocks out light and travels well will certainly push the cost up—but nowhere near its retail price, of course. Margins exist for a reason.

But let’s talk about what the product’s designed to do: In addition to its skin-plumping hyaluronic acid, it also has peptides that interfere with the way your muscles contract (sound familiar?) so your facial expressions aren’t as pronounced. Within two weeks, you’ll see it alleviate some fine lines and wrinkles, and after three months, deeper expression lines, sun-induced lines, and wrinkles should look less obvious. It’s basically a topical, less-potent version of Botox for anyone that’s terrified of needles, so you can’t expect Botox-level results. And if we’re being honest, I’ve had preventative Botox once, and I don’t have too many fine lines and wrinkles to speak of, but after a month of use I noticed the skin near my eyes is a little brighter, my acne spots require less concealer, and my forehead lines aren’t as noticeable—unless I’m dehydrated, then I’m a lost cause.

So are more expensive products generally worth it? Not always, says  Schueller, who recommends you generally stay in the mid-range unless you find something that blows you away on either end. “If I had to boil it down to one piece of advice, look for the ingredients that are proven to work,” he says. “There’s so much BS built in to anti-aging products that doesn’t need to be there. Sunscreens are very effective anti-aging products, as are retinoids, niacinamides, ceramides, and peptides. And make sure you’re looking at products that are working with active ingredients we know work, so you don’t get tricked into spending hundreds of dollars on things that sound sexy.”

MORE: The Totally Justifiable Reason Why I Always Splurge on Luxury Lipstick