Plastic surgery seems like the fairy tale of the beauty industry: You can walk into a doctor’s office with what you perceive as flaws, and—potentially, if all goes according to plan—leave with those imperfections minimized, and in some cases, erased entirely. Lifelong insecurities, fears, and frustrations (not to mention legitimate medical problems) can be addressed in a matter of hours. Is it any wonder that 1.4 million Americans per year are going under knife?

The fact that women are getting cosmetic surgery at younger and younger ages is well-documented, but that doesn’t make it any less fascinating. Millennial women are certainly contributing to the spike in surgeries (recent data hints that more than a million more people are doing it each year), with the most popular procedures being breast augmentation and liposuction.

We asked five real women who had positive experiences about their motivations for taking the plastic plunge. Below, five share the stories of their surgeries—plus, advice for other women thinking of doing the same. 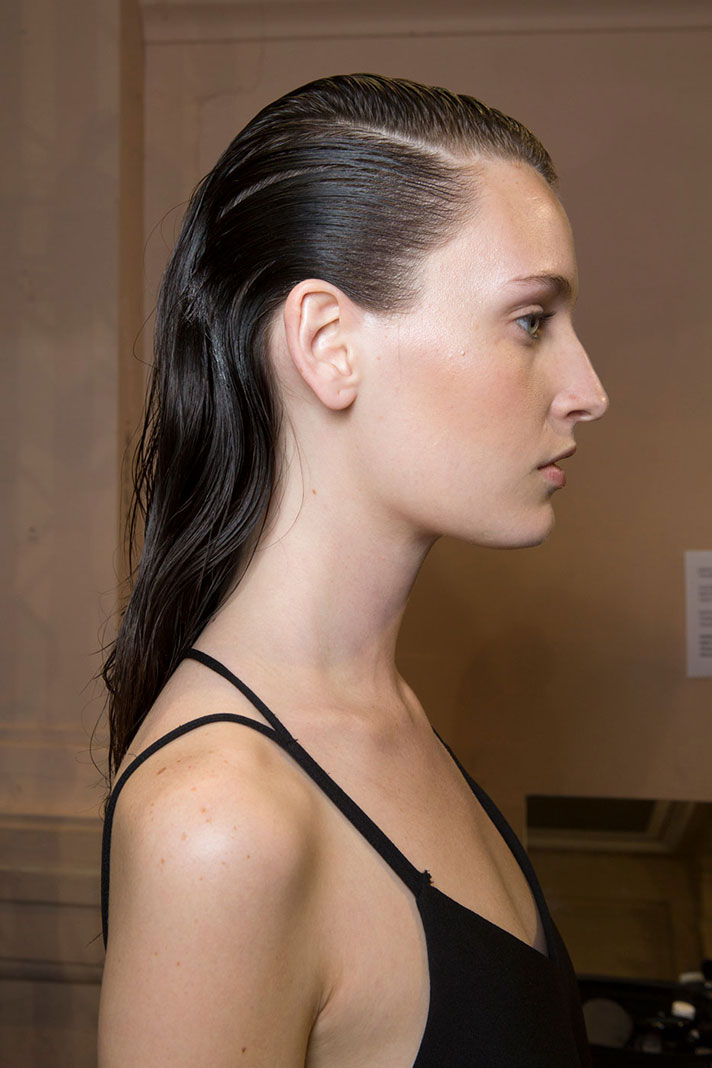 Who: Laura, 26, marketing communications director in Boynton Beach, FL
What: Saline breast implants, $2,300
Why: “I was small-chested while growing up, and was always unhappy about it. In 2014, I moved to Florida and made it a New Year’s resolution to get surgery because I want to enjoy my body while I’m young and single. I found a good doctor at a decent price, the surgery was quick, and I wasn’t in pain, but felt for a week or so like I had done a very heavy chest workout. The worst part was that the anesthesia made me constipated for days—TMI but important to share! I was back to work in five days.

I’m happy with my new breasts, I feel more confident, and would definitely do it again. If you’re thinking about getting breast augmentation, just be prepared for the emotional rollercoaster you’ll be on post-op. Between being sore and loopy on medication, you’ll also feel major mood swings, from happy to worried about how your body will ultimately look to doubting your decision and beyond. Hang in there and try not to Google every little thing.”

MORE: WTF is a Botox Facial and Should You Try One?

Who: Brenda, 31, assistant project manager in New York City
What: Infra Gluteal Liposuction, $6,000
Why: “I wanted to get lipo since age 20. I was always self-conscious about my body, but too afraid to go through with the surgery. Finally, three months ago, I decided to bite the bullet and it was the best decision I ever made. I was tired of being so self-conscious about my body, always wearing long sweaters because my pants fit weird, and struggling every time I went to the beach.

I had a small area done, so the procedure only took about an hour and a half. I was able to walk right after surgery and took pain killers only that day. I rested at home resting for four days and went back to work right after, but if you can, I’d suggest staying home for five or six days, instead. For me, the worst part of recovery was undressing to shower and seeing the wound out in the open. I felt like I was about to pass out. My best advice is to do your research before picking a surgeon. It’s better to spend a little more money and make sure you’re in good hands. I couldn’t be happier with the results—it literally changed my life.”

Who: Amanda Lauren, writer and blogger in Los Angeles
What: Rhinoplasty, $0 (covered by insurance)
Why: “I was born with a pretty good nose, but in fourth grade, I fell down a flight of stairs, broke it, and ended up with a little bump. My nose was’t horrible, and it could have been worse, but it bothered me. I always knew I would get it fixed at some point, but didn’t know when. Then, during college, I became sick with chronic sinusitis and was on antibiotics over 20 times. It was beyond a stuffy nose or ‘allergies;’ it was truly debilitating. So, after graduation, when an ear nose and throat doctor suggested sinus surgery, I asked her if she would fix my nose while I was under, and she said yes. As a joke, I started to call the rhinoplasty ‘The Clinique Bonus of Surgeries.’

I love my nose now, because it looks like my nose before the accident. It’s so natural, most people are surprised when I tell them I’ve had it fixed. I feel more confident because I think my face looks better. If you’re thinking of getting rhinoplasty, do your homework. Go to a board certified physician, and consider going to someone who specializes in noses. Make sure you’re comfortable and have a good rapport with the doctor. Get multiple consultations and bring a friend or family member with you.” 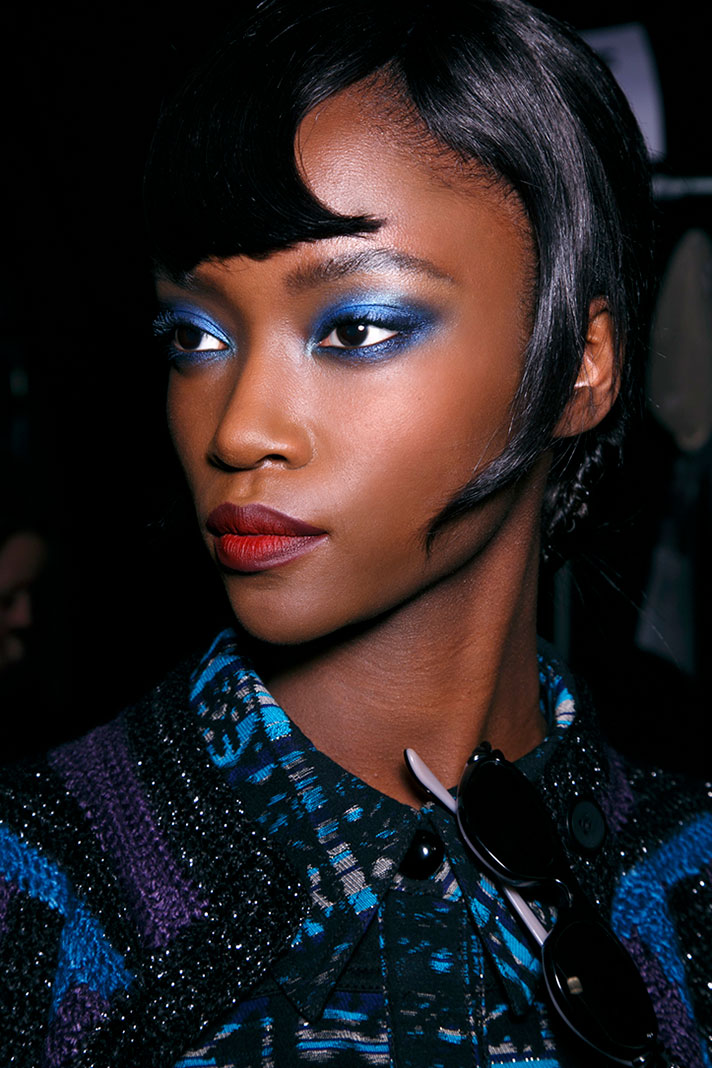 Who: Jey Tehya, 35, novelist, Portland, OR
What: Tummy tuck, upper thigh lift, breast lift, upper arm lift, and various liposuction procedures; $12,000
Why: “I went from 150 to 250 pounds in a single year when I was in college—and then dropped the weight just as quickly. My skin doesn’t have much natural elasticity and the severe weight swings created fat pockets and extremely baggy skin. Cosmetic procedures in the U.S. are very expensive, but when I realized how affordable they were in Costa Rica, I took advantage of it. I had all the surgeries in a single nine-hour procedure, which was very taxing on my body. The bruising from the liposuction was the most painful. For about four weeks, I had to wear a special body suit, similar to full Spanx, that covered me from my elbows to my knees. This was to help flatten out the new shape of my skin. I also had to get liposuction for two weeks to encourage the new distribution of fat to lie as it’s supposed to.

One week after surgery, I hiked around the perimeter of a volcano; six weeks after surgery, I started yoga teacher training; and six months afterward, the scars had mostly healed. I’m much happier with my body, and would 100 percent do it again. If you’re considering plastic surgery, know this: You’re going to either have the body you have now or the body you want with scars. Which do you prefer? In many cases, scars trump baggy, saggy skin. Do your research, look at the doctor’s before and after photos, and avoid spending too much time on message boards. You’ll just scare yourself.”

MORE: 30 Celebrities Who Clearly Had Plastic Surgery: Before and After Pics

Who: Karina, 24, project manager and marketer for independent record label, Brooklyn, NY
What: Breast reduction and lift, $14,000
Why: “I’m 5’2 and weigh 115 pounds, but had size 34G bra size since I was 17. At first, it was exciting to be one of the first of my friends to develop, but as the years went by my breasts became more of a pain and annoyance. I had frequent back pain, had trouble doing certain exercises like running or stationary cycling, and found it nearly impossible to wear tops that didn’t make me look like a circus tent. Buying bathing suits was the hardest task ever—not many stores sell bikini tops size XL with bottoms that are size XS.

At 20, I had put on a couple pounds in college, and thought that if I got to my ‘goal weight’ and shed a few, maybe my breasts would follow suit. Fast forward four years: I lost 10 pounds and my breasts did shrink a size, but were then incredibly saggy. I felt uncomfortable and insecure being shirtless and was still having back pain and trouble working out. My parents and I decided that it was time to make a change. A 24-year-old girl shouldn’t have breasts that sag like a 50-year-old, and it was time that I got to feel confident in a bikini for the first time in my life. We researched to see what the procedure was like and who would be the best surgeon, and ended up choosing Dr. David Shafer, a New York City-based plastic surgeon who alleviated my anxiety by sharing his own personal experience of going under the knife.

I had surgery a few weeks ago, and my smaller breasts look better than I could have ever imagined. I’ve never felt happier or more confident about my body. This was the best decision I’ve ever made and I definitely recommend breast reduction to other young girls my age facing similar issues. One thing that really helped with my recovery was hiring a professional trainer a few weeks prior to surgery to get my body—especially my chest and upper body—in the best shape possible. I think it was part of the reason I was able to heal so fast and not injure myself during recovery. I also recommend getting the surgery done during fall or winter, so you have plenty of time to heal before summer, and it’s easier to stay out of the sun while you’re healing.”

A version of this article originally appeared in October 2016.