Jessica Alba is becoming our number one hair crush as she stepped out in two different vintage-inspired hairstyles this week. What made them work was the modern feel she brought to the classic looks. 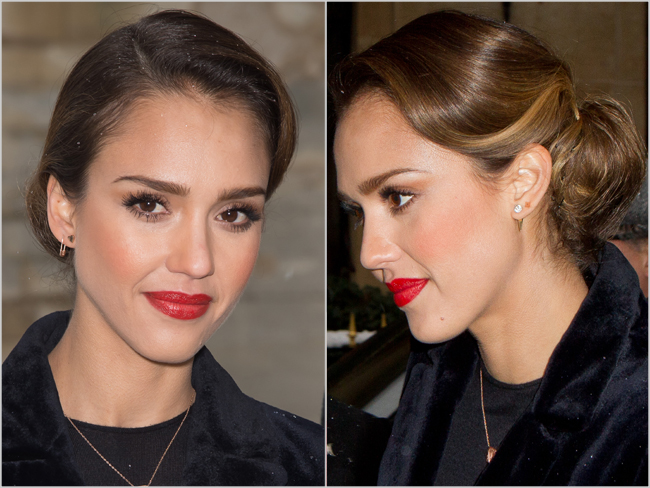 For her front row outing at the Christian Dior Haute-Couture show, Alba paired her rich red lip with a low chignon. The way her front strand swept down and was then pinned right above the bun was so 40s chic. But the shiny finish gave the look a modern vibe. 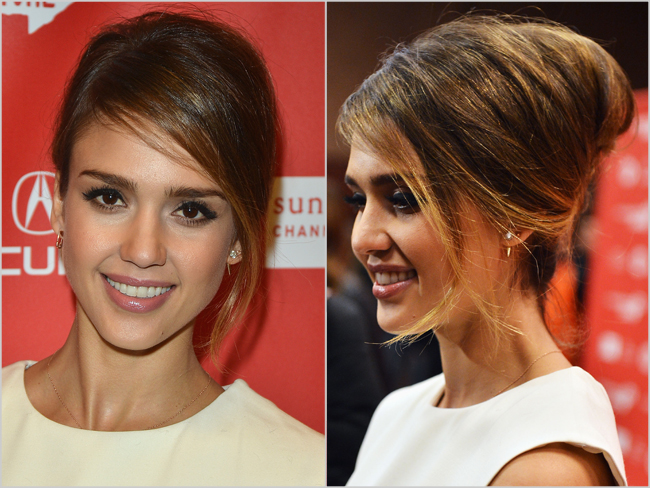 Later in the week, Alba sported an updated French twist at the Sundance premiere of her new film A.C.O.D. From the front, it looks like the classic updo, but from the back you can see how it was loosely rolled up to create volume on top. The loose, messy-chic look and rough texture gives the look a fresh feel.