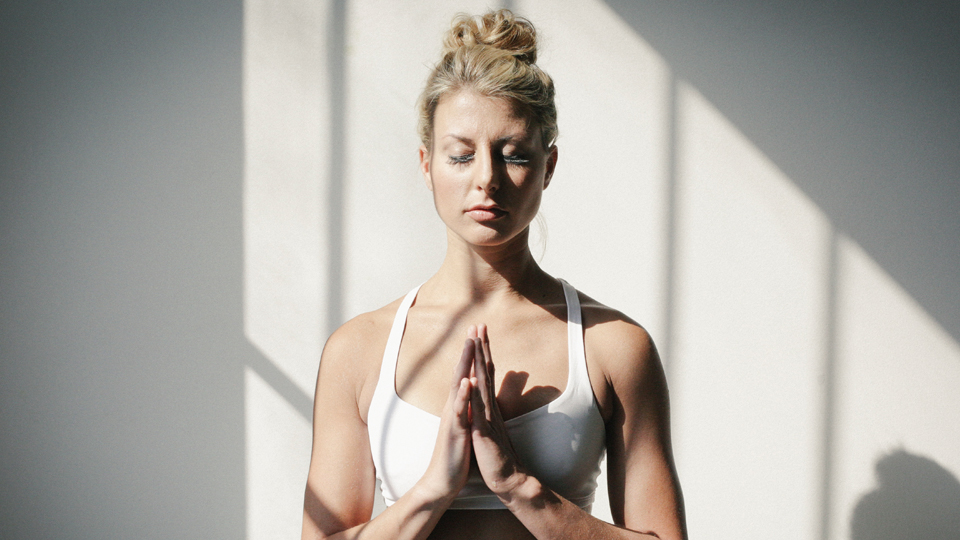 My feelings on meditation are well-documented: Regular practice can and does improve your sex life, reduce anxiety, and help you sleep. In the past two and a half years, I’ve progressed from sarcastically raising an eyebrow at the mere mention of a mantra to a person who regularly writes about the practice for a living. Over this time, meditation’s also become a full-blown wellness trend among my kale-eating, Soul Cycling, smoothie-making friends. And while the practice may seem eye-rollingly millennial, we can all agree that the next progression of that trend is mass meditation, as in, meditating with hundreds of strangers.

Entrepreneur and meditation obsessive Jesse Israel is at the forefront of the movement, modernizing mass meditation with The Big Quiet, a buzzy New York City–based event bringing together hundreds of meditators for a group practice every three months—trust me when I say this one’s primed to explode across the country in 2016.

Israel started the event nine months ago after nearly a decade in the music business: “For years, I was running a record label and found meditation as a way to deal with my own stress of daily life and running a business. After that, I wanted to find a new way to bring people together and discovered that group meditation is a powerful way for groups to connect.” He tested out the concept with a handful of friends: “I started by using a friend’s loft and inviting DJs, fashion designers, and friends together to meditate, and found that people were connecting afterward,” he explained.

Intrigued—and because I’m well and truly drinking the Kool-Aid by this point—I went along to yesterday’s the Big Quiet in NYC to see what it’s all about. While it’s always at different venues, yesterday’s (sold-out, of course) event was held at Jazz at the Lincoln Center, in a seriously impressive amphitheater with floor-to-ceiling windows. The room was filled with writers like me, entrepreneurs, fashion publicists, musicians, and the general lineup of twenty-and-thirty-somethings you’d see at any hyped-up New York event. We were introduced to a couple of rules—phones and shoes off—and then Israel kicked off the meditation by giving rookies in the room some pointers.

Let’s get the obvious out of the way: Yes, it’s more than a little elitist to fork out $50 to meditate with 500 other privileged strangers in one of the most impressive buildings in New York. I get it! But the experience was amazing. In addition to the 15-minute group meditation, instrumentalists led us through a “sound bath,” which is kind of like taking a nap but with music. I felt incredibly relaxed and, yes, centered (sorry!) afterward, and the effects have lasted well into the next day. It was exactly what I needed to reignite my commitment to daily meditation, which I’ve admittedly been neglecting lately. If you’re in a similar situation or want a killer introduction to meditation, I recommend trying it in a group setting. “There’s something powerful about sharing quiet. People are drawn to the experience of sharing something so unique with a big group of people,” Israel explained to me.

I reached out to meditation guru Gabrielle Bernstein for a little insight into why mass meditation is becoming so popular among millennials. She explained that it can help motivate you to practice more regularly and can supercharge the regular effects of solo meditation. “Meditating with a group can help your connection and commitment to the practice. It’s likely that you’ll sit longer and be less likely to pick up your phone to check the time or get distracted,” she explained. “The group’s energetic resonance can also deepen your meditation because the alpha brain waves become synchronized. This is what we call ‘coherence.’ When there’s coherence of the brain waves, it causes other people to receive the same properties in their subconscious mind, which heightens the meditative experience of the group.”

Israel said the Big Quiet does have plans to expand across the country and even internationally, so keep your eye on the website to find out when an event is coming to a city near you. Or, you know, grab a group of friends and meditate—for free—together.