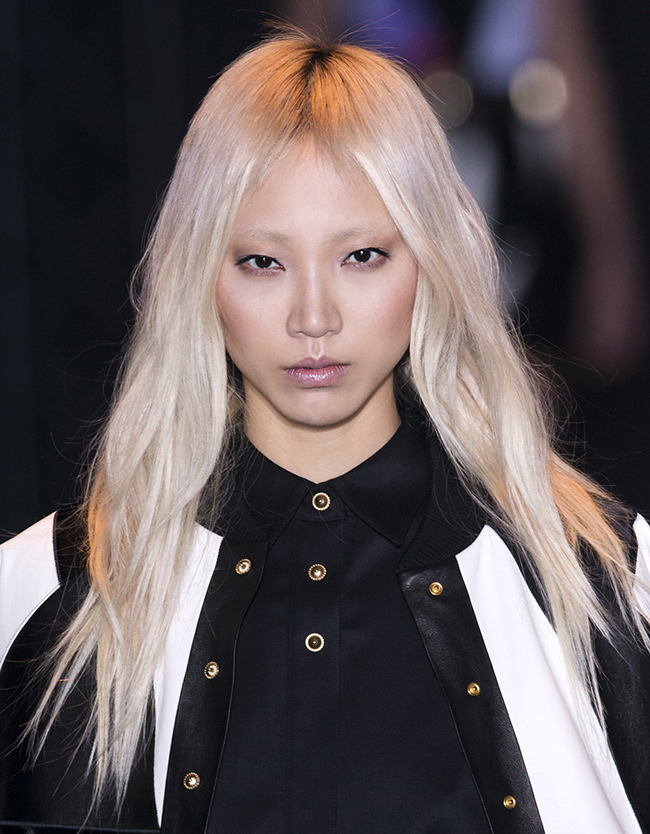 It seems that ever since platinum became THE hair color of the (seemingly never-ending) moment, followed by all kinds of pastel unicorn colors that required serious bleaching for many to achieve, girls and women have rejoiced at achieving their dream hair color… only to lament the extreme breakage and “chemical haircuts” that come from assaulting your hair with bleach and other chemicals. Some girls with very dark hair would have to bleach several sessions, days apart, to go as light as they want, or risk the chemical repercussions of a one-session bleaching.

Well science has heard our cries and answered our prayers with an in-salon treatment that drastically reduces chemical damage to your hair while getting a color or chemical treatment. It makes it possible to lighten and tone hair several levels with minimal to no damage. It’s called Olaplex, and here’s how it’s changing the game of hair treatments.

No More Breaking Up With Your Hair. Olaplex, when used for a double process or when lightening very fine and delicate hair, drastically reduces breakage– often with zero breakage at all. There’s nothing worse than getting a great color treatment that just sheds into your shower drain the next week.

Bleach Buffer. “Olaplex works by essentially acting as a buffer between bleach and your hair to protect its integrity,” says hair colorist at Mizu Salon, Miguel Angarita. When you double process hair, the hair’s structure is compromised a great deal, often changing the texture completely. Olaplex prevents that from happening by stopping the hair bonds from breaking in the first place.

It’s Versatile. “Olaplex can be used not only for color treatments but also keratin, relaxers, and perms,” Angarita notes– pretty much any chemical treatment that damages hair in the process. You can also just get an Olaplex treatment to repair hair that’s incredibly porous or damaged from past chemical treatments. Some salons like Mizu tack on a bit of a surcharge to use Olaplex in a treatment, so make sure you ask. Considering it nixes damage so much, it may very well be worth it for you.

Good Things Take Time. Since this is a treatment that comes between any chemical and your hair, this does mean that the processing time will be increased, and the volume of lightener needs to be increased to balance that out. For some of us who have endured the grueling double process of going from black to platinum blonde (which can take upwards of six hours), the idea of spending an entire day of operation in a salon can be daunting. Olaplex does however cut the chemical vapor-y scent of bleach chemicals so you at least won’t get light-headed from inhaling bleach fumes.

How To Get It? It’s as simple as calling your salon and asking. It’s still a fairly new product and not standard practice but salons that do lots of coloring would be mostly to use it. Unfortunately you can’t just go to a store or buy it online– this is strictly a salon professionals thing.