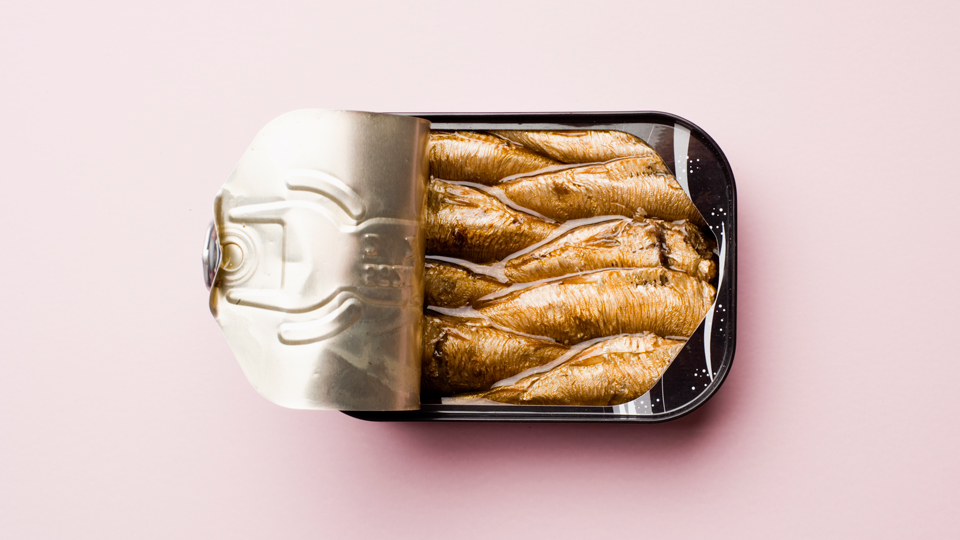 There’s been a lot of talk about bisphenol A—BPA—lately, a synthetic hormone that mimics estrogen and is often used in cans, food packaging, hard plastic bottles, containers, even the receipts you get at supermarkets. Depending on who you talk to, BPA’s either harmless or a cancer and infertility-causing monster.

Some reports about BPA border on hysterical, warning against ever eating packaged foods or drinking from water bottles, while the US Food and Drug Administration (FDA) and American Chemical Council both continue to tell us to relax, as there’s no risk of the chemical actually causing harm. Then, there’s other research suggesting that BPA-free alternatives might share the same risks as the chemical itself, so you should just avoid plastic and cans altogether for the rest of your days.

As for why companies even use BPA: It’s relatively cheap to synthesize, and it’s key for crafting hard plastics that won’t fall apart when the temperature changes (like in the fridge or microwave.) It was first developed and investigated in the late 1800s for use as a synthetic estrogen—it wasn’t until the 1930s that we decided to forget about its hormone-disrupting qualities and use it to make plastic.

Regardless on which side of the fence you sit right now, the fact remains that there’s an alarming amount of conflicting—and confusing—information swirling around about bisphenol A. So here’s what you really need to know‚ from the products that contain the chemical, to the possible risks, and why the FDA hasn’t banned it.

What products am I using that have BPA?

Cheryl Rosenfeld is an associate professor of biomedical science at the University of Missouri, and told us BPA is found in a number of common household items, including “plastic containers, food cans such as soup, canned vegetables, and even cat and dog food cans, cardboard items, dental sealants, and print receipts.”

Nonprofit EWG just released a list of products that may contain BPA, publishing a searchable product database with a whopping 16,000 products from 926 brands. It found brands Campbell’s and Goya to be two big offenders when it comes to packaging with the synthetic. If you prefer to err on the side of caution, this database is a game-changing resource since companies using the chemicals don’t have to disclose it or include warnings on packaging.

How serious is the risk?

There have been around 1,000 animal-tested studies on BPA, and most show that the chemical may be linked to certain health issues, from changes in fertility to increased risk for cancers and heart issues. Rosenfeld says the risks are numerous and include “reproductive disorders in males and females, neurobehavioral disruptions, including learning and memory disorders, increased aggression in children, heightened anxiety, and social deficits that are similar to those observed in autistic children.”

Other studies show an increased likelihood for cancer, metabolic disorders (including greater risk for obesity and diabetes), and cardiovascular changes. Some research even suggests you only need to consume low dose to be at risk.

Last year California officials added BPA to the list of about 800 chemicals requiring Proposition 65 notices, which basically means products with the chemical will also have to show a warning that they contain a chemical known to cause cancer or infertility. Since that decision the state has dragged its heels on enforcing the decision, but it still goes a long way to show just how dangerous BPA can be.

Why isn’t it banned?

Despite all of the independent research pointing to the dangers of BPA, FDA’s own studies haven’t proven any risks associated with BPA for adults (although it is currently restricted from baby products.) In 2012 FDA flat-out rejected a petition from the Natural Resources Defense Council (NRDC) to ban BPA from food packaging, citing that the studies suggesting a risk were too small to be conclusive, and weren’t based on human results. “There remain serious questions about these studies, particularly as they relate to humans,” the FDA wrote in a statement following its ruling. Meanwhile other countries have been quicker to act—France, for example, bans all traces of BPA in food packaging.

How do I completely avoid BPA?

Yes, it’s scary stuff, but there are things you can do to limit exposure to BPA. Sophia Ruan Gushee is the author of A to Z of D-Toxing: The Ultimate Guide to Reducing Our Toxic Exposures and has dedicated years to researching toxins like BPA. She suggests avoiding packaged products whenever possible—including takeout—and eating more organic whole foods. “Avoid canned foods and foods that are packaged in plastics,” she suggested. “Instead, eat fresh, whole foods that may also boost your body’s natural defenses against toxic exposures.”

Instead of using plastic containers to store your food and water, opt for glass or stainless steel. “BPA can leach from food containers into your food; and the leaching process is accelerated by detergents, extreme temperatures (such as heat from dishwashers and microwaves), and normal wear and tear,” Gushee said. If you decide to keep plastic food containers, toss out worn pieces.