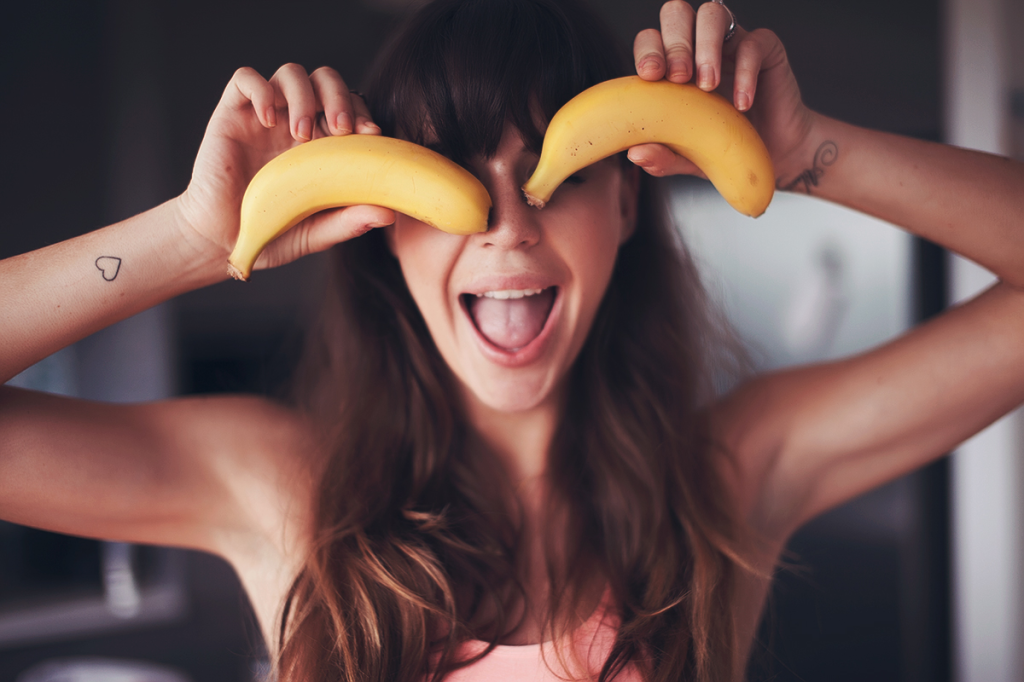 Ayurveda is the wellness buzzword being thrown around by bloggers, Instagrammers, alternative medicine experts, and It-girls alike. You’ve read about oil pulling, a time-honored health habit rooted in Ayurveda, but still don’t understand what exactly that means.

Basically, it’s part of an ancient health practice that’s admittedly alternative by today’s standards, but Ayurveda is so much more than just swirling oil around in your mouth–it’s grounded in thousands of years of Indian tradition and is one of the oldest and most continuously practiced systems of medicine in the world. You can thank the practice for a bunch of trendy health habits, including yoga and massage.

For a full breakdown of everything beginner need to know about Ayurveda, we spoke with an expert–Larissa Carlson, Dean of the Kripalu School of Ayurveda. According to Larissa, Ayurveda is “a form of alternative medicine which focuses on natural treatments, including herbalism, massage and yoga, as well as diet and lifestyle recommendations.” Here’s what else she had to say.

Unsurprisingly, there are a lot of differences between modern Western medicine and Ayurveda, but Larissa says the two work to support each other.

On the other hand, she thinks of modern medicine as being about surgery, pharmaceuticals and for “conditions that are already in a disease state.”

What Ayurvedic practitioners do

Like with most professions, Ayurveda experts come at different levels, depending on their qualifications. It starts with an Ayurvedic Health Counselor–who looks at diet, lifestyle, and exercise recommendations–then the next level up is Ayurvedic Practitioner, and finally Ayurvedic Doctor, who might include more herbal remedies in their recommendations.

What to expect from your first session

First of all, don’t expect your session with an Ayurveda practitioner to come cheap–a 90-minute session will set you back between $125-$200.

Clients begin by completing a “dosha” questionnaire and providing information about their diet, lifestyle, and exercise. Then the consultant will offer some suggestions to support what Larissa calls “physical balance and mental harmony.”

She says these recommendations could include “food items to favor and ones to avoid, daily self-care techniques, digestive teas or spices to use on food to support digestion, or gentle breathing techniques to calm the mind.”

Ayurveda is based on the idea of “dosha” which refers to the three energies believed to circulate the body. Every person has all three doshas, but in different proportions–so you will be dominate in two.

“The three doshas (vata, pitta, kapha) are important energies that govern the seasons of the year, as well as specific functions in the body and mind,” Larissa explained. “They are inherently positive and important, but they can cause suffering when diet and lifestyle choices are not healthy.”

If you believe in the practice of Ayurveda, you believe every person has the three doshas: Vata, pitta, and kapha. Which two sounds most like you?

Vata: “Vata has qualities of being dry, light, cold, and mobile, and governs the cold, dry season of late-fall and winter,” Larissa explained.

“People with mostly vata in their constitution tend to be enthusiastic, social, talkative, creative, and like to move fast. When vata vitiates through poor diet and lifestyle choices, they often have dry hair, skin, nails; constipation; gas and bloating.”

Pitta: “People with mostly pitta in their constitution tend to be witty, intelligent, organized, focused, and goal-oriented. When pitta vitiates through poor diet and lifestyle choices, then the pitta qualities cause suffering, like inflammation, acid reflux, burning eyes, anger.”

Kapha: “People with mostly kapha in their constitution tend to be grounded, dependable, generous, caring, and steady. When kapha vitiates through poor diet and lifestyle choices, then they experience side-effects like congestion, water retention, weight gain, lack of motivation, and sluggishness.”

Ayurveda emphasizes the importance of what, how, and when to eat. To follow an Ayurvedic diet, you must eat seasonal foods that are well-prepared and balance your dosha.

There’s also a focus on how you eat: “Eat mindfully–seated, relaxed, chewing thoroughly, savoring the flavor, texture, and smell of food. You should eat breakfast, lunch and dinner eaten at regular times, so the digestive system has a dependable rhythm,” Larissa said. 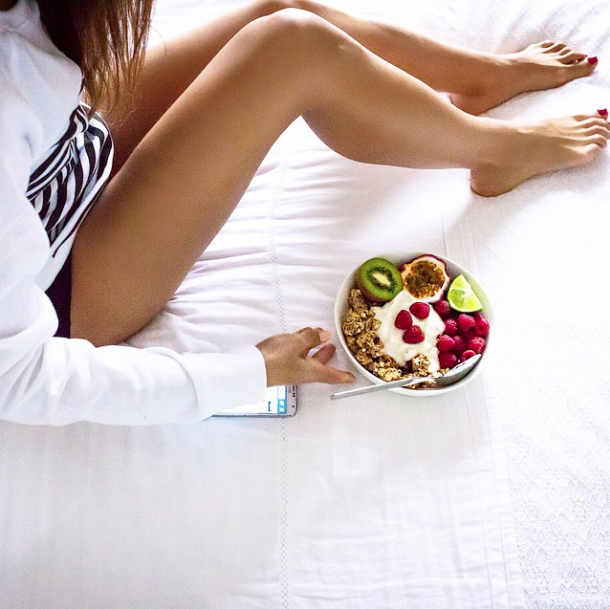 You’ve definitely heard of oil pulling by now, but maybe you didn’t realize that this health trend is grounded in Ayurvedic practice. “Swishing sesame oil in a clean mouth for 5-20 minutes can support the lubrication of the gums and the strength of the teeth. Coconut oil might be recommended if the gums are inflamed, as this oil is more cooling and refreshing,” Larissa said.

Lots of people use Ayurvedic methods to get rid of that annoying sniffing and sneezing throughout spring. Ayurveda believes that most diseases begin in the digestive system, so this could include herbal treatments, spices, teas, and dietary changes. “There might also be recommendations to clean out the sense organs that are suffering, like using a neti pot to clean out the sinuses with warm salt water, which can help prevent seasonal allergies,” Larissa said.