At this point, I barely raise an eyebrow when reading about celebrities’ neurotic tendencies—even when Adele requests two “squeezy” bottles of honey be kept on hand whenever she tours, and Celine Dion demands her dressing room stay at exactly 73 degrees. But the one that left me gobsmacked? When we all got a peek inside the restrictive diet of Tom Brady and Gisele Bundchen. 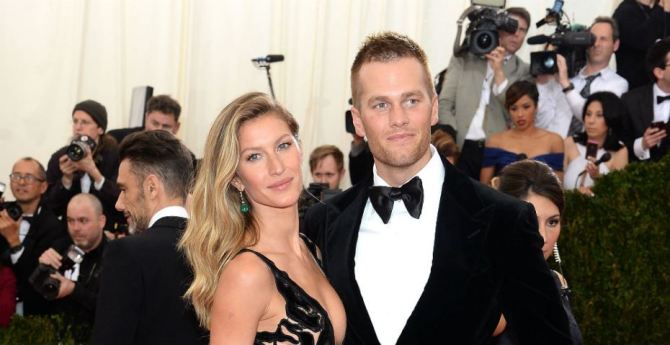 It was back in 2016 when the couple’s private chef, Allen Campbell, shared some pretty fascinating nuggets of nutritional wisdom with Boston while chatting about what the insanely good-looking couple eats—and what they won’t. As a refresher, they don’t touch stuff like caffeine, dairy, sugar, gluten, iodized salt, even fruit, for the most part. The biggest no-no, though? A food group called nightshades.

“[Tom] doesn’t eat nightshades, because they’re not anti-inflammatory. So no tomatoes, peppers, mushrooms, or eggplants. Tomatoes trickle in every now and then, but just maybe once a month. I’m very cautious about tomatoes. They cause inflammation,” Campbell explained.

MORE: Summer Foods and Drinks That’ll Give Your Metabolism a Major Boost

This raises the question—what exactly are nightshades, and why aren’t the beautiful people eating them? Personally, I missed the memo that this food group was up there with driving without a seatbelt and spreading rumors about One Direction disbanding via Twitter on life’s list of things to avoid at all costs, but apparently we’re doing this now.

In fact, according to holistic nutritionist (and Instagram star) Lee Holmes, it’s widely understood among pros that this group of foods can be inflammatory—which would explain why the sporty set try and steer completely clear. “Some people with inflammatory issues such arthritis are often advised to avoid nightshade plants because they have been known to aggravate joint pain,” says Holmes.

Why People Avoid Them

Some people avoid the food group because of an ingredient called solanine. “Occasionally people can react to [solanine],” says Holmes. “So if you to have an allergy to solanine, it is best to avoid them.”

Nightshades also contain lectins, which are hard on digestion and can lead to a bunch of health complications, including food allergies. “Lectins are not digested by the body and many say cause leaky gut, or gaps in the lining of the gut increasing permeability and over time leading to food allergies and autoimmune diseases,” explains sports nutritionist Marie Spano.

Lectins are actually a completely common thing found in many plants, including grains and seeds. Some, like the type you’ll spot in raw beans, are toxic and shouldn’t be eaten by humans, but there really isn’t enough hard proof to say all lectins are harmful, and soaking lectin-filled beans, or cooking them at a high temperature actually deactivates the biological effects of lectins, making them harmless.

But Nightshades Actually Aren’t the Enemy

And I’m no Gisele, but a lifetime free of major health complications and filled with regular eggplant parmigiana binges tells me that nightshades aren’t the enemy.

Experts also agree that completely avoiding nightshades is borderline hysterical: “This chef and others are making assumptions, because the impact of lectins on intestinal permeability and inflammation have not been extensively studied in humans,” says Spano.

Some studies and many dietitians, even say that nightshades can be hugely beneficial to your health, and are popular in many diets that have been proven to help you live longer—sorry, Gisele. “Research shows lectins can help heal medicine-induced ulcers and potentially contribute to a decreased incidence of disease. Furthermore, many healthy dietary patterns associated with lower rates of chronic disease and mortality, including the Mediterranean diet, contain nightshades,” says Spano.

MORE: 25 Incredible Pinterest Accounts Every Foodie Needs to Know About

Don’t Give Up on Them Just Yet

Instead of giving up on (delicious) nightshades all together, you can simply head to your doctor and find out exactly what foods, if any, might be causing your symptoms or exacerbating inflammation: “If I have a patient who describes symptoms of joint pain that may be from food sensitivity, I run a blood test to determine if the patient has any antibodies to specific foods.  This works much better than eliminating foods like nightshades, which are a great part of the diet,” Dr. Caroline Cederquist M.D. explains.

So unless you’re an elite athlete, particularly prone to joint pain, or suffer from another disorder that can be exacerbated by nightshades, cutting out this food group is probably unnecessary.

A version of this article was originally published in January 2016.