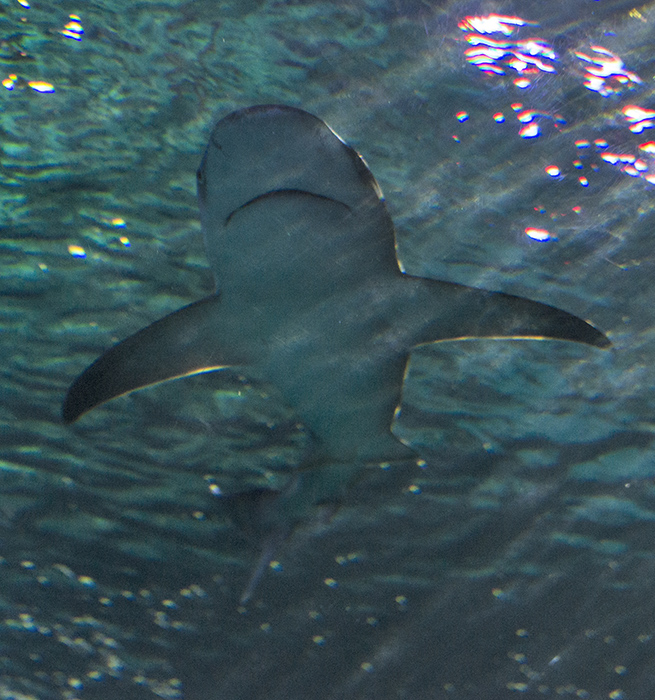 We’re not unfamiliar with controversial, potentially dangerous ingredients in beauty products—we’ll never forget the countless lead-in-lipstick scares we’ve been subject to—but we’d like to think that if millions of Americans are putting something in their mouths twice daily, someone somewhere would have at least taken precaution to ensure that it’s safe.

This is not the case with triclosan, the latest hot-button ingredient that makes up the antibacterial component of the ubiquitous Colgate Total toothpaste. There are countless points to be made in the argument against it, and yet Colgate has still managed to pass its formula off as safe. Needless to say, it’s pretty alarming, but it also got us thinking about a few other controversial ingredients we’ve seen in our beauty products.

Shark Liver Oil
Squalane is a great natural moisturizer that we’re always happy to see in an ingredients list for its skin-softening, super-hydrating properties, but it’s kind of a gamble, considering this lipid is primarily derived from the liver of a shark. The human body also naturally produces a small quantity of squalane—it makes up roughly ten percent of our overall sebum content, and acts as a protective barrier and emollient that defends against moisture loss. While vegetable-based squalane isn’t unheard of, extracting the oil from the livers of deep sea sharks is a cheaper, more commonplace practice.

Formaldehyde
Highly toxic when ingested, and irritating to all of the body’s organs, formaldehyde is most commonly used as a potent disinfectant or to embalm corpses. Just as the chemical delays the process of decay in human bodies, it also keeps beauty products fresher longer by protecting them against bacterial contamination. Formaldehyde is officially classified as a carcinogen by the FDA, but you’ll still find it in nail polishes, heavy-duty eyelash glues, and treatments like the Brazilian Blowout.

Beetle Shells
If ancient Egyptian women using crushed beetle shells to formulate the first lipsticks in history makes you want to vomit, you may want to sit this one out. The juice of a certain type of female beetle is used to color countless beauty products in the U.S. If you’ve ever seen “carmine” or “cochineal” in an ingredients list, then you’ve used makeup that utilizes beetles as dye, and you’re lucky, because most products identify it only as “color added.” Most of this registers as a weird fact rather than something truly scary—in fact, cochineal extract is favored over synthetic red dyes because synthetics have been found to be carcinogenic—but the dye can cause severe allergic reactions in extremely rare cases.

Fish Scales
Guanine is a crystalline material commonly found in makeup, nail polish, skin care, and bath and body products, either as a colorant or an opalescent agent that gives cosmetics their pearly, “shimmering” finish. It’s also derived from fish scales, which… are also shimmering now that we think about it. Funny how that works! While the scales, generally sourced from herring, were once used in pretty much everything that warranted a bit of shimmer, they’ve now been largely phased out in favor of cheaper alternatives, like bismuth oxychloride.

Read more: 6 Product Ingredients You Should Never (Ever!) Use on Your Face