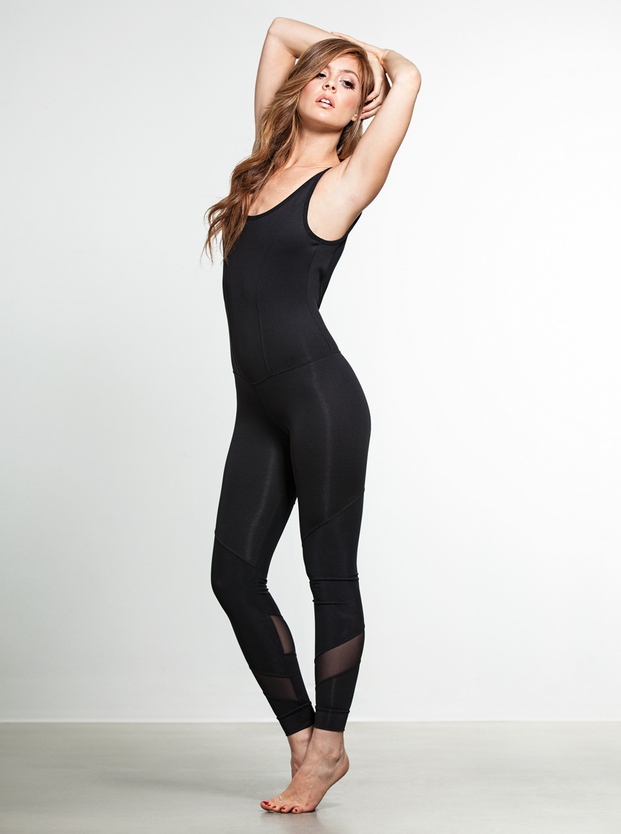 Whether or not you deem it sartorially acceptable, workout clothes—which often cost nearly as much as designer denim—are now considered appropriate brunch attire. And between new sites like Net-a-Sporter, giants Nike and Adidas, and the fact that legit fashion designers like Cynthia Rowley and Rebecca Minkoff are adding athleisure to their repertoires, there’s no shortage of high-style, sexed-up fitness clothes to choose from.

I’m not really someone who works out in these types of clothes—I’m barely 5 feet tall and usually wear ugly German sports bras that I special order online—so when I got the chance to test out a buzzy new fitness jumpsuit, I figured I’d fit right in with the sweaty-but-stylish ladies I’m faced with daily at the gym with my Koral Activewear $176 Vector Jumpsuit, an all-black piece infused with the line’s signature sex appeal (trust me: this item would fit right in as one Taylor Swift’s 1989 tour costumes.)

Initially, I viewed the project as a sartorial challenge—intentionally one part silly, one part throwback to Jane Fonda’s iconic ’80s workout tapes, but what I didn’t expect was a lesson in body confidence.

As I tried the jumpsuit on, my biggest insecurity was undoubtedly my stomach, which, while sore from barre class, is far from toned. Would everyone be string at me? Would this giant swath of Lycra hinder my workout? Is exercising in a piece like this really better than an old sleep-away-camp tee and basketball shorts? I decided to put my fancy fitness jumpsuit to the test at one spin class and one yoga class.

At SoulCycle, the room is dark for most of the 50-minute class, though not dark enough to forget that most of “the pack”(as they call class participants) are decked out in exclusively Soul-branded gear. It’s practically a uniform. When I unzip my Nike jacket and lock it away, revealing the jumpsuit’s deep-V-cut back, I initially feel very exposed.

I’m prepared for stares and up-down looks and maybe even some snickering. But instead I can hear only my mom’s voice echoing in my mind: “nobody’s looking at you, they’re all worried about what they look like.” 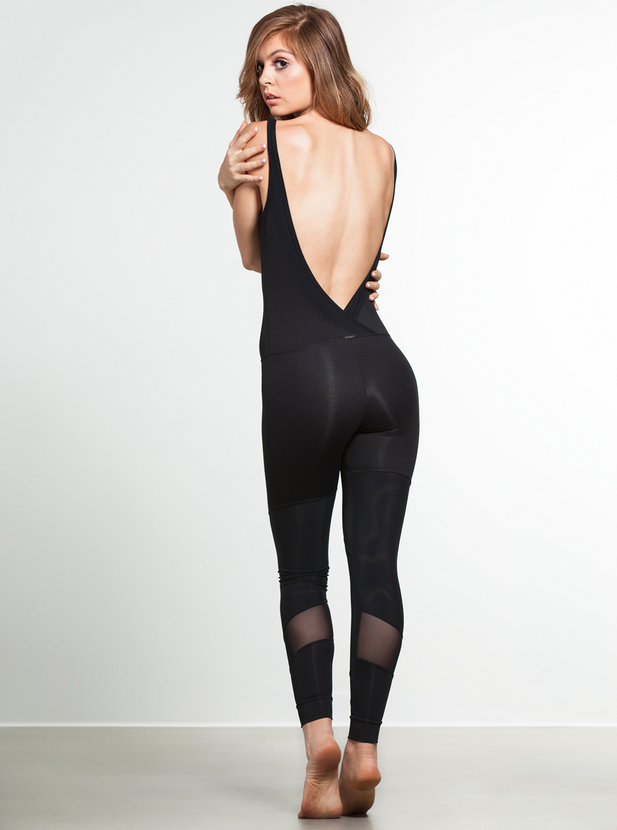 When class starts, I’m expecting to be distracted by feeling exposed; but I feel great—almost like I’m wearing full-body Spanx in a really good way. The very open back allows me to wear my own bra, and also lets a big patch of skin breathe instead of trapping sweat. Also, it’s kinda sexy.

When I’m changing to meet my boyfriend for dinner two hours later, I contemplate leaving it on. There’s just something so refreshingly easy about your whole outfit being comprised of one piece—hence the overwhelming ubiquity of non-gym jumpsuits pervading fashion right now.

A few days later, it’s onto yoga. I resist the urge to go to a class where the room is dark and no one can see me and head to Exhale, where: surprise! I’m the only person in a jumpsuit. While I don’t catch anybody outwardly staring, it is brighter than spin class and to be completely honest, I did still wonder what other women in the class were thinking when they saw me.

Still, like at SoulCycle, the unusual experience of wearing such tight-fitting clothes winds up helping me bring awareness to my movements—call it positive self-consciousness, if you will. Except for a second or two during which my mesh-covered knees bother me in child’s pose, and some slight negative self-consciousness during poses that involve sticking the belly out, the jumpsuit works for yoga.

While I definitely think getting a good workout is possible no matter what you wear, I’m willing to wholeheartedly revive the workout jumpsuit. It makes getting ready for the gym so much easier, and you just might even discover you feel much more confident in a body-skimming garment that’s light years out of your comfort zone, which then contributes to a better, harder workout.

Will I exclusively be buying flashy gym clothes from here on out? Probably not, but you better believe I’ll be rolling up to SoulCycle this week happily sporting this particular piece. And this time, I might not change after class is done.