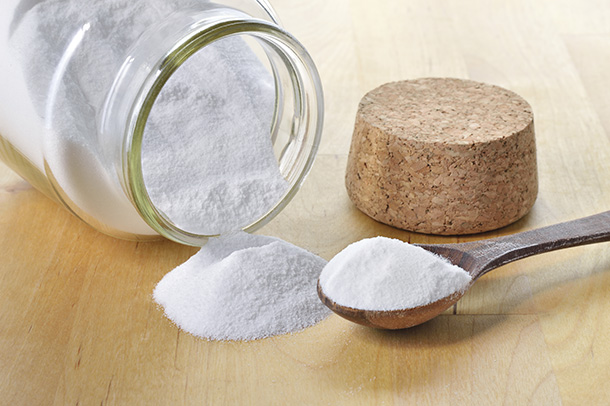 Undesirable beauty problems happen to the best of us, but the worst kinds are the ones that are difficult to get rid of. Broken, peeling nails we can deal with, or even the occasional breakout—but dandruff presents a larger issue, given that it’s both annoying and, frankly, embarrassing, because nobody really knows how to get rid of dandruff on their own. If you’re at that in-between point where you’ve realized over the counter treatments aren’t working, but you don’t want to head off to the derm just yet, give these all-natural cures a try.

Tea Tree Oil
Anti-bacterial, anti-fungal, and anti-inflammatory, tea tree oil makes a wonderful antiseptic for addressing scalp problems, as it treats itchiness while also regulating the scalp’s pH balance—it fixes the cause and the symptoms. Try mixing a few drops of tea tree oil with a bit of olive oil to dilute it. Apply the resulting mixture to your scalp and leave it on for a few hours, or ideally, overnight. Repeat the process regularly—at least once a week—and you should find a significant reduction in dandruff.

Apple Cider Vinegar
There are very few things that apple cider vinegar can’t do. When it comes to doing away with dandruff, the high acidity and enzyme properties actually kill the germ that causes dandruff—we can’t think of many other dandruff-fighting treatments that can claim that. It balances the scalp, destroys fungus, bacteria, and yeast, and basically does everything that needs to be done in the face of dandruff. Use a cotton ball saturated in apple cider vinegar to apply the solution to your scalp and massage it into the roots and leave on for about an hour, then rinse.

Baking Soda
For something that’s been sitting around innocuously in our fridges all these years, baking soda actually makes a pretty valuable beauty tool. One of its best uses is for dandruff treatment: the alkaline composure helps return pH balance to the scalp, thus countering the effects of a dandruff flare-up. The mild exfoliant also helps to shed the dead skin cells and grime that could be causing flakiness and buildup. Just apply a handful to wet hair, focusing on the scalp, and scrub.

Fenugreek Seeds
Not familiar with fenugreek? We can explain. It’s a plant, for starters, and is often used in culinary preparations—its leaves are used as an herb, its seeds as a spice, and the rest simply as a vegetable. Fenugreek also, somewhat bizarrely, is an effective way to fend off dandruff. Not only are the seeds packed with protein, but they also work as a fungus-removing agent, which really addresses dandruff at its source. Soak two tablespoons of fenugreek seeds in water overnight; once they’ve softened in the morning, ground them into a paste. Apply the paste to your scalp and leave the solution on for at least half an hour, then rinse. Repeat regularly, and you’ll banish your dandruff altogether in no time.