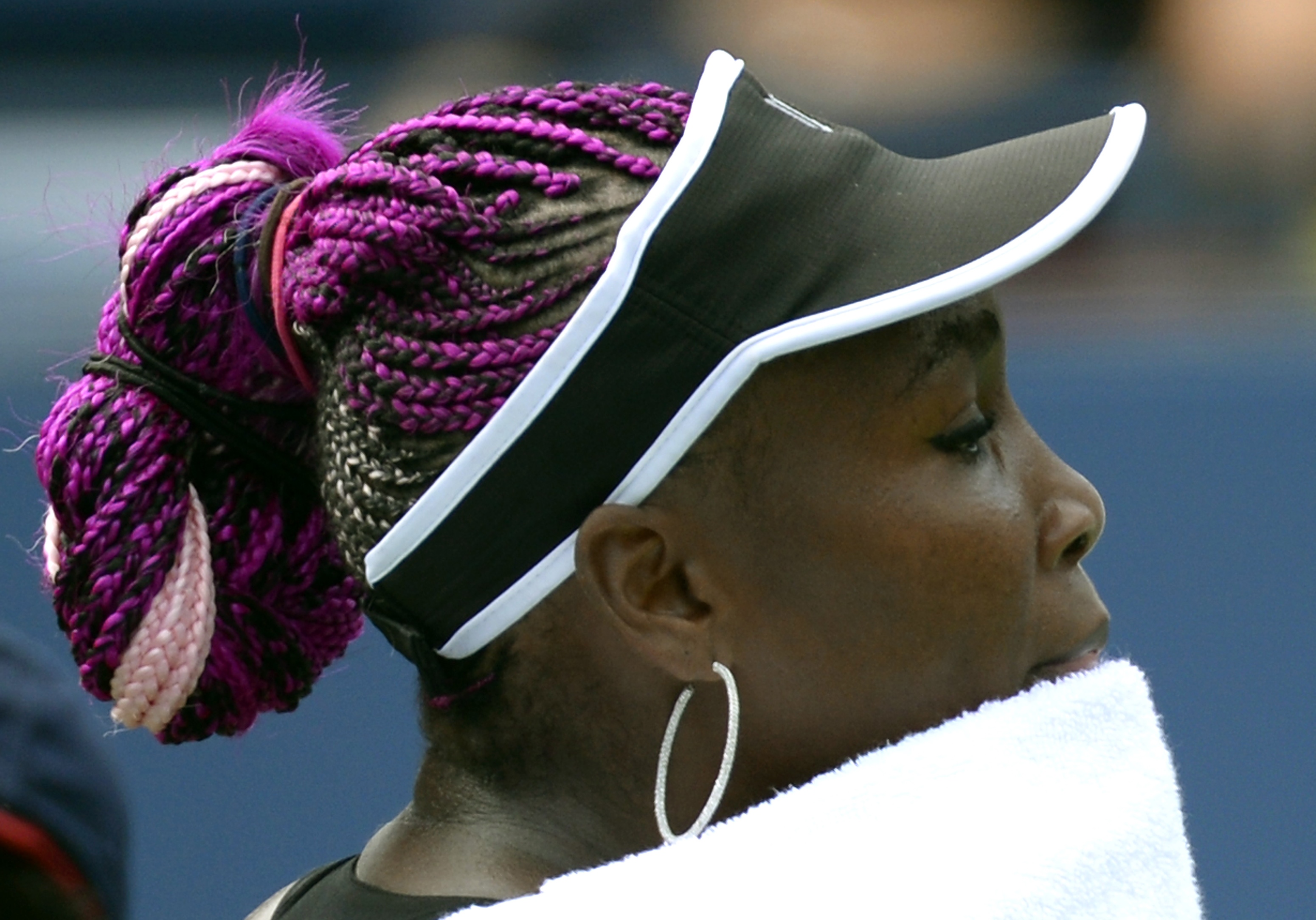 Never one to blend in, Venus Williams stepped onto the court at the U.S. Open in one of her best looks yet: Purple hair. Venus and her sister Serena Williams have been melding the beauty and tennis worlds over the past few years, sporting nail art that we so desperately wish we could copy, and even collaborating with OPI for a special nail polish collection. Of all their tennis court looks, though, this one takes the cake.

MORE: Wimbledon 2013: Nail Art Has Taken Over the Tennis Courts

Sporting a giant bun of fuchsia braids (with a few pieces of pale pink in there for good measure), Venus made a statement as she served up some of her best game against Kirsten Flipkens at the U.S. Open. But, the tennis star didn’t stop there. Adorning her fingers was matching fuchsia nail polish, complete with rhinestone accents at the center of the cuticles and a show-stopping, glimmering bow on her ring fingernail. Any woman who can wear a giant bow as nail art and compete to be a national tennis champion without her nails getting ruined is A-OK in our book. 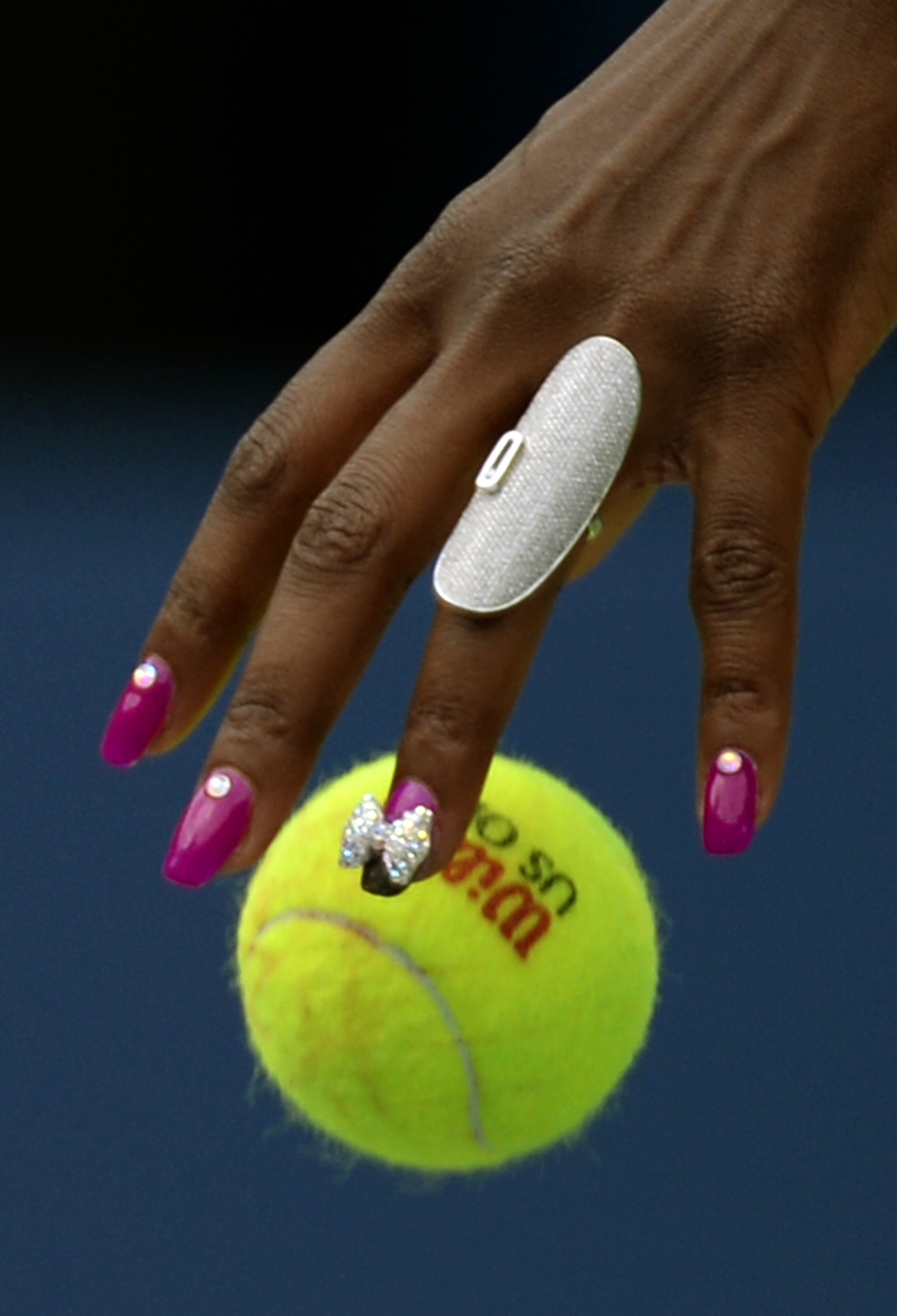 What do you think of Venus Williams’ hair and nails? Would you ever go for fuchsia locks? Tell us below!