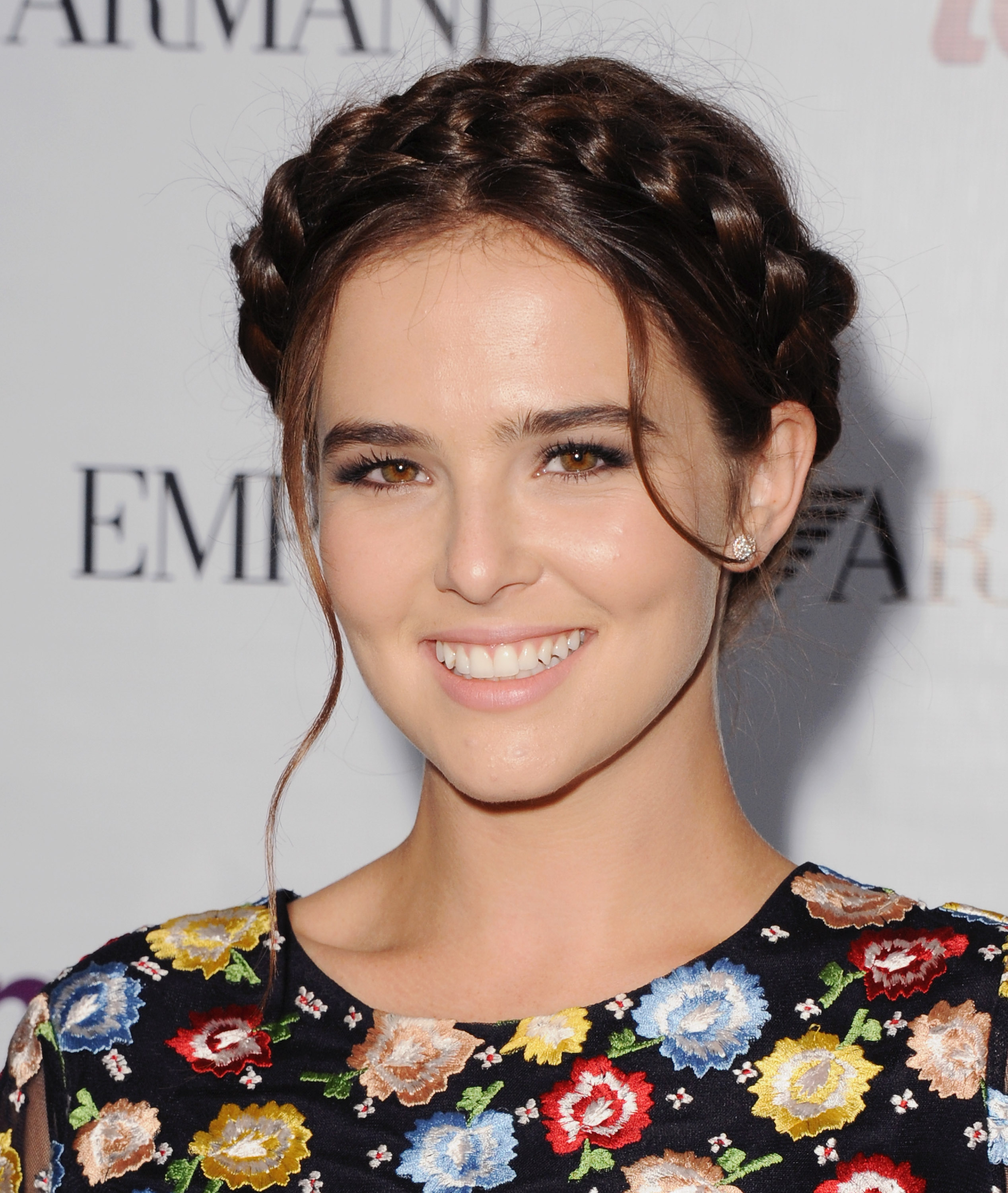 In Hollywood’s latest edition of vampire pop culture, “Vampire Academy,” a comedy-meets-action movie about vampires living in a mortal world (and, of course, going to “normal” high school), is set to come out this Friday, February 7. Packed with a cast of the next class of Hollywood royalty, the film stars “Modern Family’s” Sarah Hyland, “Shameless'” Cameron Monaghan, and “Switched at Birth’s” Zoey Deutch as the main character, Rose Hathaway.

In honor of the movie coming out this week, we caught up with Zoey to get an inside scoop on her favorite scenes, how she prepared for the role and, of course, her go-to red lipstick. Read on below!

Zoey Deutch: I didn’t have much time to read the book beforehand, but I’ve read it since getting the role. I connected to the character in the script and the book was my dream come true, because it’s a journal from my character. My character is the narrator of the book, so I got awesome insight for what the author really wanted, how she should be portrayed.

What was your favorite scene to get ready for?

I think my favorite scenes were the fight sequences. I hadn’t done anything like that before. I was with Cameron Monaghan, and we had a week and a half pre-production to learn fight sequences, and so many in a short period of time, and the day before we shot this one scene we had 20 minutes to learn it. I think it’s going to be great.

You’ve played a lot of characters going through high school. How would you describe your “school style” when it comes to hair and makeup?

When I was in high school, I can’t believe how much time and effort I put into it. I set up my outfits the night before. It wasn’t about people judging, it was just an artistic expression and I spent so much time picking things out. With makeup, I leaned towards a light smokey brown eye, individual lashes, and never waterproof mascara. It rips your eyelashes off. I use Chanel mascara because it isn’t clumpy but it’s also full. With false eyelashes, I recommend individual instead of full lashes with a thin liner at the top. Full false lashes just look tacky and it didn’t really fit with me. I love Chanel base makeup and concealer. I’m more about eyes. If I do lips, I don’t do eyes. It’s like no tits and legs, choose one or the other. My go to lipstick is Ruby Woo from MAC. I love matte red lips really carefully done with lip liner. Or I like a purpley-plum color. Sometimes I do that when I’m feeling lazy, because you don’t need the other shenanigans.

MORE: Matte Lipstick: All You Need to Know About the Look

When you’re not on set, what’s your go to beauty look?

I’m pretty OCD about facial cleanliness, and I carry Cetaphil wash and moisturizer in my purse everywhere I go. I love a clean face. I like mascara and Vaseline for my lips. But for auditions, when I go to meetings, I try to spruce up a little more. They pound on the makeup at work.

What’s the best beauty tip you’ve ever learned sitting in the makeup chair?

Well, my mother always told me to wear sunscreen. One great tip, take off your makeup when you can, if the makeup artist on set will let you take it off during lunch or something. Between takes they keep adding more. The best tip I’ve ever learned is to clean your brushes. People don’t realize how much bacteria gets inside of them, and you’re putting them on the most sensitive areas on your skin. It’s imperative to maintain cleanliness and not get infections. There’s so many cheap ways to clean your brushes with like shampoo or something. It’s satisfying, like popping pimples.

“Vampire Academy” will be in theaters for Valentine’s Day. Is this a movie you’d recommend bringing your boyfriend to, or would you go with a group of girlfriends?

By no means is it a chick flick. It leans more towards comedy, but the secondary genre is thriller/action, so thirdly it’s a romance. If anything, guys would really enjoy it, it totally appeals to that audience. The title is understandably girly, but it’s guy-centric and funny and they’ll really dig it. Cars blow up and stuff.

What’s your go-to beauty look for a date night? Would you do something special with your hair and makeup just for Valentine’s Day?

Oh, I don’t know! Whatever makes me feel pretty that day. I don’t plan ahead like that, but probably something simple. I think the initial reaction is to wear red lipstick, but then you have to go and wear red lipstick through dinner and that’s an issue.