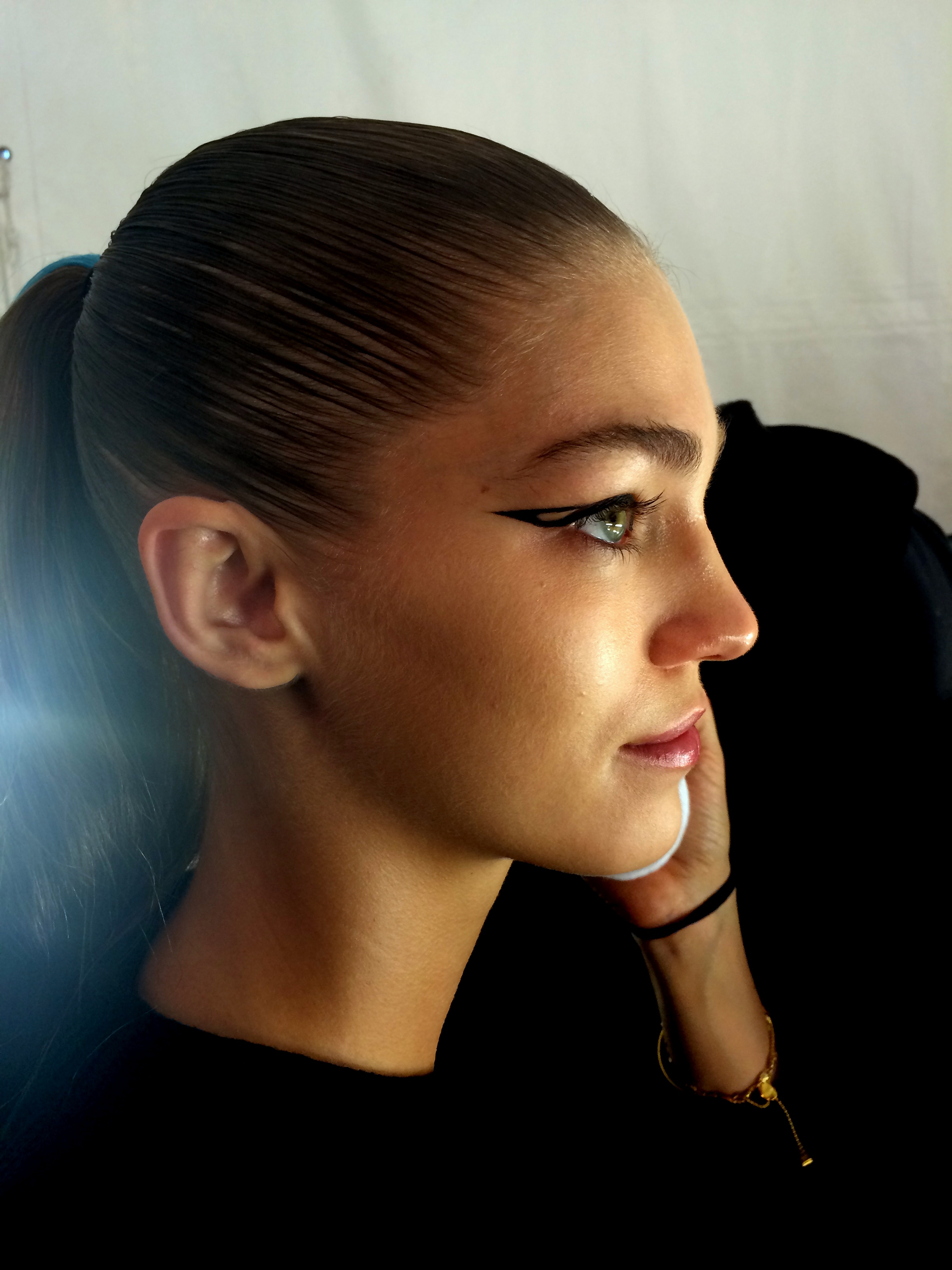 Whether it’s a cat eye or floating liner, a graphic eye is one of our favorite looks, and when we saw the makeup backstage at Herve Leger, we basically fell in love all over again. Legendary makeup artist Val Garland for Temptu created the simple, yet statement-making look, and explained how she came up with the “double flick.”

As far as making the graphic liner stay in place, Val says, “to make it stay more, I’d powder over it with a black powder, but you don’t really need to. If you’re using a waterproof eyeliner or a good strong black, it’ll stay. This is something girls will want to wear at home, because it’s just a bit of a modern take on the feline flick. If your mom’s doing a feline flick, you don’t want to do one. You want to do something just a bit more: BOOM.”

To get the look, Val used liquid black eyeliner and kept the rest of the face clean with Temptu Airpod Foundation and Highlighter. Creating a double flick, she lined the top lash and extended out the liner, then drew a second line just a bit above the first so that there is a double, but disconnected graphic eye. When the eye is open, all you’ll see is the small space between the two lines and the elongated flick. To keep the focus on the liner, Val skipped mascara. 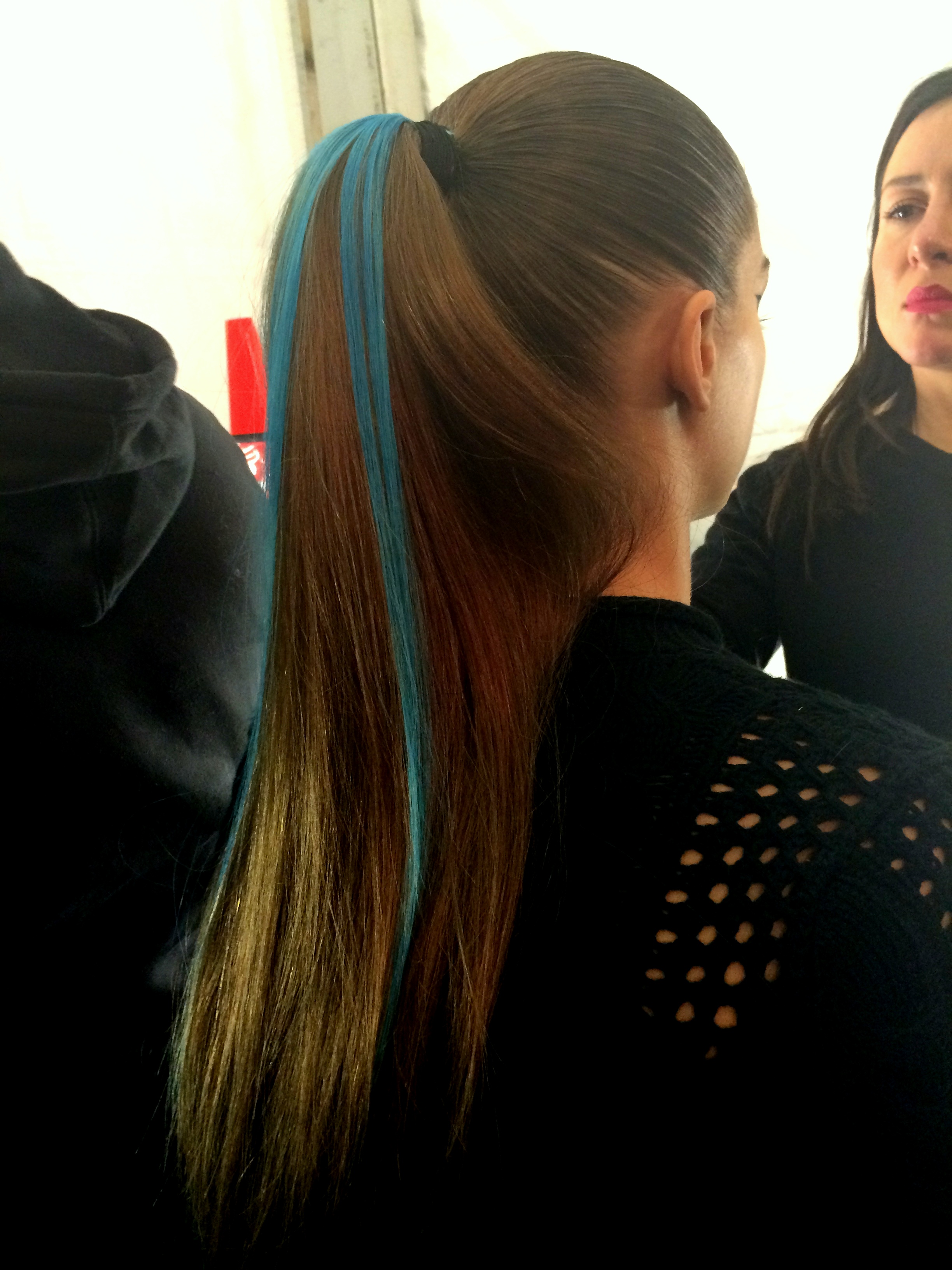 As for hair, Bumble and bumble lead hairstylist Laurent Philippon created a high, sleek ponytail on the models, adding in blue or orange extensions from the bottom of the hairline underneath the ponytail and through the length of the hair. We’re excited to see that colored hair clearly isn’t going anywhere.