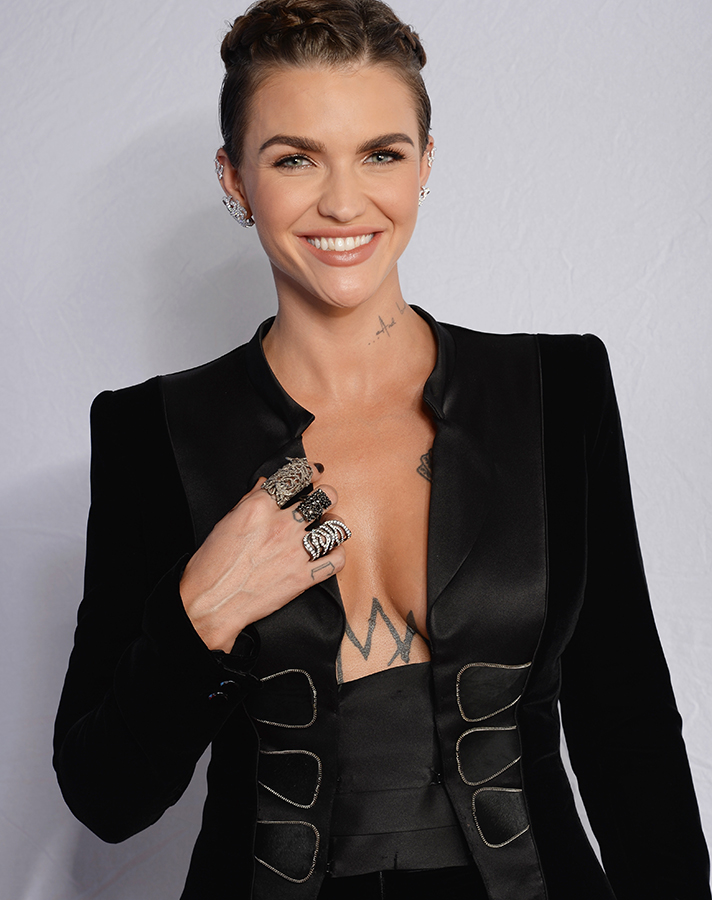 We, and everyone else we know, are big fans of Ruby Rose. Apparently, Urban Decay is with us on this one—because the brand just announced the model-actress-DJ as its newest face, with a very apropos press release that reads simply, “Ruby Rose. Urban Decay. Obviously.”

A post shared by Urban Decay Cosmetics (@urbandecaycosmetics) on Mar 2, 2016 at 6:03am PST

This marks Rose’s first gig as a beauty spokesmodel, or as Urban Decay is calling it, the brand’s Most Addictive New Vice, and it does seem like a natural pairing, considering Urban Decay’s offbeat, inherently young and cool identity and Rose’s similarly edgy persona. Both Ruby and the brand are outspoken in their support of individuality, self-expression, and the freedom to be yourself while also being really, really hot—“beauty with an edge” (the brand’s mantra!), indeed.

As one would hope, Ruby won’t just be a pretty face for the brand: Urban Decay founder Wende Zomnir hinted, “Better things come to those who wait—all will be revealed in time.” If this means we’ll be able to get our hands on a makeup collection personally approved by the ultimate girl-we-want-to-be herself, we’re all in. Obviously.