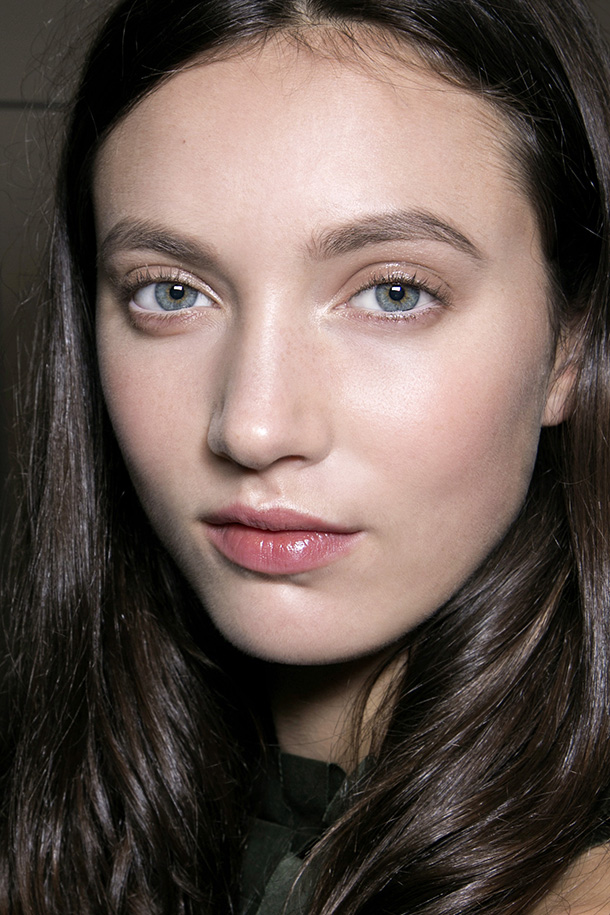 Highlighter is a pretty versatile beauty product as it is—you can use it on your cheekbones, dab it on the inner corners of your eyes, or even blend it with your foundation for full-face glow—but it actually has even more uses than we’re giving it credit for. These 5 spots are prime for the highlighting, so grab your favorite formula and get to it!

The Bridge of Your Nose
We’ve all seen it—celebrities contour the sides of their nose for a visual slimming effect, but that professional technique can easily go awry when we attempt it on ourselves. For a way simpler shortcut, simply apply a highlighter in a straight line just down the center of your nose. It draws light to the slimmest part, making a wide or prominent nose appear smaller.

The Fronts of Your Legs
Just as highlighter on the bridge of your nose makes it look smaller, highlighter applied from the knee down when you’re wearing a skirt, dress, or shorts makes legs look longer and thinner—and who doesn’t want that? One tip: a powder highlighter formula is best, as liquids are more likely to inadvertently rub off on clothes.

The Center of Your Chin
If you’re going for a matte look overall, but still want to work some glow so as to not look too matte, a dot of highlighter in the center of your chin somehow manages to light up the whole face. It’s the perfect way to get that “lit from within” look without going whole hog on the highlighter, particularly if you have skin that tends toward shine on its own.

Your Collarbone
This one’s kind of a given: When wearing a low-cut top, nothing enhances your look like highlighting your collarbones. It’s so pretty, and you can dust it across your shoulders too if you’re feeling a particular urge to glow.

The Center of Your Eyelids
Not into a full eye makeup look, but still want to look wide awake and a bit more “done” than usual? Dabbing highlighter in just the centers of your eyelids automatically brightens and defines the eyes without requiring any other makeup. Just add highlighter, a touch of mascara, and go.