If you’re as picky as I am when it comes to makeup, then the hunt for the perfect primer is always on. I’ve tried many in my days, to no avail—some formulas pill underneath foundation, while others bring a fresh crop of breakouts after a day of wear. That’s why leaning on the opinions of fellow shoppers is an almost foolproof way of discovering products that actually work. Case in point: Tula’s Blurring & Moisturizing Primer has earned over 3,400 five-star ratings from users of all ages.

The dermatologist-tested primer is available in four different shades (as well as a non-tinted version) ranging from fair to deep. It contains plenty of skin-loving ingredients—prebiotic and probiotic extracts and licorice—that smooth the skin’s texture, balance out uneven tone and minimize the appearance of dark spots and redness. Essentially, it blurs any concerns underneath makeup while also working to heal them. We love a 2-in-1.

Best of all, during the month of January the brand is offering 20 percent off for life (yes, life) on all of its bestsellers when you sign up for auto-deliveries. 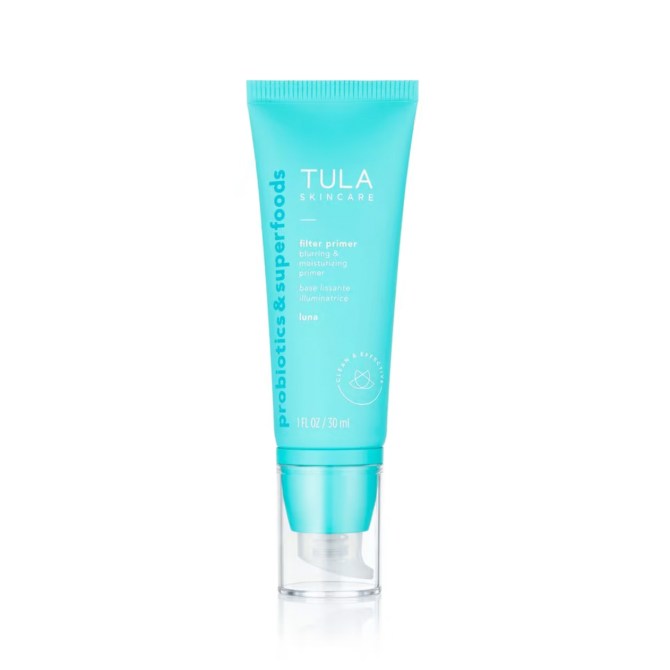 It works its blurring magic across all skin types, providing a ‘filter-like’ finish across blemish-prone, dry, oily, mature and sensitive complexions. What’s more, the formula is completely non-comedogenic, meaning it won’t clog your pores or trigger blackheads and breakouts. Instead, it adds an extra level of hydration to the face that makes makeup glide on effortlessly.

And because Tula doesn’t mess around, the brand put the primer to the test through several subject trials. After one use on 122 subjects, 96 percent agreed their foundation applied more evenly and smoothly, while near equal percentages said their skin looked more even-toned, brighter and illuminated, and claimed their chosen shade worked for their skin tone. Similar findings were reported after a four-week test run, where 90 percent of users said the primer gripped their foundation well, and left their skin feeling nourished.

We’ve already established shopper reviews are golden when it comes to hunting down your next favorite, which is why highlighting some of the Blurring & Moisturizing Primer’s praise is pivotal.

According to one 72-year-old reviewer, the primer is worth stocking up on. “I like it so much I ordered another one immediately after using it for the first time,” they wrote.

Another person claimed the primer has them looking “10 years younger” than their actual age. “After using this product for three days I had multiple people tell me my face was looking fresher and tighter,” they said. “One of my friends thought I had gotten Botox. It reduces redness, and evens out your skin tone. I also use WAY less foundation when I apply this product first.”

“I’ve been looking for years to find a primer I absolutely love! I found it! Most primers leave my skin oily later in the day, this does not! Some days I only wear this, it has a little bit of a tint so it does so it gives some coverage,” raved a third.

If no other primer has given you the filter-like skin it claims to, it’s time to add Tula’s Blurring & Moisturizing Primer into your makeup bag during this rare offer.