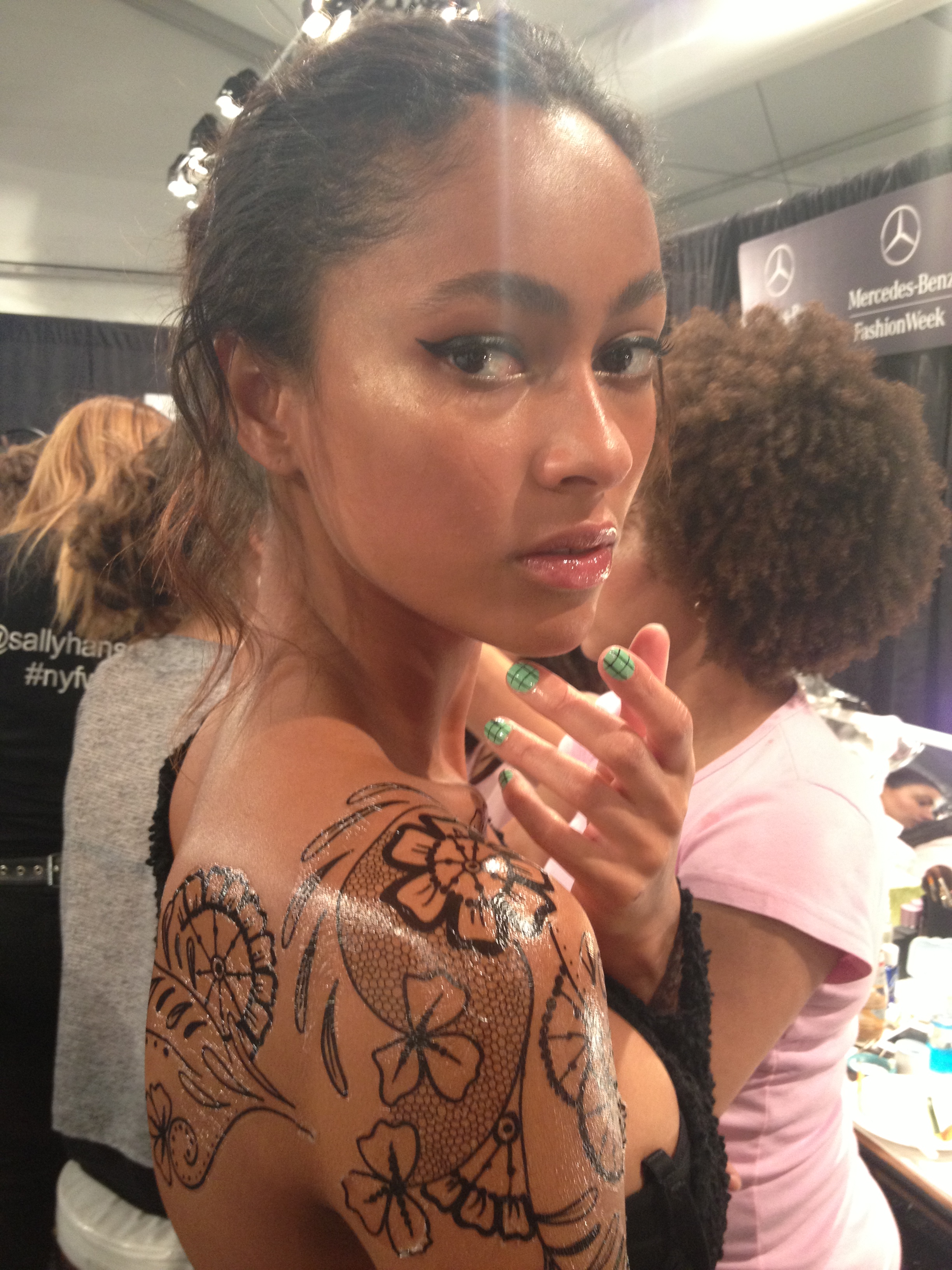 When we saw the nails backstage at Tracy Reese’s spring 2014 show, we knew we had to get the details. Created to reflect the window pane pattern throughout the designer’s collection, lead manicurist Tracylee for Sally Hansen designed the nails in four different colors for each of the models to coordinate with their clothing. We particularly love this look because it’s completely doable at home, and while it’s simple for even the least talented of nail painters, the finished manicure looks like it took plenty of work.

For each of the four looks, Tracylee used limited edition Tracy Reese for Sally Hansen nail polish, which will be available March 2014 for $7.99 each. Depending on the model’s outfit, their nails were painted in Carnival (coral), Mojito (green), Batbano (blue) or a nude (not included in Tracy’s Sally Hansen collection). “Tracy Reese’s collection was inspired by Afro-Cuban culture, so we threw around a few ideas from the different designs and settled on the window pane. The trick to the window pane is the placement of the lines so it doesn’t look checkerboard. For the lines, we’re using Sally Hansen in Black Out and a striper brush. The horizontal lines are farther apart and the vertical lines are closer together, and that’s how we get that window pane look.” Take a look at the video below for an up close look at the Tracy Reese nail design!