Jessica Wilkins, self-proclaimed scientist here with great news for girls who considered chemicals when natural deodorant just wasn’t enough; specifically, face toner as deodorant. One fine evening as I was showering, I noticed a huge bump in my armpit and thought, “dammit, I’m finally being punished for using an antiperspirant with aluminum.” Turns out it was just an ingrown hair.

Most of the medical community (of which I am now part of by my own decree) also agree that aluminum in antiperspirants is basically harmless.  However, opting for a natural deodorant (which stops odor) instead of antiperspirant (which stops sweat) can’t hurt on the quest to a healthier lifestyle.  So I figured I would give one a try anyway. Epic fail. After trying a few, highly-recommended natural deodorant brands, I found myself needing to reapply one too many times throughout the day. I won’t share how quickly I had to after the initial application, but just know that it rhymes with “boon.”

So I shamefully went back to using my same old Degree. Plot twist: I later experienced the same underarm irritation and noticed that after the ingrown hair resolved, it left yet another dark mark under my arms. I consulted Dr. Google once again and came across an article that sang the praises of using the same acids we use on our face under our arms. Apparently, it not only heals the discoloration under there but stifles odor, too.  So I ran to my nearest Deciem to try it out during one of this summer’s hottest weeks. Here’s what I found. 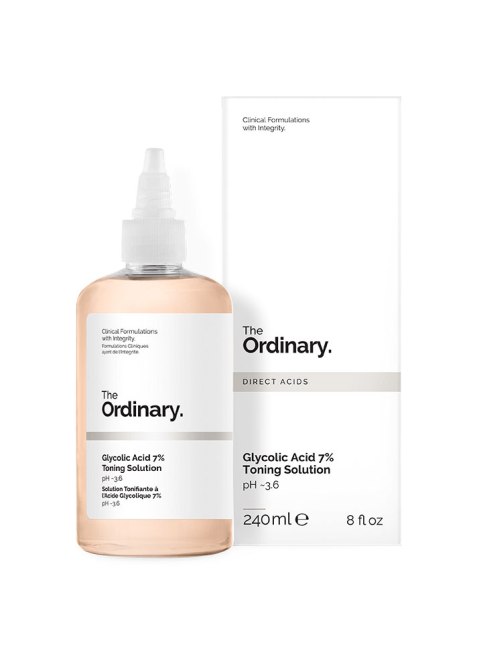 After an early morning shower, I poured The Ordinary’s Glycolic Acid 7% Toning Solution ($8.70) onto a cotton swab and then applied the product to both armpits. Shortly after getting to work, I looked around for whoever was eating the onion bagel with extra scallions and realized…‘twas I.  Hence, I resorted to my emergency stash of travel-sized Secret to get through the day. 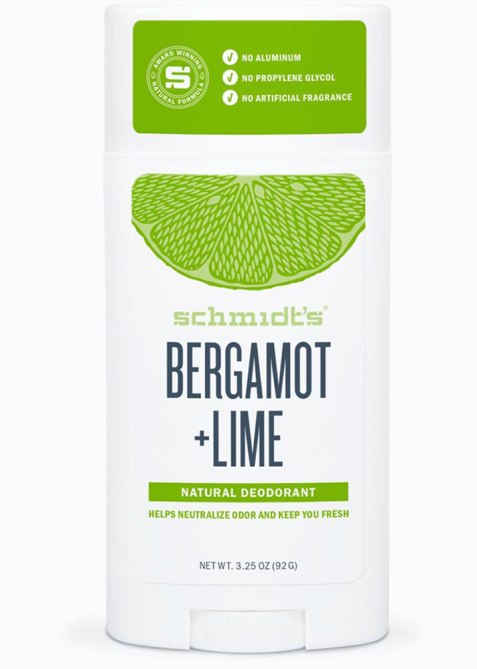 This time, I applied The Ordinary’s Glycolic Acid 7% Toning Solution and a couple of swipes of the natural deodorant that failed me before: Schmidt’s Bergamot and Lime Natural Deodorant ($4.79). My pits were fresh and dry all day, even up until my shower that night. Success!

Warning: For the love of God, do not apply acid right after you shave under your arms. I had to wait a while before putting anything under there and not feeling like the Battle of Blackwater had taken place. I soothed the irritation with some coconut oil and honestly just toughed it out the rest of the day with nothing else.  Sure I got a little tart, but the burn just wasn’t worth it. 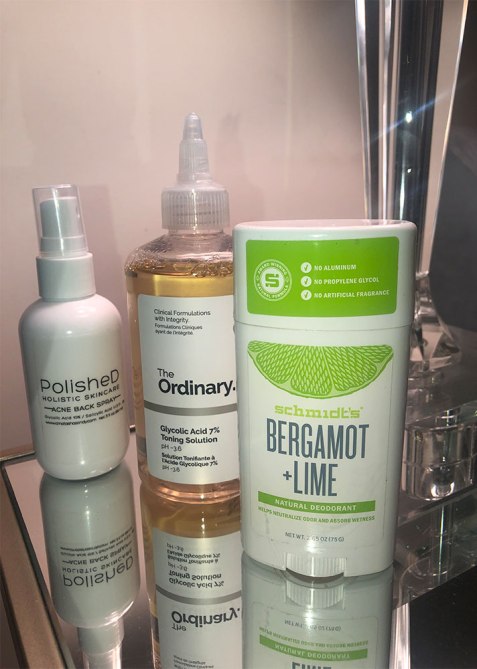 I sprayed POLISHED Holistic Skincare Back and Body Spray ($32.50), a 10% glycolic acid and 2% salicylic acid formula, under my arms sans any deodorant and once again, epic fail.  Emergency travel deodorant to the rescue.

I sprayed POLISHED Holistic Skincare Back and Body Spray under my arms, plus a few swipes of Schmidt’s Bergamot and Lime Natural Deodorant under each arm. Once again, the same success I experienced combining The Ordinary Toner with the natural deodorant; fresh and dry all day long.

According to Dr. Natasha Sandy M.D., board-certified physician with specialist training in Dermatology, and owner of PolisheD Life dermatology practice, those acids change the pH of the skin under your arms.  “Odor isn’t caused by sweat itself, it’s caused by bacteria.  So those acids alter your pH, creating an environment where that odor-causing bacteria can’t thrive,” says Dr. Sandy.

The added bonus here is that you are also treating that skin with the same tender loving care as the skin on your face, giving it a deeper clean.  “Acids like glycolic acid increase cell turnover to improve the discoloration some people experience under their arms, and it’s unclogging the pores to get more oil and dirt out.” So, if natural deodorants just don’t get the job done, no need to toss them out. Try adding an acid to your underarm routine and see if that makes the difference.