BB creams (AKA beauty balms) sometimes get a bad rep for not providing enough coverage to the skin. They’re mostly known for moisturizing and serving “no makeup” vibes due to their subtle coverage (many also add a layer of protection to the skin since they often include SPF). But one TikTok user found an extremely affordable BB cream that actually gives coverage so good, it’s like a real-life filter. And it just so happens to be on sale for $9 a pop
.

If you haven’t made it to MakeupTok just yet, let’s catch up. Content creator @therealfaithallison posted a makeup tutorial video captioned, “Magic Green Foundation” and it quickly blew up. The video shows the beauty fanatic getting ready with the L’Oréal Paris Makeup Magic Skin Beautifier BB Cream. You’ll see in the vid that after she applies just a few drops of the product and massages it in, a transformation begins.

Her originally uneven skin tone looked smooth, redness gone and the final result? Glowing and dewy skin with a touch of shine. For Amazon Prime’s Black Friday Sale, you can score this product and many, many others as long as you’re signed up for a Prime Membership
.

Since it was posted, the video has earned over one million views and nearly 3,000 comments. And, as you scroll through the comments, tons of viewers asked where they could buy the “magic” product. Luckily, you don’t have to search far for it. Just head to Amazon and add the IRL filter to your cart now. 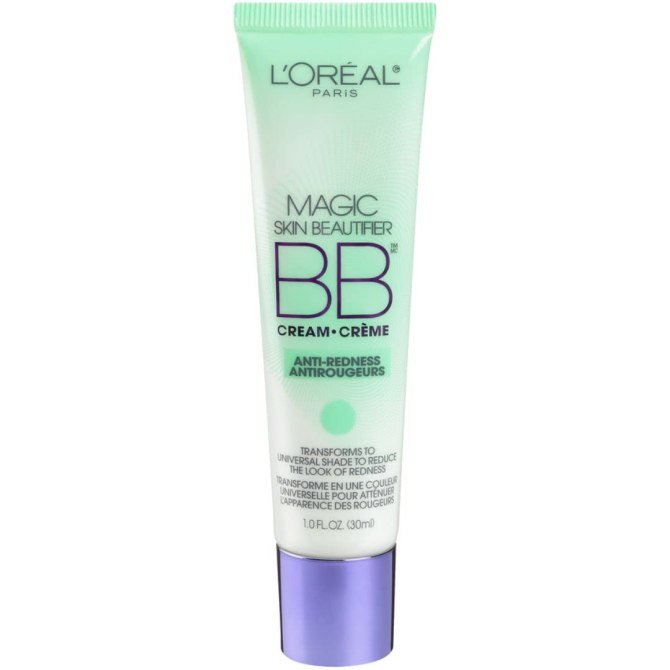 The lightweight formula glides into the skin seamlessly and doesn’t have the heavy feel like a concealer or foundation, yet it gives coverage that almost rivals heavy makeup options. Not only does it conceal flaws, but it minimizes the appearance of redness by using green tones to neutralize the skin. Plus, it keeps skin hydrated all day.

“This is like a filter in a bottle. Your skin will look smoother instantly. It lasts throughout the day,” wrote one five-star reviewer. “This product is worth every penny. It’s great for days you don’t want to wear a lot of makeup and layering under makeup.”

You don’t need to use other products if you don’t want to because the color-correcting beauty balm does the job by itself—and it pairs well with powders.

“I was amazed by the coverage and lightweight feel. I don’t have to wear concealer or foundation,” wrote one reviewer who gave the anti-redness cream a perfect five-star rating. “[It has] buildable coverage, and it doesn’t dry my skin out. Once I set it with powder, I have to blot it once or twice throughout the day (I have oily and combo skin). Does the job and gets rid of redness as promised.”

Other shoppers say that since using the BB cream, they will never go back to foundation again.

“When I opened the tube and went to apply it, I was seriously skeptical because the color was grayish-white! It’s the craziest thing—it blends perfectly, and I’m never going back to regular foundation. My skin looks so much better,” another shopper said.

Another reported that this is the best BB cream
that they have ever used. “I am 62 with mild acne and enlarged pores. This is the only BB cream that goes on smoothly and does not settle in my enlarged pores or wrinkles. I have sensitive skin and have never had a reaction. Even after wearing it for hours, it still looks good. It is moisturizing and has a light coverage that is buildable. I wear it alone or under makeup.”

There’s not much more to say, other than you need to give the ​​L’Oréal Paris Makeup Magic Skin Beautifier BB Cream a try. Based on the reviews, you won’t be disappointed.