NBC’s hit show “The Voice” may be in the midst of its newest “battle” for the current contestants (dubbed the “playoff” rounds) but for the contestants who have already made it through numerous rounds of the show, they’re amping up to head off on the road this summer for the first ever “The Voice” Tour. The tour will feature past stars such as Jacquie Lee and Will Champlin from Season 5, Dia Frampton from Season 1, and Tessanne Chin, who was the winner from Season 5. Joining them on tour will be finalists from the current season (who will be announced as this current season plays out).

For fans of the show, Clear Scalp & Hair has teamed up with “The Voice” this season to showcase the stars as they prep for the tour. We had a chance to speak with fan favorites Jacquie Lee, Dia Frampton and Will Champlin as they were on set shooting some behind-the-scenes videos for Clear, and we chatted with them about their time on the show as well as how their lives have changed since. And, we of course got the scoop on their beauty looks and secrets to staying glam while working intense hours. Read on below to find out why Jacquie is a Netflix addict and what Will thinks of his hair’s Twitter fan club! 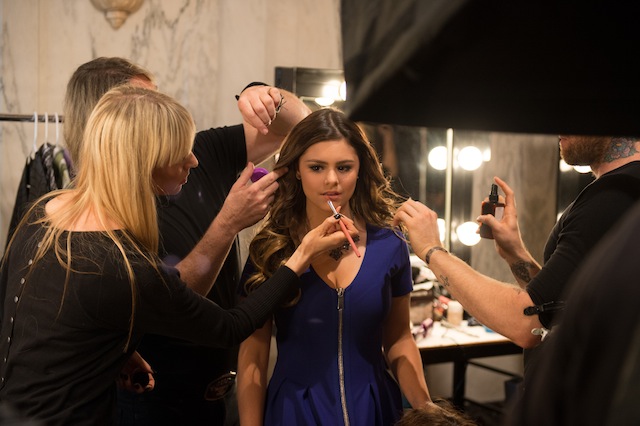 Beauty High: Your schedule is crazy, not exactly typical for a 16-year-old. How do you find time for yourself?
Jacquie Lee:   I find time for myself with my good friend, Netflix. There is a lot of “hurry up and wait” in this business, so I binge by watching a new series whenever there is a few hours of down time or when traveling.

You have great, long hair, how do you maintain it and keep it healthy?
I brush it often and always take good care of it! Shampooing and deep conditioning is a must.

We saw you rock a number of different looks on your season of “The Voice,” from a bold lip to a smokey eye. Your hair also went from sleek to voluminously curly. What was your favorite look on the show and why?
My favorite look on “The Voice” was always when my hair was big and full with lots of curls and a smokey eye. I felt confident, in-control and pretty. 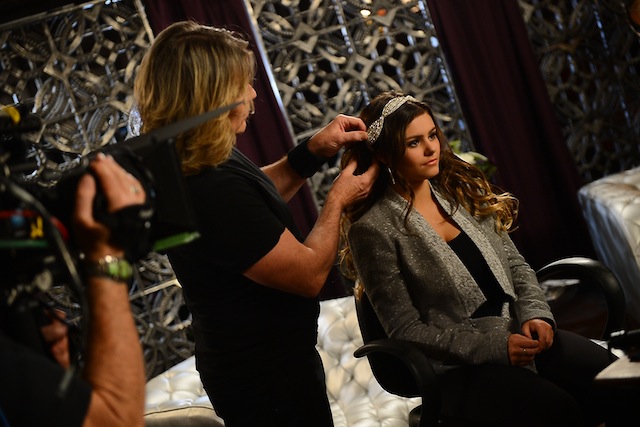 What’s your personal beauty routine? When you’re not on the road or performing, how do you take care of your skin and how do you like to wear your makeup?
Being in this industry you have to look your best on a daily basis. That does not mean a lot of makeup necessarily but my guilty pleasure is colorful lips! I am a big believer in moisturizer and no matter how tired… I ALWAYS take the makeup off and wash my face!

MORE: ‘The Voice’ Makeup Artist Spills Her Secrets From Backstage

What was your favorite thing about working with your coach on the show? Now that you’re headed off to tour, what main lessons from your coach will you take with you?
My favorite thing about working with Christina Aguilera was that she taught me so much about the industry. She was a 16-year-old girl in the business and could relate to everything I am experiencing. I was able to learn from someone who is a legend! The piece of advice I’ll take with me on tour is to take care of myself, work hard, and always remember who I am at heart. 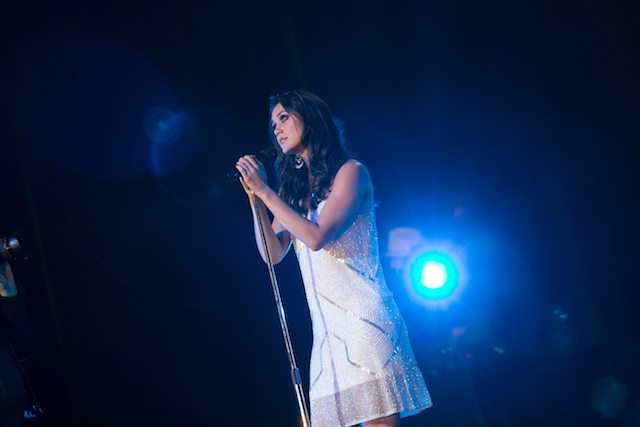 Beauty High: Your look has changed since Season 1 of “The Voice.” We love the slightly longer locks.  What inspired the change?
Dia Frampton: Thank you!  It wasn’t necessarily a conscious decision.  My hair just grew out and I decided to let it do its own thing.  It was fun to do a lot of vintage-inspired hairstyles with my short hair while on The Voice, but I just felt like it was time for a change.

With all the constant traveling, touring, and video shooting, your skin looks flawless. How do you maintain it?
It’s hard to take care of yourself while on the road, but I try to go to the gym 5 days a week regardless of where I am.  I also juice a lot.  I’m a believer in fresh vegetable and fruit juice and try to drink 2 to 3 glasses of it a day.  When you’re on the road, sometimes a gym isn’t always handy, but it’s fun to take a jog in a new city.  I also try to get a good 6 to 8 hours of sleep, but quite often on tour that’s an ambitious number. 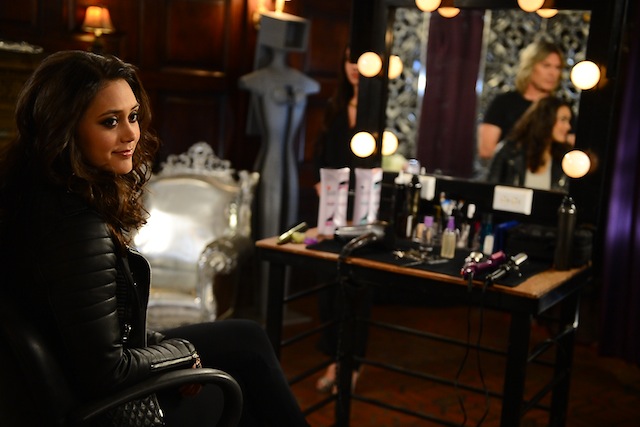 We loved the first album.  What was the experience like making it? What did you learn during the first album experience that you already know you’ll want to take with you into the making of your next album?
Most importantly, I learned what I want to do differently. I’m my own worst critic and I’m afraid I’m the type of person who rips my albums apart once they’re made. I’ve been trying to change that about me lately, to be more positive and appreciative of things. I’m always the type of person who will listen to my songs and say, “I should have changed those lyrics,” or “It should be based on piano, not guitar.” For this new album, I’m working hard to create a cohesive story rather than a mere collection of songs. That’s definitely been my biggest challenge.

MORE: Get the Look: Danielle Bradbury’s Waterfall Braid From ‘The Voice’

What was your favorite thing about working with your coach on the show? Now that you’re headed off to tour, what main lessons from your coach will you take with you?
Working with Blake Shelton was a great experience. He taught me a lot about performing, but also about work ethic. I have never seen someone work as hard as he does for his dreams. He’s always running from place to place, doing an interview, getting ready for a show, visiting family, attending a meet and greet. When I went on tour with him for three months, he one-upped me in pretty much everything. He is also an incredible songwriter and it was a really great experience to be able to write music with him. 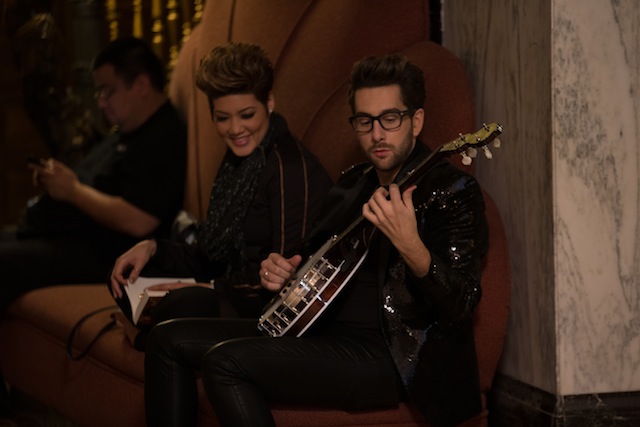 Beauty High: What would you say the biggest change in your life is since the show’s finale?
Will Champlin: While it was definitely a challenge to survive on the show week after week, now that it’s over there is an incredible amount of work to do to capitalize on your momentum. There are so many details and so many areas to focus on at once, it can be overwhelming if you aren’t committed for the long haul.

How has your style changed since you’ve been on the voice?
I actually wore most of my own clothes on the show, so day to day wasn’t much of a shift. I do find more occasions to wear a really bold suit, which I love and didn’t often get to do in the past. Now, I have a better routine with my hair, so I take a bit more care to keep it looking good. It has its own Twitter fan club, so I guess it’s the least I can do.

We love your new single “Eye of the Pyramid.” What can we expect from the accompanying music video?
Definitely something creative and out of the box, like the song. Unexpected, with a lot of energy.

The biggest takeaway for me is that no matter what anyone says about you or your abilities, what matters is how you feel about yourself and how hard you’re willing to work to make something great happen.