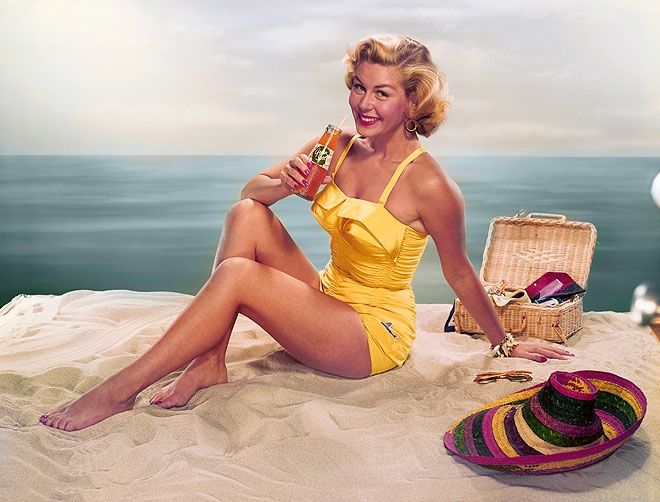 Our friends at Youbeauty.com are revealing the unexpected way you’re sabotaging your own diet.

Chances are, you’d choose the food. And that decision just might save your waistline. That’s because the calories in drinks leave you less satisfied than calories from actual food and do little to keep you from wanting to eat more later on.

“Beverages and food are sensed by completely different mechanisms in the body,” says Barbara Rolls, Ph.D., chair of Nutritional Sciences at Pennsylvania State University and author of “The Ultimate Volumetrics Diet.” Take those 200 calories. If you get them from solid foods, those calories impact the body and the brain in such a way that you’ll reduce your consumption of other foods, according to Lora Sporny, an adjunct associate profession of nutrition and education at Columbia University Teachers College. However, when calories come in the form of a liquid—even if the calorie amount may be the same as the solid food—research shows that you don’t eat less later on, adds Sporny. In a nutshell: Drinking 200 calories before your meal doesn’t translate to eating 200 less calories during your meal.

So why exactly would eating and drinking the same amount of calories fill you up differently? To begin with, “There are clearly different oral sensory signals with a liquid in the mouth versus a solid in the mouth,” explains Richard Mattes, Ph.D., R.D., a professor of food and nutrition at Purdue University. “A solid clearly requires additional oral processing, and there are data suggesting just the mechanical act of chewing generates satiety signals.” Chewing and the saliva it produces appear to signal to your body that you’re getting fuller.

Adds Dr. Mattes: “Liquids will clear from the stomach more quickly than will a solid food.” That matters because your stomach acts as a volume detector. The more stretched out it is, the more energy it assumes you’ve consumed. “When a lot of fluid comes in, it satiates very temporarily,” says Sporny, which only fleetingly dampens your urge to eat more.
The low density of beverages may be another reason they make you less satisfied. “The thicker the thing you consume,” Mattes explains, “the higher the energy value people believe it has and the more filling they say it makes them.” This is why thick smoothies fill you up more than other drinks, but still not as much as solid food.

QUIZ: What Beauty Benefits Were In Your Diet Today?

Why do we have such a lousy ability to sense calories in liquids? Mattes says the explanation likely goes back to early human times. “One could speculate,” he offers, “that evolutionarily, after weaning, we really didn’t have energy-yielding beverages. Yes, we’ve had beer and alcohol for 12,000 years, but in the scope of evolutionary time that’s a trivial time frame. Throughout most of human evolution water was the beverage.” So for most of human history there was little need to judge calories in drinks because, aside from breast milk, calories in drinks just didn’t exist.

Of course, the inability of liquids to fill you up flies in the face of the popular diet advice to down a glass of water before a meal so you’ll eat less. That’s a total diet myth, according to Dr. Rolls. “Just drinking water—don’t count on it to fill you up,” she says. “We’ve done a number of studies that show it doesn’t work. You may have read some studies that suggest that drinking water can help with weight control, but that was only seen in older people.”

The one liquid exception: soup. Soup seems to have an effect on your hunger on par with solid food. Mattes sees this effect as mainly due to preconception, “that when we consume soup it is viewed as nutritive,” he says. “It’s viewed as contributing to a more substantial meal, and as a result leads to higher satiety ratings.” Also, most soups aren’t just plain broth, but often contain filling solid or pureed vegetables, meat, rice or pasta.

If you’re hungry and looking to take the edge off between meals, rather than drinking your calories, Rolls recommends munching on a filling, low-calorie snack, such as fiber-rich crackers and a piece of fruit. You’ll enjoy the calories more that way—and won’t be left stalking the fridge for another snack soon after.