The skittles trend just got a Christmas makeover. The colorful manicure is taking over Instagram, with all different variations in ombré and more random bold and pastel hues. Taylor Swift’s Billboard Women in Music 2019 manicure on Thursday night was another take of the trend. The singer was at the show as the first-ever recipient of Billboard‘s Woman of the Decade Award. She wore a black, chain-detailed jumpsuit and a holiday-ready manicure—not surprising considering how much Swift loves Christmas.

If you’ve jumped on the skittles nail trend like I have, you might have done a light-to-dark style or just an assortment of your favorite nail colors. Swift has. Back in May, she tried a pastel rainbow manicure in her video for “Delicate.” This time around, she went for red and green polishes alternating every other nail. She couldn’t very well show up on the red carpet wearing a Christmas onesie so this was her subtle nod at the holidays being right around the corner. 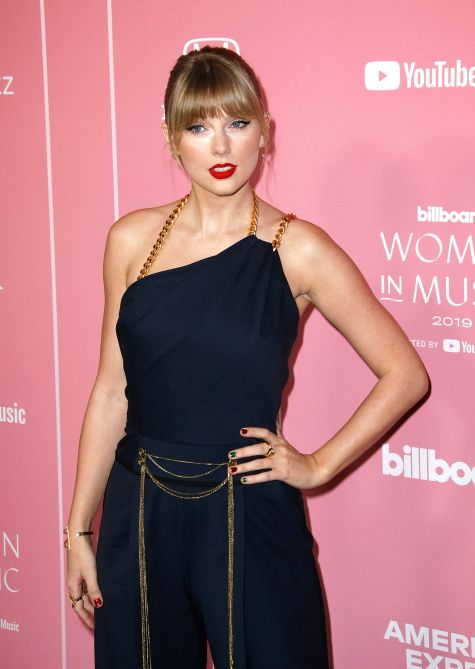 Swift’s manicure wasn’t the only thing making headlines Thursday night. Her fire speech did, too. While accepting her award, she spoke for more than 10 minutes about being a woman in the music industry, toxic male privilege and the next generation of young stars. Even Hillary Clinton loved her speech. The former Secretary of State wrote on Instagram: “Love this line from Taylor Swift, upon accepting her Billboard ‘Woman of the Decade’ Award: ‘As for me, lately I’ve been focusing less on what they say I can’t do and more on doing whatever the hell I want.’ Congratulations on the honor, Taylor (and happy birthday)! #gutsywomen.”

We’d say Swift is having a pretty great birthday week.