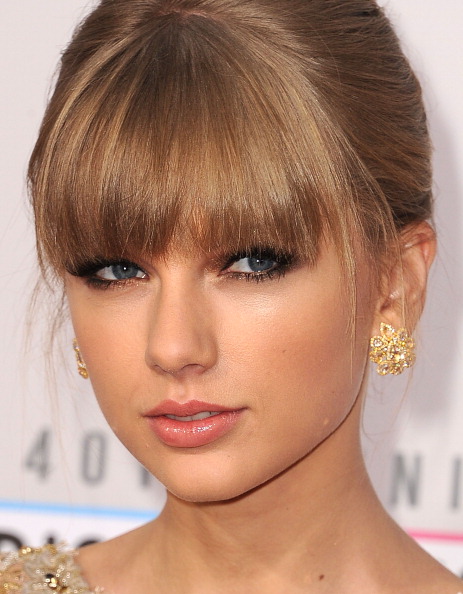 It’s not surprising that Taylor Swift showed up at the American Music Awards last night looking as glamorous as ever, though we were expecting her signature red lips. She wanted a look that would complement her knock-out dress and also work for her performance.

Makeup artist Lorrie Turk used CoverGirl NatureLuxe Silk Foundation with a foundation brush and then brushed on powder only on the center of her face so the rest her skin was left with a dewy finish. She then used TruBlend Minerals Blush in True Romance for soft color and shimmer.

For the eyes, Swift had a gorgeous bronze smoky eye. Turk dabbed on CoverGirl Intense Shadow Blast in Brown Bling using her finger for the base, then brushed on Eye Enhancers 1-kit shadow in Brown Smolder all over the lid. She then lined Swift’s upper and lower lash line with Liquiline Blast Eyeliner in Black Fire, “blending up and out to eliminate hard lines, leaving her eyes soft and smoky.” Turk finished with several coats of LashBlast Clump Crusher mascara in Very Black.

Swift opted out of her usual red lipstick and instead had a soft pink pout, achieved with NatureLuxe Gloss Balm in Grenache.