If you were born before the year 2000, chances are you might not know of Hannah Meloche. I’m in my mid-30s and consider myself pretty on top of internet trends and I wasn’t totally sure who she was. So when I heard Tarte was teaming up with Meloche on a new palette, I went right to someone who would know: my 13-year-old cousin. Although she’s a little young for total VSCO girl status, she’s still got the HydroFlask and TikTok account to get it. And when I asked her what TV shows she likes to watch, her answer was “YouTube.”

While we watched Lana Condor be adorable in To All the Boys: P.S. I Still Love You (if you haven’t read STYLECASTER‘s digital cover story on the star, what are you waiting for?), I got the rundown on Meloche. I learned she was one of a group of girls to push the VSCO girl trend to the forefront and an influencer who doesn’t just focus on one thing. She’s not a beauty girl or a fashion girl but instead shares her entire life with her more than 1.5 million followers on Instagram and YouTube. She’s cute, funny and “not afraid to be real.” Fans love the way she includes her family and her boyfriend in vlogs, incorporating beauty and style content throughout. She even went to the Grammys this year.

Meloche’s palette with Sugar Rush, Tarte’s younger, affordable sister brand, makes sense because it’s an easy way to get her no-makeup makeup look that’s sunkissed but not overly contoured. It includes six versatile shades that can be used on face, eyes and cheeks, all with names that mean something to the vlogger. For example, Starlite is a champagne shimmer named after her jewelry company and Shell Yeah, a peachy pink, is a nod to the fact that Meloche doesn’t curse on her channel. 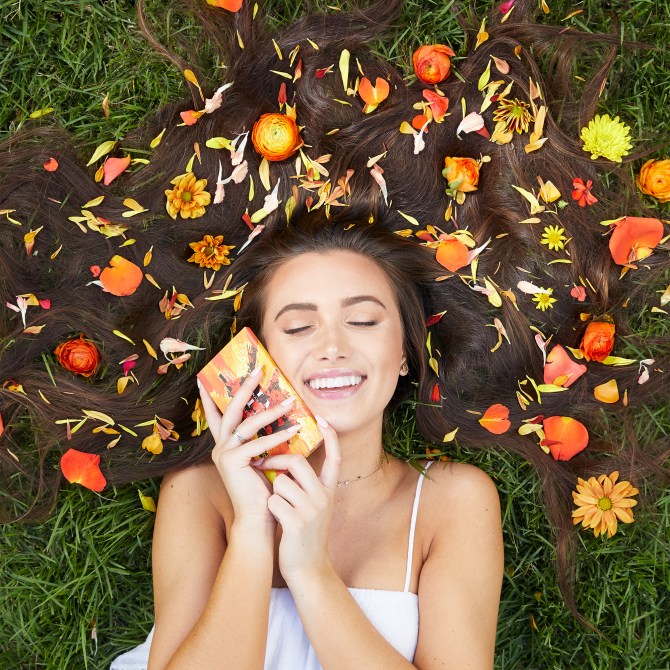 This is the first big beauty collab for Meloche and one she’s not taking lightly. “The entire Tarte team feels like family and I’ve just had a genuinely good time throughout this whole journey,” she tells Stylecaster. “They’ve been so receptive to all of my ideas, from the shades to the palette design.” She says it’s “amazing” to team up with a brand that “your values align with.” To wit, Tarte is donating to the Thirst Project as Meloche’s big launch event in LA. It’s a non-profit organization that’s aim is to bring safe drinking water to communities around the world.

“I’ve been working with The Thirst Project for a little while now,” she explains. “I was out in LA earlier this year and had the opportunity to visit their offices and we’re working on some really cool stuff. I’m also planning on going to Africa later this year to physically help build a well, which is huge because it helps give a whole village clean drinking water. It’s amazing how much a small donation or something as simple as building a well can really transform the lives of so many people.”

Meloche also wanted her product to be as eco-friendly as possible, so Tarte made the palette’s packaging (which Meloche helped to design) FSC certified, made from material that’s recyclable and sustainably sourced. As with many of Tarte’s products, it’s vegan and cruelty-free.

As for how the almost-19 year old uses the palette? With her fingers and on-the-go. How else? “I literally always have this palette on me and I’m always on the move,” she says. “I’ll just use my fingers and use the same shade on my eyes & cheeks, then top it off with Starlight as a highlighter. I’ll top the whole look off with the Sugar Rush Lip Sip Lip Oil ($15 at Ulta) and I’m good to go.” 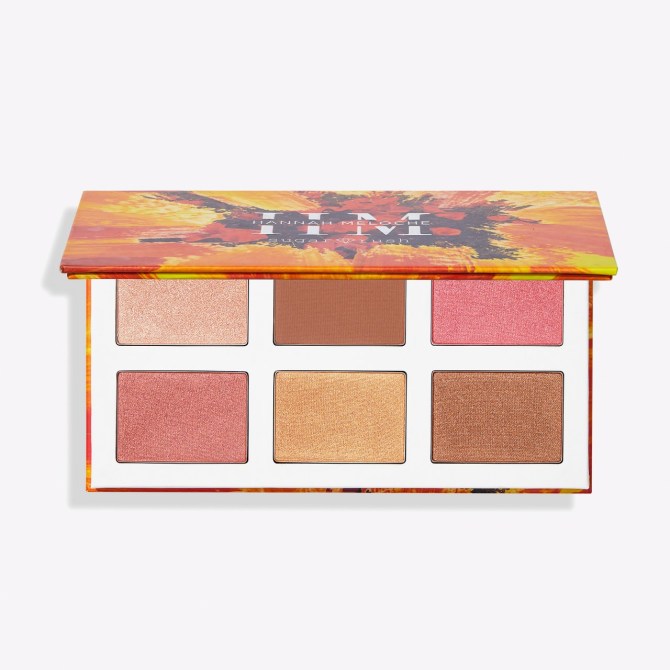 Meloche hopes everyone loves the palette and wears it with confidence. “With social media these days it’s hard not to start comparing yourself to everyone, but if you love yourself your true beauty will always shine through,” she says. “To me, true beauty means embracing who you are. That will always make you feel beautiful.”