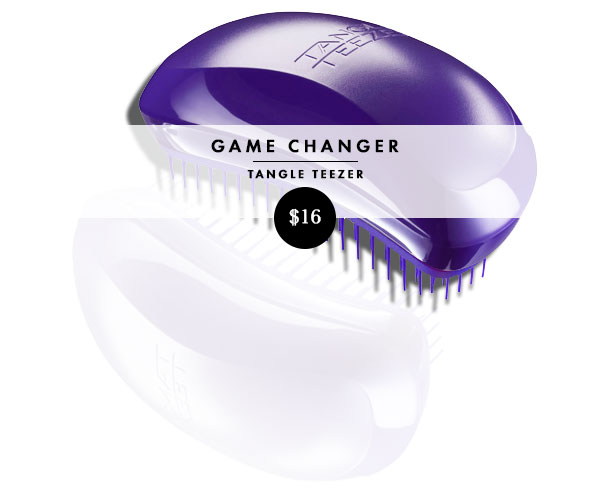 Plenty of people complain about their hair, but trust me when I say that my hair concerns are completely valid. Let me rephrase that: My hair concerns are now completely valid for almost the first time in my life. After a fair amount of “experimentation” in my teen years, my desire to ruin my locks by way of home haircuts and definitely unprofessional bleaching waned significantly. I grew out my naturally thick, dark, shiny hair until it hit the top of my ribcage, and it looked glorious. At long last, I finally had what I refer to as Hot Girl Hair. You know exactly what I’m talking about.

Just months after I had reached this important touchstone of my adult life, I turned on it. I decided that this long, pretty hair was just flat-out boring. It was the height of summer, and I was feeling both impulsive and overheated, so I did what any girl would do and bleached my naturally almost-black hair out completely. I had a good run as a platinum blonde—but it was short-lived, because there was no feasible way I was going to be able to keep that kind of color without incurring some serious damage. I was right: I maintained the color for about six months and lost about a foot of hair to both breakage and haircuts alike before going back to dark.

What’s left over of my now shoulder-length, completely fried hair is a mess. It’s so damaged that, if I’m not careful, it sort of tangles itself into mats—yes, it gets matted, like an unkempt dog. No matter how much I deep conditioned or how much oil I applied, I would almost inevitably wake up to a massive snarl on the back of my head. Trying to brush through it was a nightmare, and I lost another heap of hair just trying to work the knots out.

I had heard great things about the Tangle Teezer, but I always had such manageable hair, so it never really concerned me. Lucky me. On a whim, I decided to invest in the Tangle Teezer Salon Elite Style Hairbrush. Now, we’ve all claimed that a beauty product has changed our life, some claims with more truth than others. But because I was losing so much hair, and spending at least 15 minutes a day just trying to loosen knots with my own fingers because nothing else worked, the Tangle Teezer has legitimately changed my life. It works exactly as it says it does: The short rubber bristles somehow help the brush to glide through the hair and gently detangle like no other brush or comb I’ve ever tried.

The Tangle Teezer has eliminated the question of how much hair I will lose each day. Hell, it’s even small enough to throw in my bag, so I never have to worry about being without it. This brush truly has an answer for everything—including separation anxiety.

Read more from Daily Makeover: Are You Brushing Your Hair the Right Way?