After reading reports that “All the Stars” wouldn’t be performed at the 2019 Oscars, we were sure Kendrick Lamar and Sza would be a no show. But lo and behold, one-half of the Top Dog Entertainment duo has arrived and her hairstyle is already a highlight among many highlights. Leave it to Sza to not only make a surprise appearance, but take something as low-key as a messy bun and take it to new heights–both literally and figuratively.

Anyone who has played Ctrl on repeat or seen the singer walk a red carpet before knows that she rarely steers away from big hair. For the most part, she wears it out, free of the frills and excess accessories. And on occasion, she’ll blow it out and brush it to the back. However, tonight called from something out of her ordinary and though we weren’t expecting it, we’re totally on board with her choice. 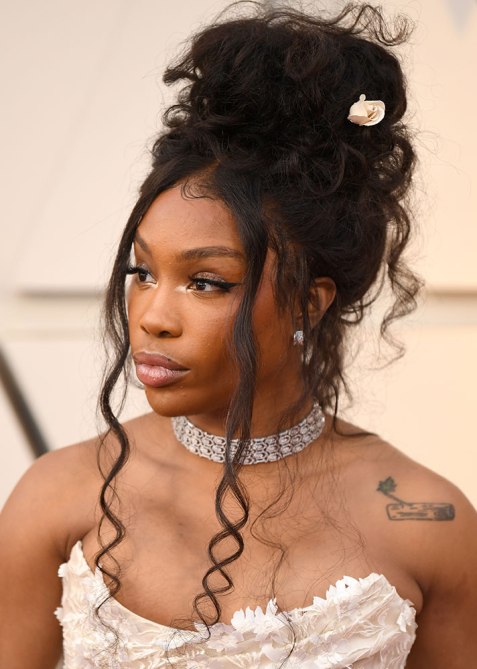 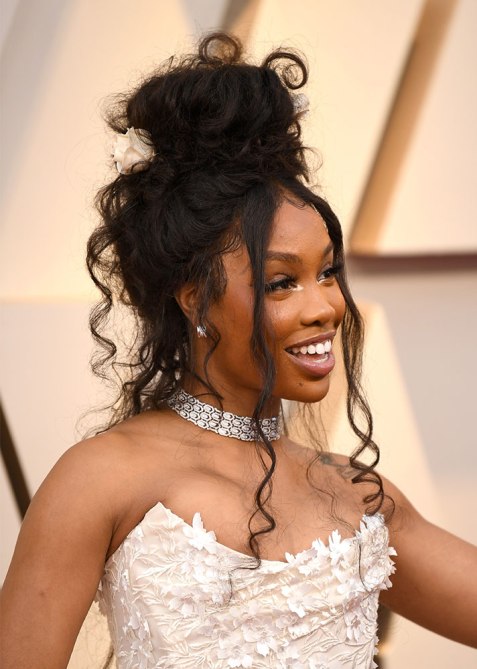 Instead of letting her curls flow free, she pulled them up into a larger-than-life messy bun, letting several strands remain loose. And like a couple of other attendees tonight, there are two bigger pieces framing her face to deliver a romantic, soft aesthetic. Plus, the small flower ties together her beauty look (eye shimmer included) with the fairytale gown. We’re not sure when the messy bun got such a casual reputation, but if Sza’s version is any indication, that’s about to change.