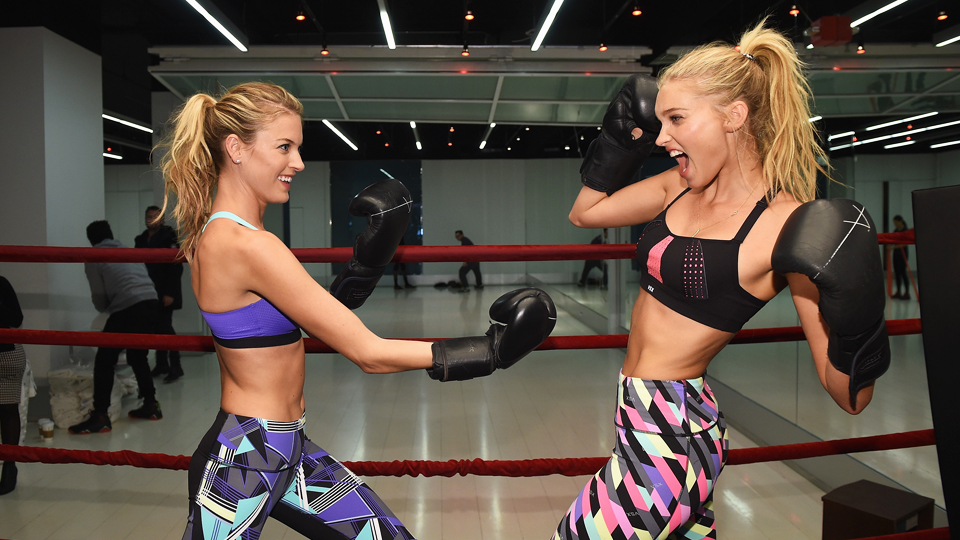 During the lead up to New York Fashion Week, I was struck with an idea for what I thought might be a fun story: I’d work out and eat exactly like a runway model for a full month to try and give readers a glimpse into what those women really go through in order to maintain their 34-24-34 measurements. Surely it can’t all be genetics, right?

After some research, I found the Manhattan-based trainer I wanted to work with—a buzzy guru who almost exclusively trains models, and who’s known for being tough but effective. Although I’m choosing to keep her name confidential due to the outcome of my experience, I can tell you her clients include some of the top runway names, including those who have walked for Marc Jacobs and Victoria’s Secret.

I’ll spare you every detail and cut right to the chase: I swiftly discovered I am not supermodel material. In fact, I was dumped (over text!) by my trainer within a week. “I don’t think we’d be a good trainer-client fit,” she declared. And while at first I was indignant, she was right: I neither have the time nor the drive to spend hours every day planning and prepping food, jotting down every single thing I consume, and sticking to an ironclad regimen.

However, it wasn’t a total waste of time—we were together for a whole week, talking up to three times a day—and I did pick up a few pointers about how models train that will both blow your mind and change the way your approach fitness.

During our first session, my trainer let me know that her models are dedicated and if anyone lets her down, they get booted. She also stressed that there’s no particular time of year that models train hardest—her girls are professionals who need to maintain a certain physique year round, which means they stick to a strict diet and exercise routine every single day, whether it’s leading up to Fashion Week or not. The way she approaches training is more like bodybuilding: Through a careful combination of physical activity and nutrition she’s able to sculpt, shape, tone, shrink, or boost different parts of your body. She spends hours each night crunching numbers to come up with food and diet plans that can be transformational. So the inevitable question came: What would she be changing about me?

After sizing me up, the trainer told me she would be shrinking my hips, thighs, and possibly my waist a little. We’d work on exercises to elongate my neck and bring down my shoulders, one of which she noticed was a touch higher than the other. She was “alright with my calves” but kindly pointed out that my quads were overdeveloped, which she put down to poor technique at the gym. Oh, and if she wasn’t training me with the intention of looking like a supermodel, she’d also broaden my shoulders “to balance out the wide hips,” however that wasn’t ideal for a model, so we’d have to work on it after the story. Yay.

Technique is more important than speed.

Throughout our first workout session, we focused mainly on technique. Interestingly, we spent a lot of time just doing basic exercises—like squat jumps, skipping, mountain climbers, and lunges–very slowly, being hyperaware of technique while also holding each pose longer to make sure I was using the correct muscles. She emphasized the need to use my butt and thighs in the leg workouts, rather than relying on my (apparently oversized) quads.

You need to weigh your food. Obsessively.

In supermodel land, you’re expected to weigh every single thing you eat, according to the trainer’s plan. This varies from person to person, but I, mere mortal, did not even own a food scale and relied on my personal judgment for portion sizes. Strike one.

The diet’s restrictive, but still balanced.

While very strict, the food plan included a balanced lineup of vegetables, chicken, fish, eggs, and some fruit. Not on the list: potato, rice, and takeout of any kind. Also not on the list: alcohol. When models switch from their kick-starter diet to a maintenance plan, they might have “a couple of vodka sodas a week,” but wine would forever be off the table if I wanted legs like Gisele thanks to its high calorie count and the fact it’s not doing your skin any favors. 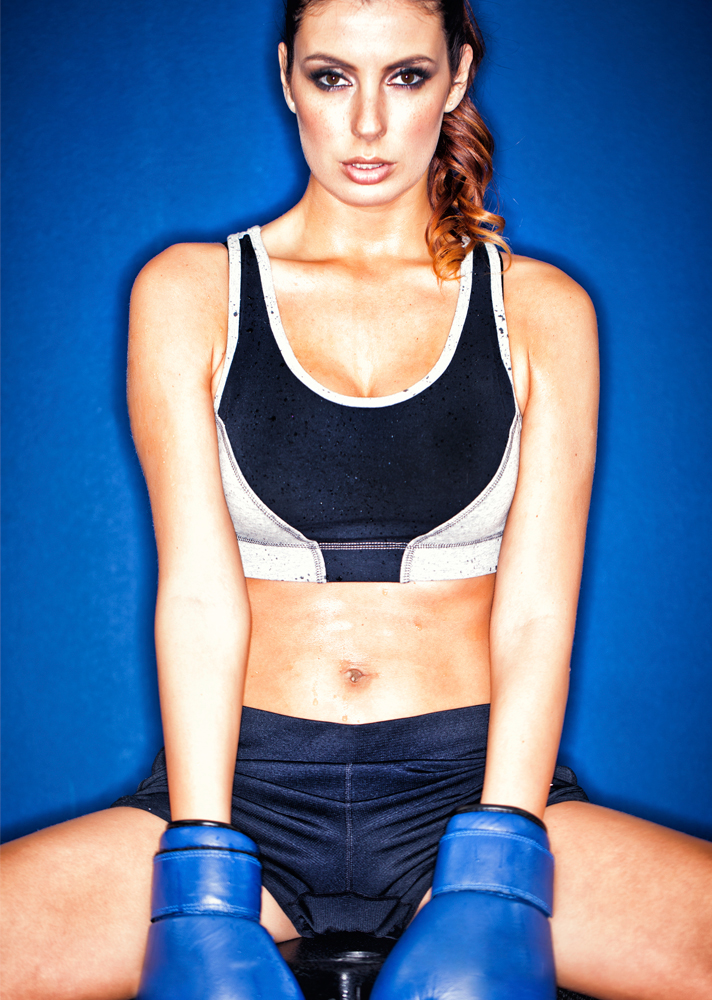 It matters when you eat, not just what you eat …

You’re supposed to eat breakfast as soon as you wake up; a meal consisting of a cup of egg whites, vegetables, half a cup of protein and an orange. “Normally you would have several diet changes as your fitness level improves and metabolism goes up, and we may add more snacks in” my trainer added. After breakfast, I ate every two or three hours until around 6 p.m. Also, she told me it’s really, really important to eat right after exercising, and instructed I actually take my next meal to the gym and eat it there. An unlikely scenario indeed.

… But get ready for a ton of protein and vegetables.

My second meal of the day—usually a chicken breast or white fish, grilled vegetables or green salad, and sweet potato—was scheduled for the bizarre hour of 10:30 a.m. Lunch followed a few hours later (same meal, just swap the sweet potato for berries), and I was encouraged to take fish oil supplements with both. Dinner was always a struggle: half a cup of cottage cheese mixed with a spoonful of almond paste, sugar-free cocoa powder, and a pinch of stevia, and as many vegetables as I liked—which, while it’s no steak or pasta, doesn’t taste as terrible as it sounds. Then, because I’d eat at around 6 p.m. as instructed, I was faced with a long night without snacking or social dinner plans. Or wine.

Here’s the other thing: Eating out is completely off the table when you work with this particular trainer, so my social life became non-existent. As did my Seamless bill—and while you’d think this would be good for my bank account, my first Whole Foods grocery shop set me back around $280 for less than a week’s worth of food. Mostly, that cash went towards replacing my condiments—like swapping regular tomato sauce with the sugar-free version, seeded mustard with the lower calorie yellow mustard, and buying nut butter that only contained nuts.

Working out is actually the easy part.

Way easier (and more fun) than the high-maintenance diet was the exercise component of this plan, which included running for an hour at nine miles per hour, or interval training on the step machine for one hour. Weight training also featured prominently, repeating the moves I re-learned in our first session. I was allowed a day off each week and most sessions went for about an hour, plus time to stretch.

At the end of the day, the dedication and level of organization it takes to follow a food and diet plan this detailed will absolutely not work for a mere mortal whose livelihood doesn’t revolve around how you look. I have no doubt my body would have completely changed if I decided to stick to this way of living—I noticed my stomach was flatter within a few days—but it’s hard to justify it when I have a job, a social life, school, and the glass of red wine currently in my hand as I write this.