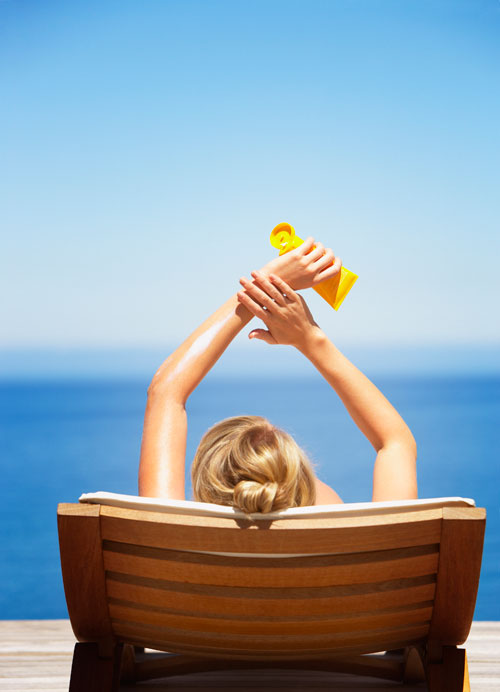 With the summer months approaching, we’re thinking about sunscreen — and we have a whole new reason to stock up on SPF. A new study published in the Annals of Internal Medicine says that sunscreen decreases skin aging by 24 percent.

Dermatologists have been warning people for years that unprotected UV exposure accelerates aging, but this is the first major study to prove that wearing sunscreen decreases wrinkles.

To measure the sunscreen’s effects, researchers took a silicone impression of the back of subjects’ hands at the beginning and again four years later at the end of the study to look for skin coarseness and patterns of lines.

Those who were instructed to wear sunscreen daily showed 24 percent less skin aging than those who didn’t. And if that’s just over four years, imagine how much younger a regular sunscreen wearer would look after, say, 10 or 20.

The moral of the story? Sunscreen doesn’t just help you look younger, longer — wearing it helps you look considerably less wrinkled. And don’t forget to apply it on the backs of your hands, which along with the face, show signs of aging before other areas.