When you think of popular strong woman quotes, what and who do you think of? For us, the first person who comes to mind is probably Beyoncé. Her music is everywhere, and more importantly than that, she’s a loud advocate for women’s empowerment. In fact, she just became the most awarded singer in Grammys history. But just because Beyoncé is the most prominent example doesn’t mean there aren’t countless other women who inspire us, and they’ve all got something to say.

From the former first lady Michelle Obama to pop culture icons such as Madonna and Taylor Swift, they elevate and empower women (and the world) at large. You don’t need to be enduring a bad day to deserve or enjoy a little pick-me-up. Peruse our top 65 strong women quotes guaranteed to inspire you below. 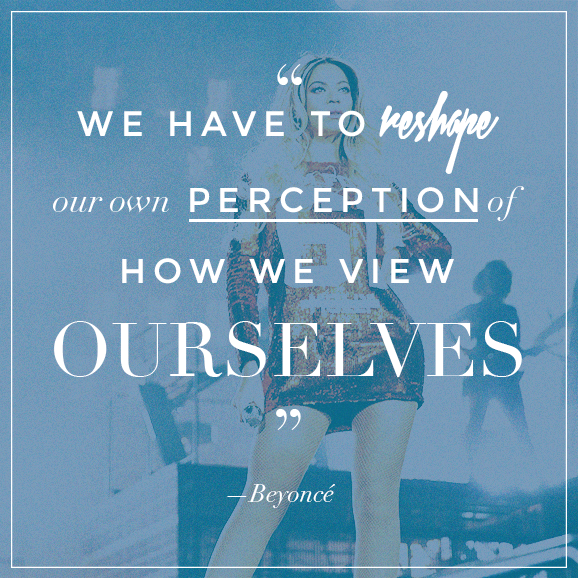 1. Women have to work much harder to make it in this world. It really pisses me off that women don’t get the same opportunities as men do, or money for that matter. Because lets face it, money gives men the power to run the show. It gives men the power to define our values and to define what’s sexy and what’s feminine and that’s bullshit. At the end of the day, it’s not about equal rights, it’s about how we think. We have to reshape our own perception of how we view ourselves. — Beyoncé

2. Sit down and ask yourself, ‘What is the most important thing to me?’ What grosses me out the most? What makes me the most upset — is it healthcare? Is it so many people being hungry in our culture? Is it sexual abuse?  Mix that with doing something you love, something you could keep doing forever and ever. For me it was ending violence against women, and I mixed it with music. And I’ve had a 25-year career. So that’s my advice: Find something you really care about and mix that with something you love doing. — Kathleen Hanna

3. Do not bring people in your life who weigh you down. And trust your instincts … good relationships feel good. They feel right. They don’t hurt. They’re not painful. That’s not just with somebody you want to marry, but it’s with the friends that you choose. It’s with the people you surround yourselves with. —Michelle Obama

We realize the importance of our voices only when we are silenced.

4. We realize the importance of our voices only when we are silenced. — Malala Yousafzai

5. I would rather be handsome for an hour than pretty for a week. — Tilda Swinton

6. Take care of yourself now that you’re old enough to know how. Drink water, sleep eight hours (I wish), and don’t go within 400 feet of a tanning booth or I’ll slap you. Hard. — Olivia Wilde

7. Instead of looking at the past, I put myself ahead twenty years and try to look at what I need to do now in order to get there then –Diana Ross 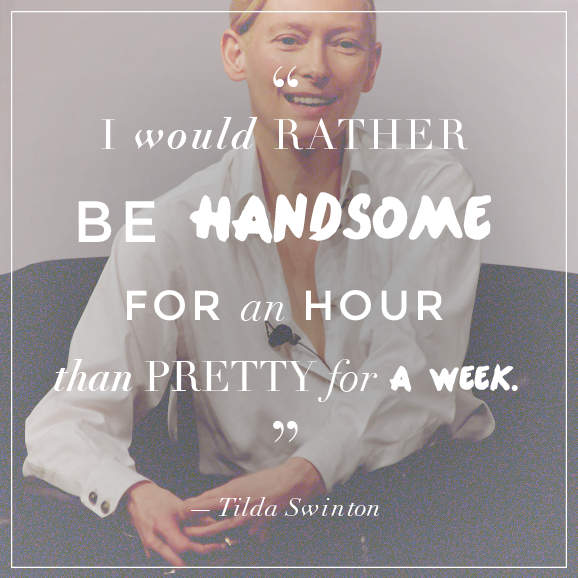 8. I’m tough, I’m ambitious, and I know exactly what I want. If that makes me a bitch, okay. — Madonna

9. Take criticism seriously, but not personally. If there is truth or merit in the criticism, try to learn from it. Otherwise, let it roll right off you. — Hillary Clinton

10.When looking for a life partner, my advice to women is date all of them: the bad boys, the cool boys, the commitment-phobic boys, the crazy boys. But do not marry them. The things that make the bad boys sexy do not make them good husbands. When it comes time to settle down, find someone who wants an equal partner. Someone who thinks women should be smart, opinionated and ambitious. Someone who values fairness and expects or, even better, wants to do his share in the home. These men exist and, trust me, over time, nothing is sexier. — Sheryl Sandberg

11. I said, ‘Instead of going in the direction that a lot of the women singers are going in [revealing], I’ll be very, very sexy under 18 pounds of chiffon and lace and velvet…I will have mystique.’ — Stevie Nicks

Never be ashamed of how you feel.

12.I have come to realize making yourself happy is most important. Never be ashamed of how you feel. You have the right to feel any emotion you want, and do what makes you happy. That’s my life motto. — Demi Lovato

13. The girls who were unanimously considered beautiful often rested on their beauty alone. I felt I had to do things, to be intelligent and develop a personality in order to be seen as attractive. By the time I realized maybe I wasn’t plain and might even possibly be pretty, I had already trained myself to be a little more interesting and informed. — Diane Von Furstenberg

14. Don’t compromise yourself. You are all you’ve got. There is no yesterday, no tomorrow, it’s all the same day. –Janis Joplin 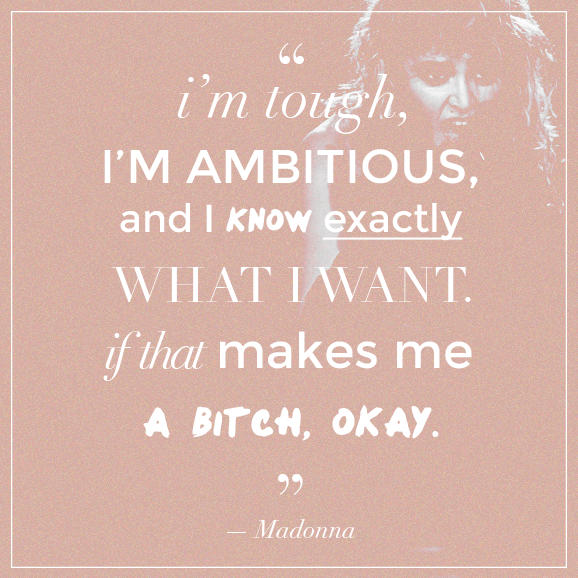 15. I’ll be honest with you. I’m a little bit of a loner. It’s been a big part of my maturing process to learn to allow people to support me. I tend to be very self-reliant and private. And I have this history of wanting to work things out on my own and protect people from what’s going on with me. — Kerry Washington

If you want anything done, ask a woman.

18. The first problem for all of us, men and women, is not to learn, but to unlearn. — Gloria Steinem

19. Buckle up, and know that it’s going to be a tremendous amount of work, but embrace it. –Tory Burch

20. I’ve learned that you shouldn’t go through life with a catcher’s mitt on both hands; you need to be able to throw something back. — Maya Angelou 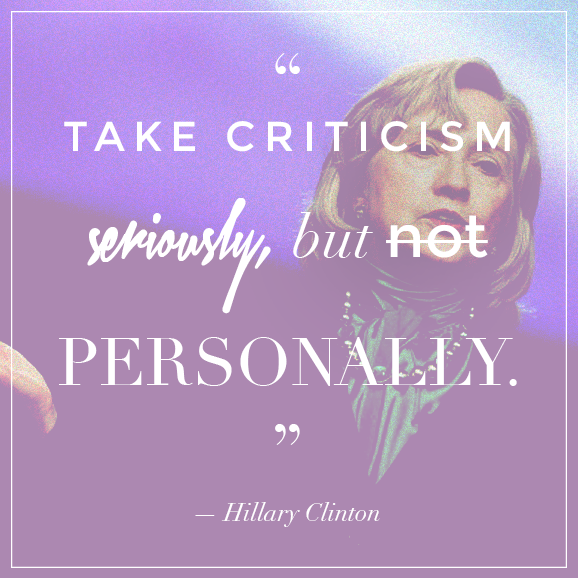 22. If you obey all the rules, you miss all the fun. — Katharine Hepburn

23. Everyone has inside of her a piece of good news. The good news is that you don’t know how great you can be, how much you can love, what you can accomplish, and what your potential is. — Anne Frank

24. You grow up the day you have your first real laugh at yourself. — Ethel Barrymore

The secret of getting ahead is getting started.

25. The secret of getting ahead is getting started. — Sally Berger

27. A woman has got to love a bad man once or twice in her life, to be thankful for a good one. — Marjorie Kinnan

28. I just love bossy women. I could be around them all day. To me, bossy is not a pejorative term at all. It means somebody’s passionate and engaged and ambitious and doesn’t mind learning. –Amy Poehler 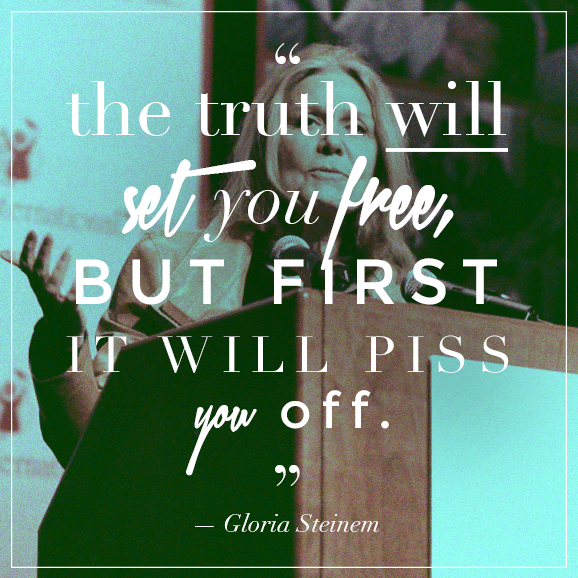 29. You take your life in your own hands, and what happens? A terrible thing: no one to blame. — Erica Jong

30. I’m not afraid of storms, for I’m learning how to sail my ship. — Mary Louise Alcott

The most courageous act is still to think for yourself. Aloud.

33. The most courageous act is still to think for yourself. Aloud. — Coco Chanel

34. Stop wearing your wishbone where your backbone ought to be. — Elizabeth Gilbert

35. Avoiding danger is no safer in the long run than outright exposure. The fearful are caught as often as the bold. — Helen Keller 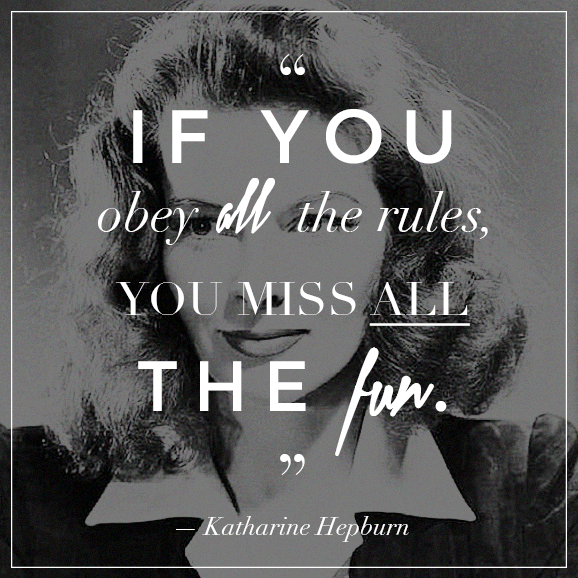 36. I know for sure that what we dwell on is what we become. — Oprah Winfrey

38. I have learned over the years that when one’s mind is made up, this diminishes fear; knowing what must be done does away with fear. — Rosa Parks

39. Do you really want to look back on your life and see how wonderful it could have been had you not been afraid to live in? — Caroline Myss

It’s not your job to like me, it’s mine

41. Aging is not ‘lost youth,’ but a new stage of opportunity and strength. — Betty Friedan

42. It needs to be said and heard: it’s OK to be who you are. –Hailee Steinfeld 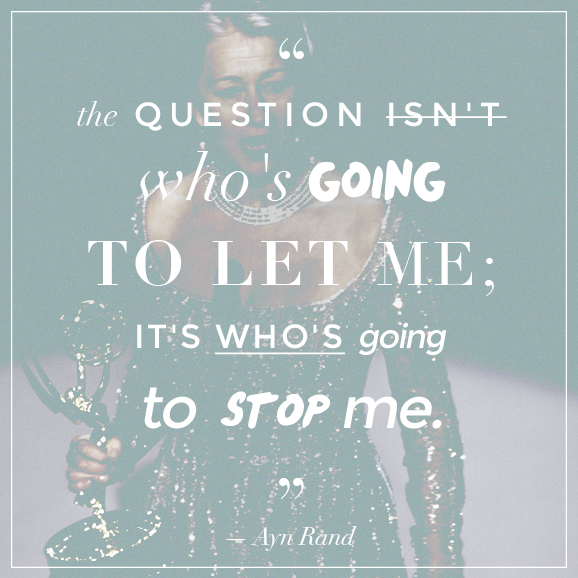 43. A woman is the full circle. Within her is the ability to create, nurture, and transform. — Diane Mariechild

44. The most common way people give up their power is by thinking they don’t have any. — Alice Walker

45. Without leaps of imagination, or dreaming, we lose the excitement of possibilities. Dreaming, after all, is a form of planning. — Gloria Steinem

Just don’t give up trying to do what you really want to do.

46. Just don’t give up trying to do what you really want to do. Where there is love and inspiration, I don’t think you can go wrong. — Ella Fitzgerald

48. A feminist is a person who believes in the power of women just as much as they believe in the power of anyone else. It’s equality, it’s fairness, and I think it’s a great thing to be a part of. –Zendaya 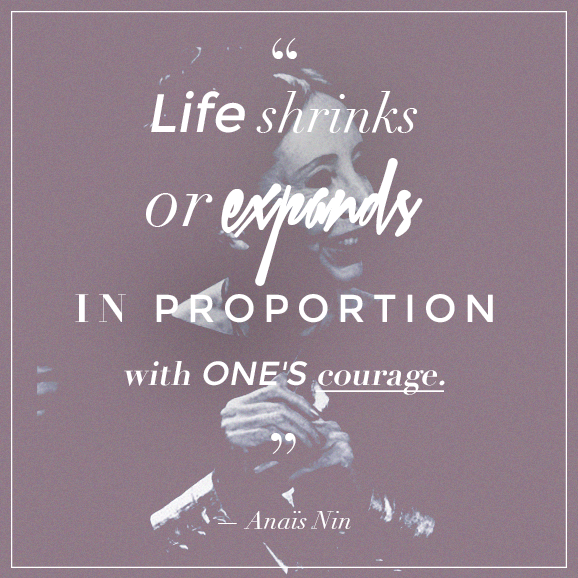 49. The best protection any woman can have is courage. — Elizabeth Cady Stanton

50. We teach girls to shrink themselves, to make themselves smaller. We say to girls: ‘You can have ambition, but not too much. You should aim to be successful, but not too successful. Otherwise, you will threaten the man.’ Because I am female, I am expected to aspire to marriage. I am expected to make my life choices, always keeping in mind that marriage is the most important. Now, marriage can be a source of joy and love and mutual support, but why do we teach girls to aspire to marriage and we don’t teach boys the same? — Chimamanda Ngozi Adichie

51. If your actions create a legacy that inspires others to dream more, learn more, do more and become more, then, you are an excellent leader. –Dolly Parton

The best protection any woman can have is courage.

52. Never doubt that a small group of thoughtful committed citizens can change the world. Indeed, it is the only thing that ever has. –Margaret Mead

53. Feminists believe that men and women should have the same opportunities. If you are a feminist you believe in equal rights as a whole. That’s not a concept you can really shoot down. –Lena Dunham

54. Figure out who are you separate from your family, and the man or woman you’re in a relationship with. Find who you are in this world and what you need to feel good alone. I think that’s the most important thing in life. Find a sense of self. With that, you can do anything else. –Angelina Jolie

55. I’m a woman, of course I still have curves on me, and that’s ok. I had a baby and I’ve worked hard. And I don’t think women should have to feel that kind of pressure. I’ve done it really healthfully, and I took my time. –Lily Aldridge 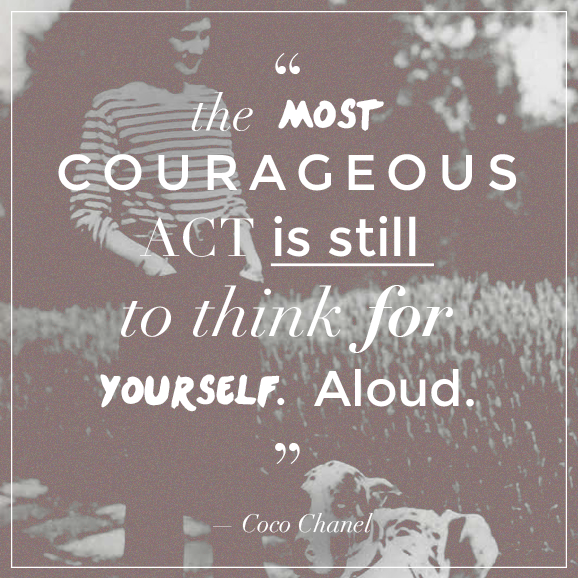 57. We’re here for a reason. I believe that reason is to throw little torches out to lead people through the dark. –Whoopi Goldberg

60. The truth will set you free, but first it will piss you off. — Gloria Steinem 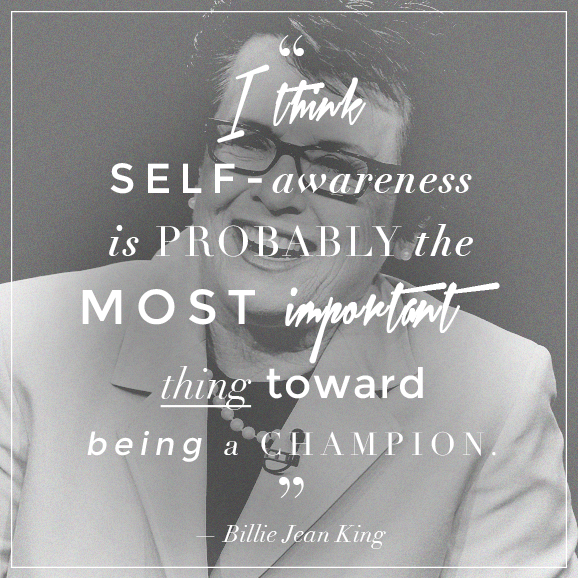 62. As long as you keep a person down, some part of has to be down there to hold him down, so it means you cannot soar as you otherwise might. — Marian Anderson

63. Life is not easy for any of us. But what of that? We must have perseverance and, above all, confidence in ourselves. We must believe we are gifted for something and that this thing must be attained. — Marie Curie

64. I think self-awareness is probably the most important thing toward being a champion. — Billie Jean King

65. I think the girl who is able to earn her own living and pay her own way should be as happy as anybody on Earth. The sense of independence and security is very sweet. — Susan B. Anthony

A version of this article was originally published in March 2017.