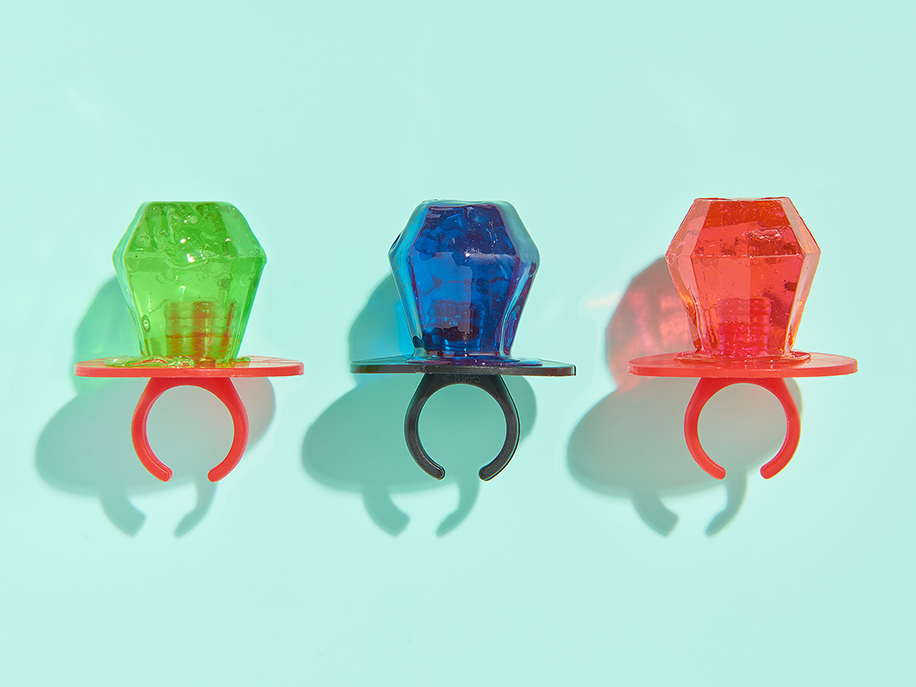 First, the bad (as in, truly terrible) news: Scientists have come up with definitive evidence that’s led them to believe sugar is toxic. The marginally more positive news is that you might actually be better off eating starches, which means that while you should probably kick your candy fix to the curb ASAP, you can actually replace it with a carb fix and—in theory—suffer fewer health consequences.

This runs contrary to most of the things we’ve been told over the past couple of decades, when many Americans have eschewed fat and carbs in favor of “diet” foods packed with added sugar. But now we know that even when it’s disguised as granola, fruit-flavored yogurt, or salad dressing, added sugar is god-awful for you, no matter how much lettuce you pile underneath it.

According to Time, Dr. Robert Lustig of the department of pediatrics at the University of California, San Francisco, and his colleagues think that they’ve reached a conclusion of “hard-and-fast data that sugar is toxic irrespective of its calories and irrespective of weight.” In most lab studies that reduce a dietary intake of sugar, participants end up consuming fewer calories overall, making it unclear as to whether the changes were due to the removal of sugar or the drop in calories altogether.

But Dr. Lustig’s study collected data from 43 Hispanic or African-American children from eight to 18 years old. After taking detailed food questionnaires from each child, he asked them to replace each sugary item in their diet with a starchy item, with the overall number of calories remaining the same. “Everything got better,” Dr. Lustig said about small (and not necessarily healthy) changes such as “[taking] sweetened yogurt out and [putting] baked potato chips in.” Having their total dietary sugar reduced to 10 percent over the course of nine days showed lower blood sugar levels, a decline in triglyceride and LDL levels, and significantly less fat in the liver, even though, as Dr. Lustig said, “we gave them crappy food, shitty food, processed food—and they still got better.”

For a society that’s often told that carbs are the enemy while the downsides of sugar take a backseat, this may come as a huge surprise. “Decreasing sugar intake is not news,” says Selvera Wellness Registered Dietitian Amanda Foti. But, she says, “this study in particular offers insightful information about the direct effect sugar, and not an overall lifestyle change, may have on our health.”

We’re not about to recommend that you simply remove sugar from your diet and replace it with starches aplenty, but it just goes to show that added sugar may very well be the worst thing we can put in our bodies as it relates to both weight and overall health. If these “crappy food” replacements made such a significant difference, imagine how much better the results could have been if those foods were replaced with healthier options.

If these facts alone aren’t enough to break you of your sugar addiction, Foti—who acknowledges that sugar addiction is a very real thing—offers a few tips. “Brain scans have revealed that consuming sugar activates a reward sensation, a similar effect that some drugs have,” she says. Uh, scary. But, she adds, “the less sugar we consume, the less we will crave it.” She recommends starting first by having a list of go-to sweet snacks that contain less sugar than what you’re craving. “Once you’ve mastered that, then start to slowly decrease the frequency of giving into these cravings.” Baby steps.