Maybe you’re the sort of person who can’t stand the taste of coffee. You wrinkle your nose up at soft drinks. And yet you need—no, you crave—that dose of sweet, sweet, caffeine in the morning. If drinking Red Bull just isn’t your thing, then maybe consider a new product from start-up entrepreneurs Deven Soni and Ben Yu. It’s called Sprayable Energy, and as you may guess from the name, it’s a sprayable dose of caffeine.

MORE: Science Says The Best Time To Drink Coffee Isn’t Only The Morning

Yu and Soni came up with the idea after talking with Yu’s father, who is a trained chemist. The pair developed the formulation for sprayable caffeine, and then launched an Indiegogo campaign to fund a batch of the stuff. They easily surpassed the $170,000 goal they set for their spray-on formula, which works through the skin. You spray it on your neck, and it (allegedly) gives you that same jolt of energy you get from any caffeinated beverage. 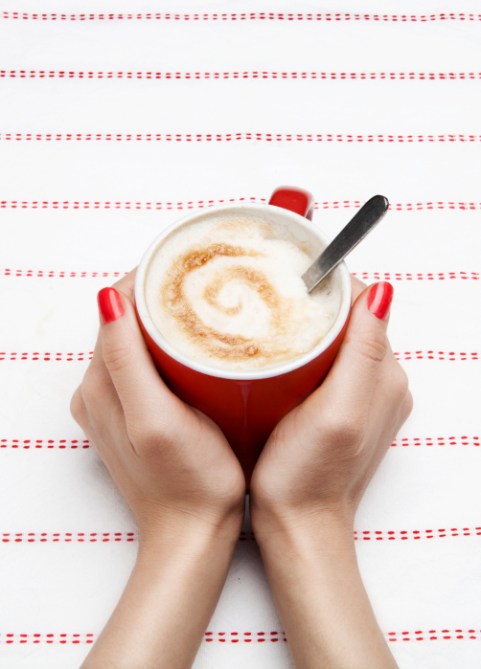 MORE: Yikes! 10 ‘Healthy’ Foods That Are Actually Really Bad For You

Soni and Yu say that four squirts of the spray is equivalent to one cup of coffee. The spray is odorless, and dries almost instantly. People who have used it say that the jolt of energy they feel is actually more similar to what you might feel after drinking a 5-Hour Energy drink or a Red Bull than coffee, but are thrilled with the results, nonetheless.

“We have had hundreds of people try it, and for those that aren’t three-espressos-a-day kind of coffee drinkers, they absolutely love it,” Soni told The New York Times. “But people who usually drink a lot of coffee may not feel energized in the pronounced way they are used to. This is a longer sustained energy.”

As Starbucks addicts, we’ll stick to our lattes—but what do you think? Would an energy spray be something you’d try?